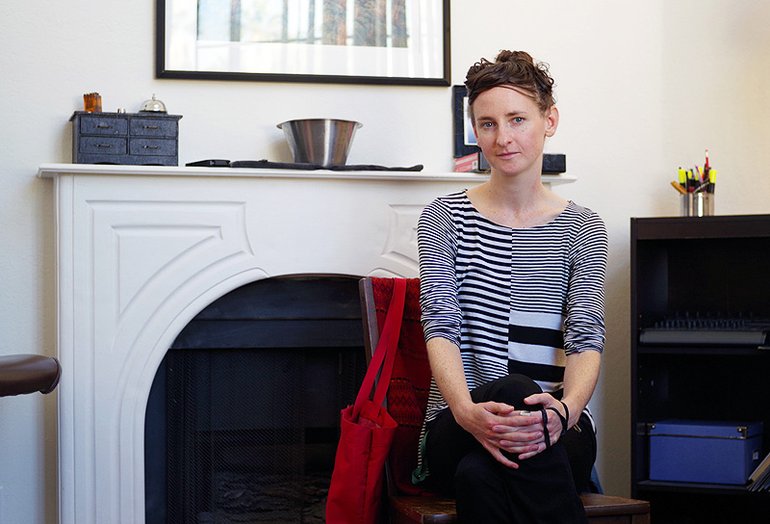 “When I first heard ‘Lift’ I immediately started thinking of specific images, not even knowing that I’d be making a video. The amazing thing about the song to me is how the many layers interact with each other. Any given second of the song can sound terrifying, beautiful and hilarious all at once. At the same time, I was listening to the music I was really into studying Illuminated Manuscripts and Medieval Illustrations. In my mind the chaos of the music paired well with this look so I came up with the idea of depicting an ancient society, their rituals and preparations for monsters. (The monsters were expertly animated by Simon Wilches-Castro). I love working with Katie’s music because there are so many ideas buried in there to play with, and the silliness and utter beauty of it all lends itself well to animation.”

If the history of music has taught us anything, it’s that sometimes the best musical moments are truly serendipitous—happy accidents that have more to do with chance or luck or simply making the most out of whatever you happen to have access to. In the case of Katie Gately, the impulse to make music was born out of a profound curiosity and a deeply DIY aesthetic. Even as she is poised to release her debut, Gately still gets the jitters when talking about her beautiful, densely layered music. “I still get so freaked out talking about my music,” she says. “It’s like, ‘Oh no, people think I know what I’m doing!’ It’s still so scary to me. The record is done and I still feel like I don’t know!”

Gately, insists that it’s her general naiveté about what she’s doing (“I have no legitimate background in music” she says, “I never played an instrument when I was a kid and I’m only now taking my first music theory class.”) and the self-derived nature of her process that keeps things interesting, not to mention the lure of new sounds out in the world waiting to be discovered. “When I leave L.A. my main priority is to always bring my recorder,” she says. “But cool sounds are always all around you. Sometimes friends will be like, ‘Oh, I have this chair and it makes this weird sound. I think you’d like it!’ They know that I won’t be able to resist coming over to record it.”