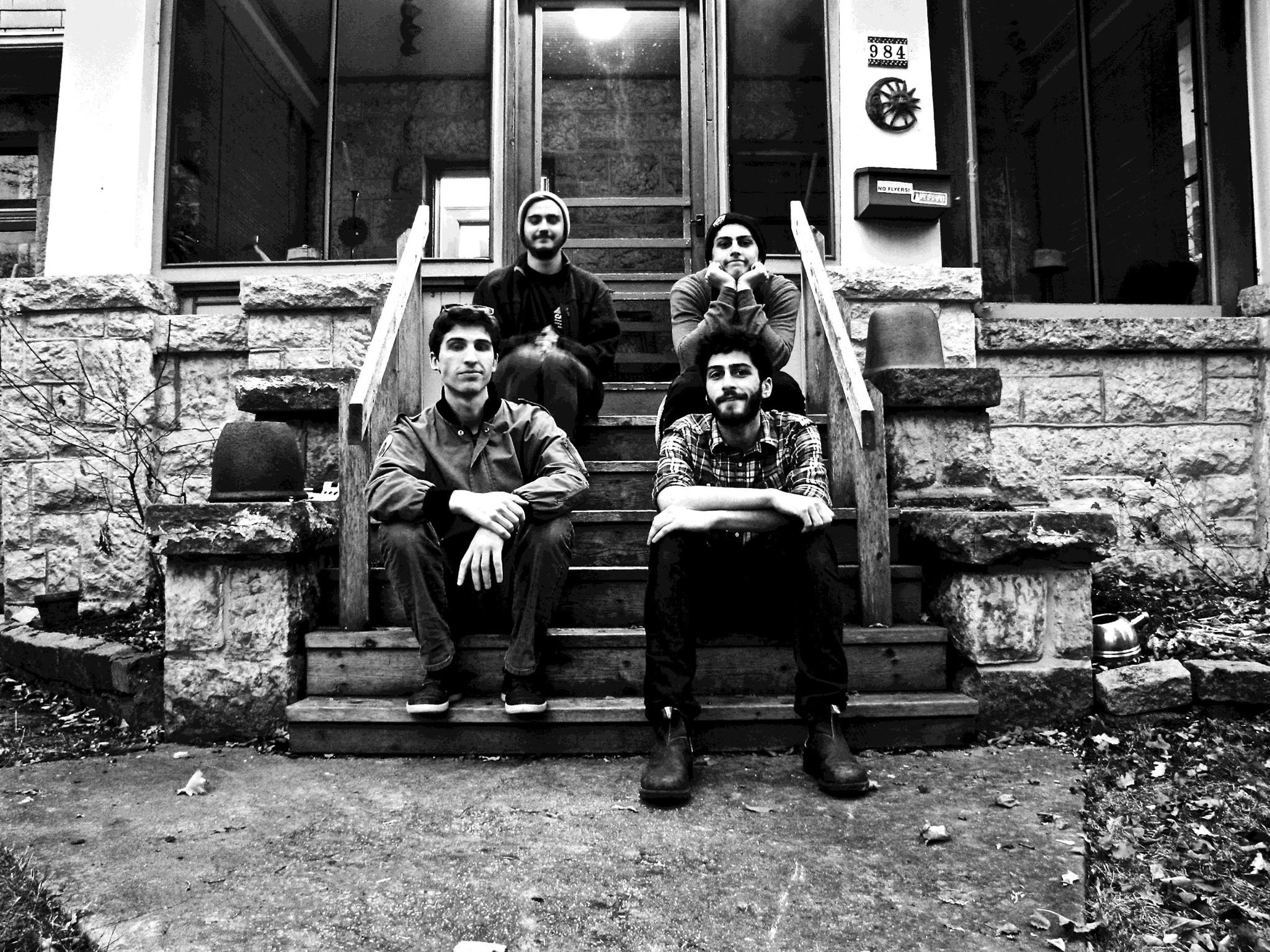 Canadian folk rock band Kakagi is pleased to announce it’s Spring 2017 tour, marking their first foray outside of their hometown of Winnipeg. The quartet will be touring in support of their 2016 debut EP Pronounced: /Ke-Ka-Gi/ with 8 dates including stops in Regina, Edmonton, and Calgary. “This is a huge step for us, and we are just giddy at the prospect of taking these tunes to new markets” says songwriter and lead vocalist Jacob Brodovsky. The band will conclude their tour in Winnipeg on May 11 at The Good Will Social Club with local heavyweights The Lucas Roger Band, and Trampoline.

In addition to the tour announcement, the band is premiering a new live video for their song, “The Inbetweener.” Filmed at local Winnipeg glass artist Warren Carther’s home studio, the video features several of his glass installations. The Inbetweener describes the uncomfortable reality of people in our lives becoming trapped in unhealthy relationships. “It’s basically a song about being a by-stander to infidelity” says Brodovsky.

2017 started off strong for Kakagi; being voted Winnipeg’s favourite new band by local publication The Uniter. After the tour, the band plans to hunker down over the summer to write new material to be recorded and released in early 2018.