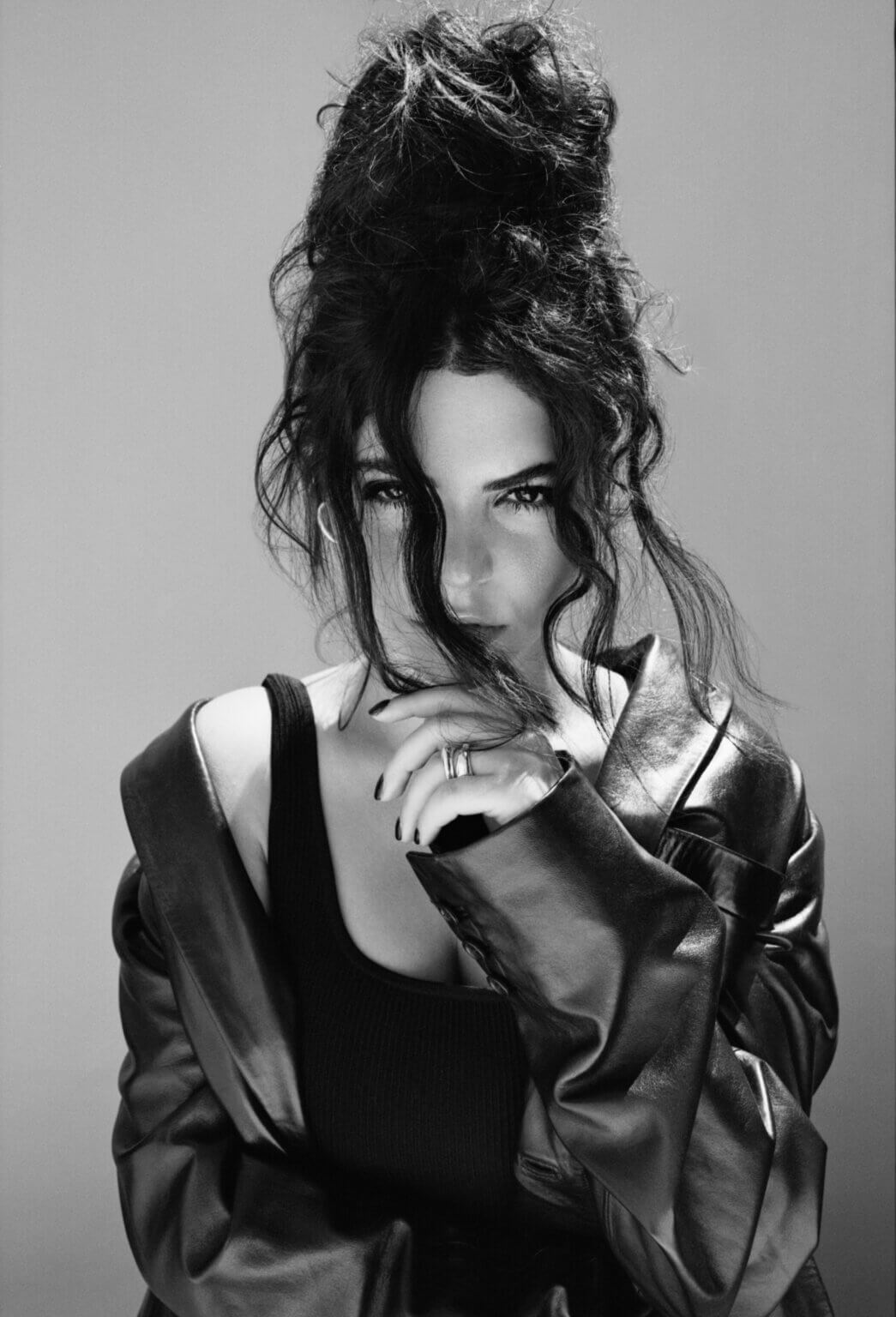 You never know where the artistic journey will take you. There are these moments in an artist’s career where it feels like they’ve made it and it’s just a matter of time and a few baby steps before all your wildest dreams come true but, it’s usually in these moments when a certain clarity can take over and you realize that maybe this isn’t what you’ve always wanted. For Alessia De Gasperis-Brigante, better known as kai, it’s been a journey that has taken her literally around the world to work with some of the biggest names in music that made her realize that this journey was more important for her creative endeavours then any perceived destination. From her humble start as a competitive dancer in Toronto to collaborations with artists like Skrillex, Diplo and Flume and over a billion streams on Spotify, kai has experienced the highs and lows of being a working musician, songwriter and producer and on the verge of settling down to release her latest single and video, entitled “a little too much”, she has realized that finding compassion and healing through her music has become the ultimate goal.

“I’ve been pretty much in quarantine for the last six months,” the thoughtful musician says when we reach her on the phone at her Los Angeles home. “Besides having to go out to a set, which was super safe, I’ve been hermiting,” she chuckles before adding, ”I’ve realized it’s kind of my happy place.” While you may not know kai by name, you’ve most definitely heard some of the songs she has written and sang on. After getting signed by Warner Music Canada at the age of 20, kai immediately began building up her songwriting credits with artists like Jessie J on “Sweet Talker” and Jack Ü’ on “Mind.” The biggest breakthrough she had though was with Flume on the monster track “Never Be Like You”, a song which went on to go double platinum. Before all of this happened though, kai was a competitive dancer in Toronto and through that endeavour became inspired to make her own music instead of just dancing to others. “I grew up competitively dancing from ages 6 to 15,” she explains, “and continued to do that till I was like 18 or 19. Tap dancing was my strongest form, it’s so super rhythmic and that’s how I learned about Prince for the first time from one of the choreographers that we were working with and I became obsessed with him. So many of the artists that I used to dance to have become some of the more influential artists to me to this day.” While kai was unafraid of getting up on stage to dance, music and singing was a total different matter to her. “From the time I started dancing, I was also singing. That was like from the age of two. I was so fearless when it came to dance but music was so personal to me and it was so scary to share, so I hid it for a long time. I had trauma from singing around people. I remember going to a singing competition when I was like 13 in some church and I walked in, saw all the people and walked right out,” she says with a laugh. “I hid it for a really long time and it’s taken me a long time to get to this moment where I’m fully even comfortable talking about with you about it.”

When kai graduated from high school, she found herself attending audio engineering school in Mississauga and shortly after was signed to Warner Music. “At the time this was the ultimate goal,” she says, “but looking back at that time, looking back on my twenty year old self, I’m so grateful that wasn’t my journey and that I have been slowly able to build and to do these features, which were amazing experiences. It gave me the opportunity to still share and create and put things out in the world.” When kai started getting the chance to fly to Los Angeles or New York City to attend writing camps, she was initially excited to be able to have these opportunities but as she says, it took her sometime to be able to feel comfortable. “Initially it was so overwhelming. I was playing small gigs in Toronto and then stopped doing those when I got signed as I was in the studio working on projects. I remember this one time, I was going to take a little vacation with my mother and I got this call from Diplo to come to Miami and perform with them at Ultra like the next day. Every part of me wanted to say no as I was terrified. There was going to be like, 50,000 people there but with these experiences that I’ve been able to have with these guys has made me realize the need to step out of my comfort zone. My competition training kind of kicks in and it’s like riding a bike.” One of the more influential experiences kai had was a writing camp she was asked to attend in New York for Flume. This helped her to really comprehend what her creative process could be. “These writing camp experiences are kind of like being in school again. You’re all in these different little rooms and just writing. When I got the call, I didn’t really want to do it but I really wanted to work with him so, of course, I said yes. When I got there, I ended up in the same room as Flume and we kind of immediately realized we were very similar. We are both water signs, both total introverts and had the same vibe and energy. He just looked up at me and said, “lets go get a drink” and I was so relieved. It was great to just hang out and talk and I realized that if you want to make something you should just do it. All these people just roll with it and that is a huge part of the creative process. I had the chance to work with Pharrell shortly after that and I was so nervous but you realize you just have to step into the room and roll with it.”

Recently kai decided to step away from the label that she has been working with for the past decade and become an independent artist. “It was a mutual decision between myself and the label. I was signed to Warner Canada and then that became a US deal in 2016 then there was a bit of a shake up and I found myself on a label with a whole new team. All new people and I was one of the only artists that they decided to hold over on their roster and it just wasn’t clicking. They believed in me enough to give my masters and let me go but by then I was ready and knew that it was a blessing. It really was a weight off my shoulders. I’ve found that I need to do things my way, to release songs when I want to and I don’t want to have to go through a whole team of people, especially at this point in my career.” With her newfound independence, kai is thriving. “It does feel like a restart, definitely,” she explains. “I look back on my twenty year old self who thought she needed a major label to make it. Little did I know that the first project that I am going to release is going to be the one I’m most happy with. It’s just these lessons we learn and find out about ourselves.” The single and accompanying video that kai is about to drop for “a little too much”, shows us an artist that sounds refreshed and confident. The song is buoyed by kai’s smooth vocals and melodic sense and features an absolutely ear worm of a chorus. For the video, kai knew she wanted to do something in animation and when the pandemic hit and lockdown had to happen, animation turned out to be the best way to do it. She found the Oscar nominated animation director Martina Scarpelli while searching through animated shorts on Vimeo and right away knew that this is who she wanted to collaborate on the project with. “I saw her short “The Egg” and just fell in love with her work,” kai explains of their meeting. “I sent it over to my creative director and we got in touch with her and after an initial call she was onboard. I really just wanted her to do her thing. It worked out so well, she’s Italian and I’m Italian so it was perfect,” kai says with a laugh.

With the new single dropping soon and more releases on the horizon, kai seems to be settling into a place of strength. This is an artist who knows what she wants and knows how she wants to do things. Through lockdown she’s been able to fully realize her potential. “I’ve been reclaiming my creative process these last three years and I’ve found that creating by myself, in my hermit mode, has been the most effective and most joyful that I’ve been. It has been a pretty positive experience,” she says of her quarantine. “I was really afraid of putting out my own solo stuff and on some level being in quarantine and releasing music for the first time this way has been a very gentle entry into everything and because of it, I’ve been able to stay as positive as possible.” Her positivity as a person and as an artist is genuinely inspiring through these rough times and with her new work, kai should find that this type of positivity is something that many of us will be drawn to and will very much appreciate about her and her wonderful songs. 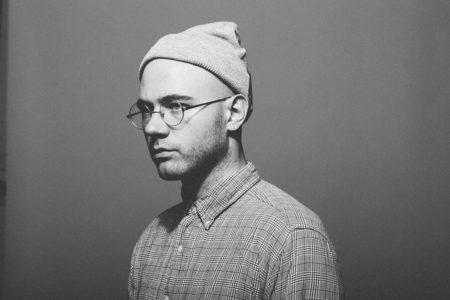 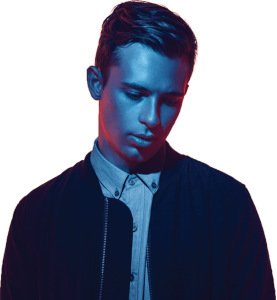