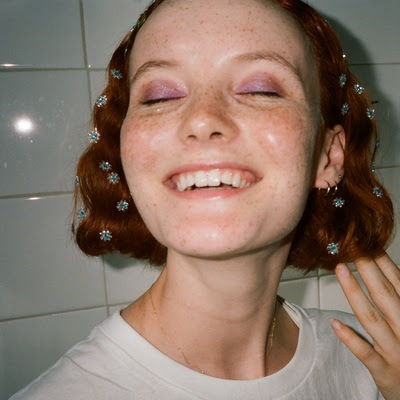 Kacy Hill has dropped a new clip for “Just To Say.” The song is from her current release Is It Selfish If We Talk About Me Again. Directed by Lauren Dunn, the “Just To Say” video follows “Everybody’s Mother,” “Unkind,” “Porsche,” “I Believe In You” featuring Francis and the Lights. In addition, Hill collaborated with Bon Iver on his latest track “PDLIF,” which was made in quarantine by piecing together contributions sent in from artists in self-isolation and benefitted the humanitarian aid organization Direct Relief.

In December 2017, Hill connected with Francis and the Lights and producer BJ Burton (Bon Iver, The Japanese House) in Minneapolis, where they started laying the foundations of Hill’s forthcoming record, Is It Selfish If We Talk About Me Again. In the following years, the remainder of the record was completed between L.A. and Minneapolis, with the help of another of Hill’s collaborators, the producer Jim-E Stack (HAIM, Caroline Polachek). Between Hill’s revitalized approach to making music, recently parting ways with G.O.O.D. Music—the label she initially signed to in 2014—and the Olympic-style competitive weightlifting she picked up a couple years ago, her forthcoming album marks an exciting new era in her career.