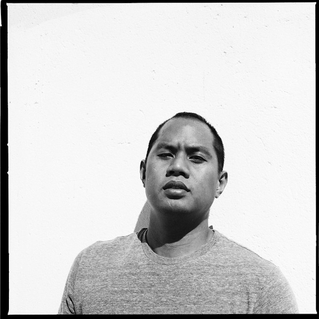 Who is Vex Ruffin:
He’s a Filipino-American solo artist who is from Chino Hills, a suburb that borders 3 colossal Southern Californian counties. His hometown is a bizarre fusion of suburban monotony intertwined with a widely dissimilar hodgepodge of communities. This communal paradox is reflected in his music as he straddles a range of genres but never fully pledges himself to just one musical identity.

NO ESCAPE is a collection of five songs, presented here as a free album download.

Vex explains his methodology for the track list: “These came from a batch of many songs I made in the past two years. Peanut Butter Wolf and I had a difficult time trying to decide which songs to put out so I closed my eyes and stuck with whatever songs my finger landed on.”

And the cover image: “It’s my dog Smush.”

On November 12th, Vex Ruffin’s self-titled debut album will be released digitally and on vinyl by Stones Throw and on cassette via Burger Records.