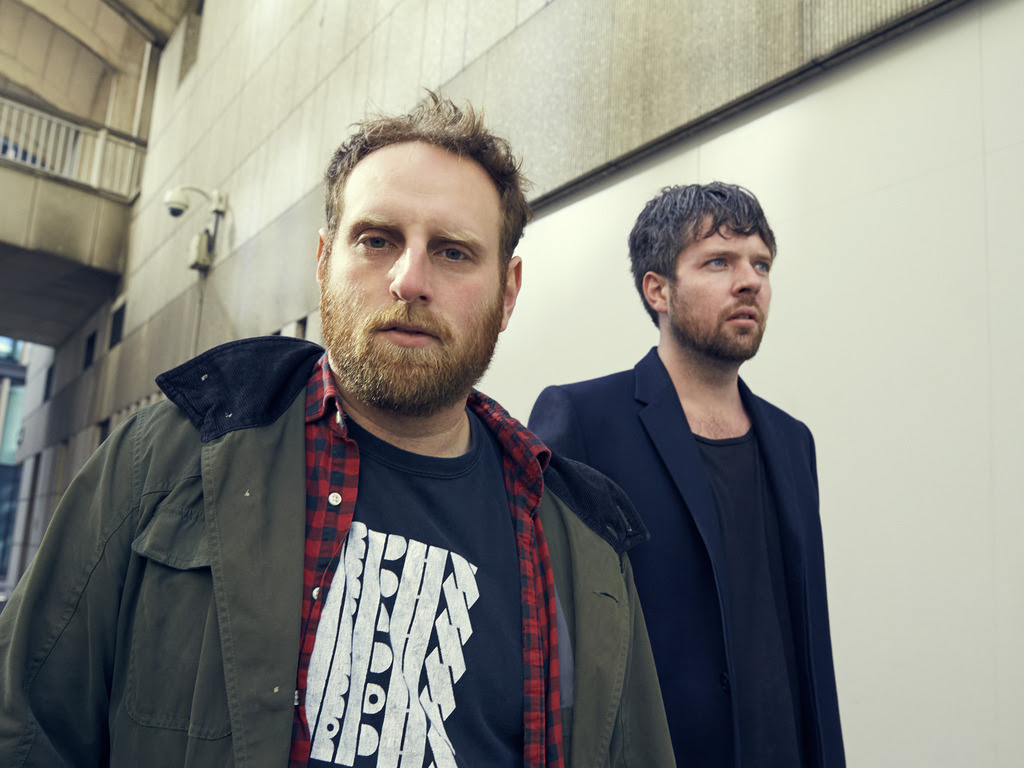 Junior Boys have announced their return with Big Black Coat, their first album in almost five years, and also their first for City Slang, who will release it on February 5, 2016 (the record will come out on the band’s own label, GEEJ, in Canada).
They’ve also shared lead single ‘Big Black Coat’, a decidedly wintry track that sees them embracing their love of techno while simultaneously refining their soul pop sensibilities. Additionally, Junior Boys will be touring the US and EU with Jessy Lanza starting in February of next year. Album art, Tracklist & Tour Dates below.

A dynamic set of songs, Big Black Coat is shaped by what Jeremy Greenspan and Matt Didemus have been doing in the five years since their last release. The Hamilton, Ontario duo have racked up four albums since they formed in 1999, including their 2004 debut Last Exit and 2006’s So This Is Goodbye, two records that were impeccably produced, and quickly found their place in the genre of digital R&B of last few years. Two albums followed, the last being It’s All True in 2011.

The years since then have been filled with independent pursuits. Greenspan released two solo singles and a collaborative EP on Jiaolong, the label run by his old friend and fellow Hamiltonian Dan Snaith (aka Caribou, Daphni — Greenspan also mixed several songs from Swim). Greenspan also co-wrote and co-produced Pull My Hair Back, the acclaimed 2013 album from Hamilton singer, songwriter and producer Jessy Lanza (more recently, the pair remixed Le1f). Meanwhile, Didemus — who’s now based in Berlin — started releasing solo tracks under the name Diva and launched his own label, Obsession. This shift in both Boy’s focus was crucial to the making of Big Black Coat.

“One of the nice things about doing the solo stuff,” Greenspan explains, “and in particular the album with Jessy, because it did so well, was that I could stop thinking about Junior Boys as being the thing I do and start thinking about it as a thing to do. That meant I could work with Junior Boys music with the same spirit as I did when it was new. It was hugely liberating and invigorating me, because I was doing things I felt really good and confident about. I was really happy with the last two Junior Boys albums, but if I look back on it, they were challenging records to make, in a way that this one absolutely wasn’t.”

This renewed vigor surges through Big Black Coat. It’s what carries its overall sharp mix of sounds. It’s what encouraged the pair to strip their original “complicated” version of ‘Love Is A Fire’ down to its compellingly looped bare bones and made Greenspan experiment with vocal treatments, as he does on the idiosyncratically Auto-Tuned ‘Over It’. But it’s the title track that sets the album’s scene. ‘Big Black Coat’ gradually warms and spreads light as it builds over seven minutes, nodding to Yellow Magic Orchestra (“their records are so strange,” reckons Greenspan) and Plastikman as it goes. It also features a conceptually crucial percussion sound, made with a modular synth. “To my ears, it’s the sound of fabric swishing,” Greenspan says. “That day, I bought a coat — in fact, a big grey coat, but singing ‘big black coat’ worked better. And it really encapsulated everything I was thinking about when I made the album, so I wanted that as the title.”

The previously released ‘What You Won’t Do For Love’ sees Junior Boys revising Bobby Caldwell’s over-easy soul track from 1978, adding a subtle undercurrent of UK bass to what is only their second ever cover. Elsewhere, there’s an acknowledgement of ESP’s 1986 proto-house tune ‘It’s You’, which uses an ultra rare Syntion Fénix synth (‘M + P’) and a ballad that reignites Greenspan’s love affair with the hushed, soulful pop of Prefab Sprout, 10cc and Scritti Politti, via contemporary R&B (‘Baby Don’t Hurt Me’). Detroit is a strong undercurrent flowing through the record too, with nods to heavyweights Robert Hood, Dan Bell and Richie Hawtin throughout.

Fusing disco and soul with the industrial pop and techno of Greenspan’s formative teens is what makes Big Black Coat so distinctive. It’s the sound of Junior Boys both cutting loose and reconnecting. As Greenspan sees it; “The fact that we haven’t put out an album in a long time has been liberating, in that we haven’t been so phenomenally successful that everyone knows who we are. With this album, a lot of people will be hearing us for the first time. There’s a freedom that comes from that.”