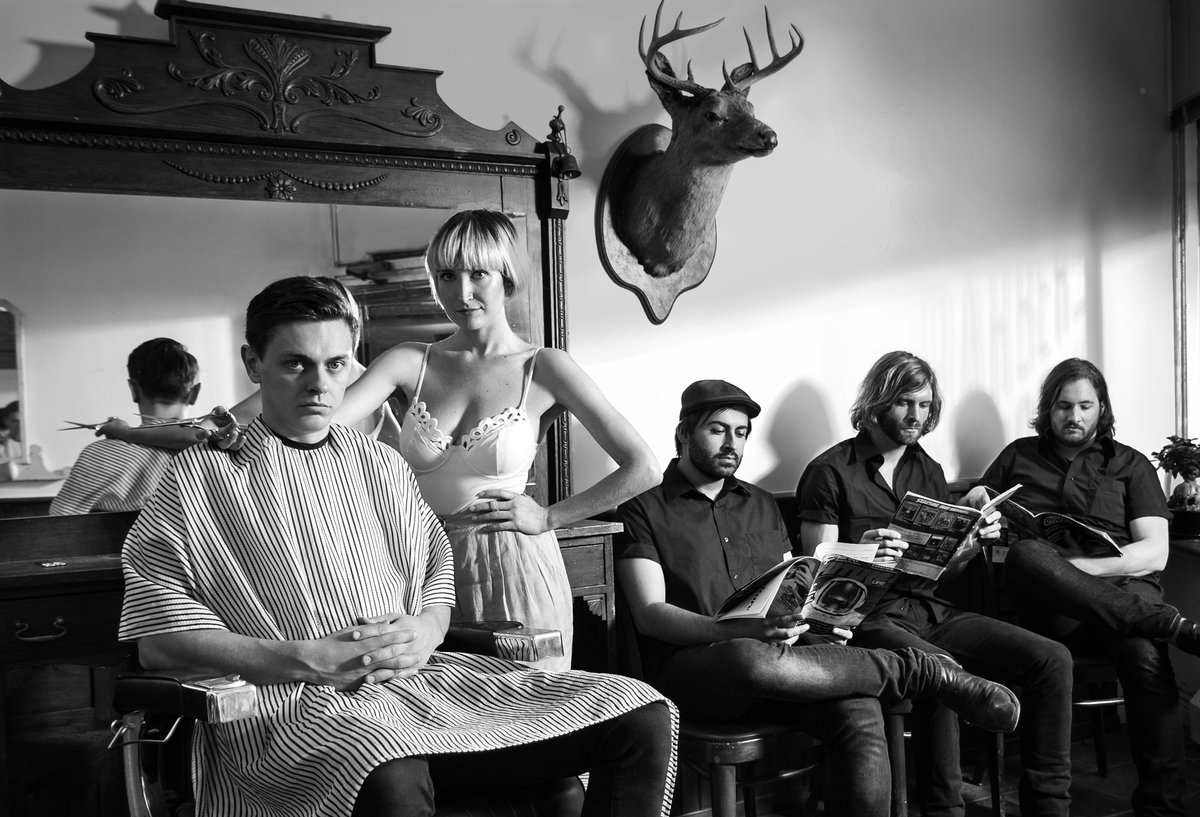 “Picturing Love was born out of a discussion with July Talk about the effect of modern technology on relationships. There is a sense that the plethora of different screens we use to try to feel connected, actually have the opposite effect. They either distort reality, giving us a pornographic version of romance, or worse they become a mirror, showing us only narcissistic images of ourselves.” He continued, “I pictured a relationship. Two people staring at each other, but between those two people are layer after layer of disorienting screens. These supposedly connected individuals are actually separated by social media, television, pornography and the vast internet. At the end of the video, the two characters turn and for the first time see each other with no screen, between them. They were in the same room the entire time, but distracted by each others “image.” Something I think we can all relate to.”

As well, July Talk will join Catfish And The Bottlemen on their UK tour. The two bands will play nine shows across the UK including three back-to-back shows at Manchester’s Victoria Warehouse and a date at London’s SSE Wembley Arena on November 15. The tour kicked off this weekend on Nov 5 at Derby Arena. In addition to their support dates, July Talk will also play a few headlining shows around UK and Ireland.

In December, July Talk will play two headlining shows in New York and Detroit at Bowery Ballroom and the Shelter respectively. The band will also embark on an expanded early 2017 tour of the U.S. in January and February, which will include some make-up dates for those cancelled this November due to the Catfish tour.