In 1997 legendary Riot Grrrl pioneer Kathleen Hanna released a solo album under the name‚ “Julie Ruin” with the intention of forming a band to perform the songs live. In 2010 she built her dream team who quickly learned the songs and then recorded their own debut album titled Run Fast. Fans rejoiced as the band dominated stages around the world from NYC to Australia in support of Run Fast. Following Kathleen’s collaboration on Mykki Blanco presents Gay Dog Food this fall, they can celebrate once again with the news that The Julie Ruin is back in the studio working on new material.

The band has released the song “Blueberry Island”, a track featured on the digital release of the soundtrack for the IFC bio pic about Kathleen called The Punk Singer. It will also be made available as a limited edition 7” single featuring the “Right Home” (YACHT Remix) b-side via the Federal Prism Pop Up Store.

A celebrated, outspoken figure at the forefront of feminist punk, Kathleen Hanna, lead singer of the punk band Bikini Kill and dance-punk trio Le Tigre generously donated her zines collection to the Fales Library Riot Grrrl Collection and the Museum Of Modern Art. An issue of Kathleen’s Bikini Kill zines is currently on view in the exhibition Making Music Modern: Design for Ear and Eye, in the 3rd floor Philip Johnson Architecture and Design galleries at MoMA. The exhibition is on view from November 15, 2014 – November 1 of 2015.

Kathleen also stars in a short film titled Myrna The Monster, playing the voice of Myrna, a heartbroken alien dreamer from the moon transitions into young adult life in Los Angeles just like any other 20-something. Written and directed by Ian Samuels and made with love by MTV(Other) the film will premiere at Sundance. Watch the trailer for Myrna The Monster below.

The Julie Ruin is Kathleen Hanna on vocals (Bikini Kill, Le Tigre), Kathi Wilcox on bass (Bikini Kill, Frumpies, Casual Dots), Kenny Mellman on keys (Kiki and Herb), Carmine Covelli on drums (Bridget Everett and the Tender Moments) & Sara Landeau on guitar (The Slips, The Chickletts). Head over to The Julie Ruin web store for records, tote bags and a new limited edition t-shirt made in collaboration with Seth Bogart from Wacky Wacko. 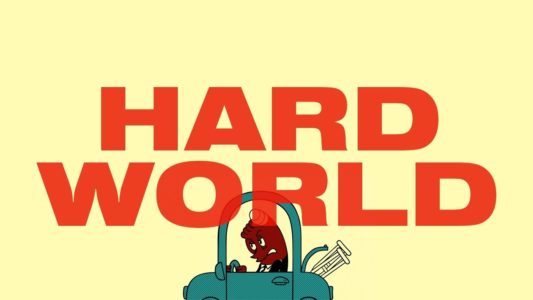 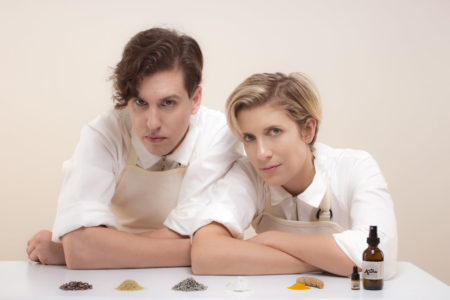