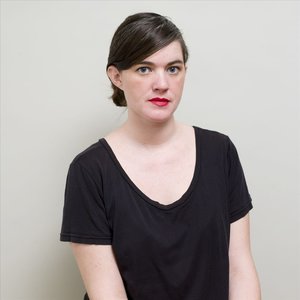 Julianna Barwick has premiered an otherworldly video for “The Harbinger” today. Helmed by frequent collaborator Derrick Belcham, the images highlight the ethereal quality of the song itself. Julianna’s ghost floats in a pool, her dress cuffs fluttering like jellyfish and a wispy train of tulle her shroud. Belcham says, “The video illustrates a moment in which an individual makes a sudden choice which they know will change their life forever, for better or worse, and the freedom that this affords them, liberating or oppressive. It is a non-linear illustration of catharsis.”

Julianna’s headlining US west coast tour starts in Lincoln, NE on November 15 and continues with stops in Seattle, San Francisco, Los Angeles and San Diego (where she’ll appear with Mark McGuire), among a host of other cities. The tour also features a stop at the Flaming Lips’ Womb Gallery in Oklahoma City. A full set of tour dates is listed below.