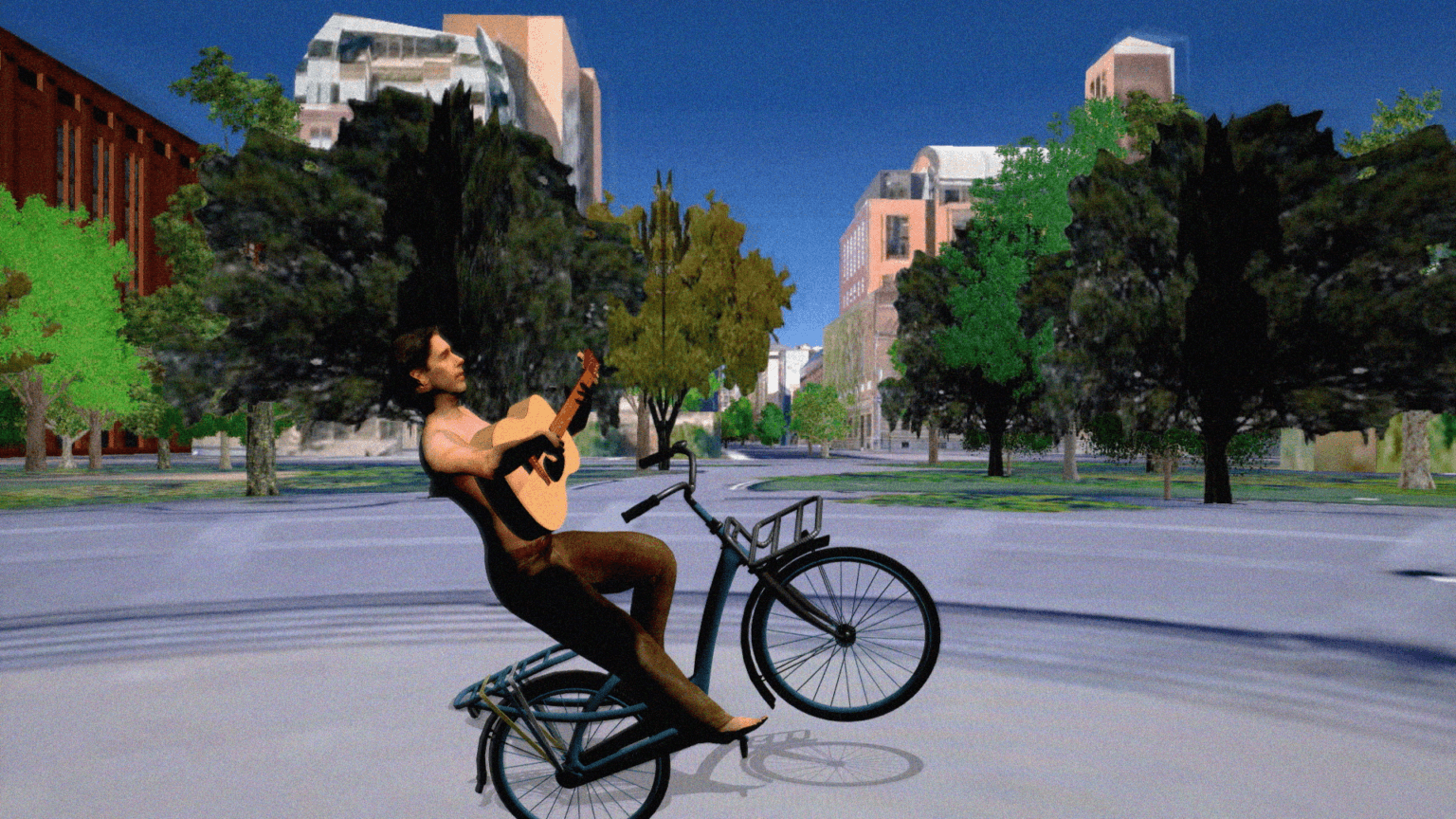 Juan Wauters has released a video for for “Locura.” The clip was directed by Jvy Vazquez and JP Bonino and animated by Jvy Vazquez, JP Bonino and Patricia Iccardi. Now you can experience the “real” sites with him, as well as a few unexpected surprises, as he bikes through the virtual city streets. Wauters, recently released his album Real Life Situations, featuring songs with Mac DeMarco, Homeshake, Nick Hakim, Cola Boyy, El David Aguilar, and more,

Quote from Jvy Vasquez on the video for “Locura:”

“We are making a love letter to the video games from the early 2000s. Games such as THPS2 or any other platform games from the first generation of 3D consoles inspired us. The animations, gameplay, and aesthetics back in the day were full of glitches and visual errors that nowadays look obvious, but at the time were 100% part of the visual language used… and we pretty much grew up with that. In the exchange of ideas w/ JPW [Juan Wauters], he brought to the table (as inspiration) a music video from Beck that heavily influenced the creative way of the video.”

Until recently, Wauters had viewed his solo project as just that – a singular expression of his artistic vision. A trip through Latin America while recording his last album, however, laid the groundwork for a different approach. Inviting local musicians to contribute to the songs he was working on produced a collection unlike any of his previous work.