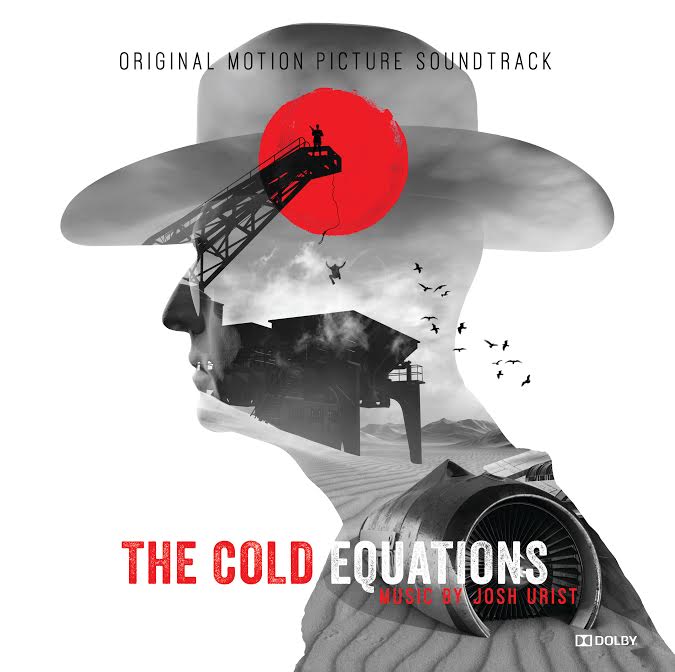 From composer Josh Urist on making The Cold Equations:

When making The Cold Equations, there was an implied story behind those instrumentals. I was thinking in terms of mood and character ideas while I was working in the studio with Stuart Bogie, who produced the record with me. Stuart is a wonderful producer, and his contribution to the music is really immeasurable. The sense of narrative kept developing as we worked, and that evolved into the idea of releasing the record as a soundtrack to a movie. Of course, there was no movie, so we created an imaginary one. It’s not a unique idea–the fake movie soundtrack–but I did my best to put my own spin on it. I tried to approach the process kind of like writing for picture, and I tried to really serve the story ideas that we imagined.

The concept for the fake movie is inspired by Tom Godwin’s 1954 short story “The Cold Equations.” It’s a merciless story involving a spaceship pilot, a teenage girl who has stowed away on board, and an impossible decision that the pilot must make. A new story, inspired by Godwin’s, started to take shape in my mind as we were working on the record. Working with John Leamy, who played drums on much of the record, the vision for the “film” began to really come to life. John and I developed a plan to really take the fake movie idea as far as we could take it. By that I mean that John wound up doing a ton of unbelievable work in terms of bringing the whole idea to life in visual form. John did all the album artwork. John also directed the film trailer that we shot, edited it and did the 3D work.

A lot of good friends came in to guest on the record. My friendships with most of them go back to college, and even high school. That really made the process special. I loved making this record.

From John Leamy on Directing the Movie trailer:

When it was time to make the trailer for The Cold Equations, we knew we had to find a location that felt somewhat post-apocalyptic and would give us some opportunities to shoot some wider environments – although I had to make a couple. We found an abandoned power plant from the turn of the century on the banks of the Hudson River, and it fit the bill perfectly. It was also crazy cold. The river was choked with ice flowing downstream. Perfect! Josh’s brother Gabe agreed to play the part of the “pale rider” character, and he possesses a real gravitas on film that I’m not sure any of us counted on. When it was time to edit, the cinematic quality of the track became even more evident. Truly fun to make, and a beautiful album.