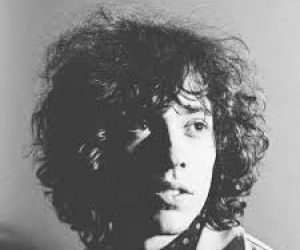 Jonathan Rado is a songwriter, a staid performer, an evangelical producer – the 23-year-old California native’s solo project, fashioned on brief sabbatical from his main project, Foxygen, is a deliciously self-conscious piece of esoteric apocrypha. Like character games, or symphonies of nonsense imitation-language, his records are cathartic, designed only to liberate the body and break the awkwardness of obsessive, existential silence. Alone in a bedroom, the holy land where he’s been experimenting with recording since junior high, Rado laughs nervously and eats his fingernails, awestruck by the sublimity of the aural world. The smallness of his own anemic voice confounds the babe agape, and only by adopting the task of genre does he transcend his own limitations to stand comfortably at the precipice of sound.

On his debut solo album, Law and Order, the San Fernando Valley and the Lower East Side flirt over muddy coffee, get married over corned beef, and give birth to a Motown drum beat – but something is amiss. For example, there is no bass line on LA-psychedel-dance-jam “Seven Horses,” and not a single hand clap satisfies the droning singer’s gently repetitive request, “If you feel it all, clap your hands.” “Hand In Mine” sounds like an idea Johnny Cash had while sleepwalking through a fever dream. June is awakened by a frenzy of crashing symbols and revelatory mumbling as Johnny, pajama’d, arranges equipment atop the bed and holds out an urgently affectionate hand, beckoning her to sing. She complies without ever removing her silken, floral eye-shade.

The zonked-out guitarist settles back to warm Christmas sleep but dreams only of synthesizers. “Looking 4a Girl Like U” is an opium den, and there in the running shower Prince stands, sultry. He kaleidoscopically unbuttons his soaked, sequined shirt for six consecutive minutes, screaming baaaaaby and ego-dancing until “I Wood,” a folk spasm of paranoid schizophrenia in which Rado’s Bob Dylan vowels pile so heavily upon a White Fence-minor progression that Tim Presley actually materializes on “Faces” to turn the water and steamy distortion off. “All The Lights Went Out In Georgia” is a self-loathing diary entry thrown into a fire and “Pot of Gold” gets too drunk, freaks out, and starts hitting on everybody. So Rado wraps up the album and apologizes to everyone, promising not to invite that guy over anymore.

Crafted by a serious conductor of gracelessness and good-humored imperfection, this album champions simplicity, catchiness, and cranberry-plush playfulness, without ever maliciously satirizing the material of inspiration. Rado enters familiar musical forms and puppeteers caricature voices with the most appreciative irreverence and, stretching out on a big burlesque bed, he bends brass platitude until it sounds Rado-y and golden. – JACLYN COHEN