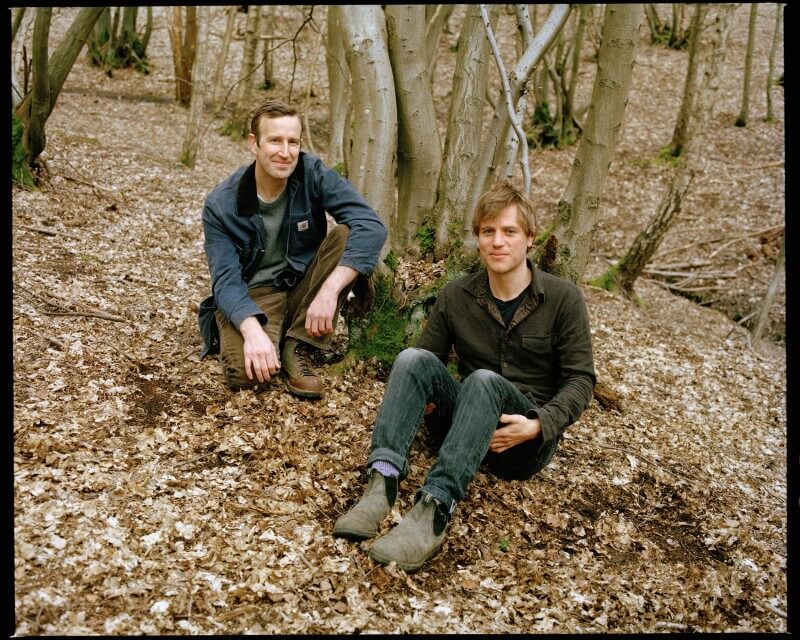 While writing and recording a new album during lockdown was never the plan for English songwriter Johnny Flynn, his newfound time and the need to escape creativity resulted in the perfect opportunity to start a new project. His new album Lost In The Cedar Wood is a musical collaboration between Flynn and the award-winning writer and Cambridge professor, Robert Macfarlane.

The two pulled inspiration from the world’s earliest known body of literature, The Epic of Gilgamesh and have created a beautifully acoustic album filled with light and obscurity. Northern Transmissions spoke to Flynn about the recording process, staying positive and keeping creative over the past year.

This interview has been edited and condensed for publication purposes.

Northern Transmissions: I really enjoyed getting lost in the guitars on this album. There’s a lot of Americana influence and I love that resonator sound. What was your goal for the guitars throughout the album?

Johnny Flynn: I took the resonator guitar that you mentioned, that I’ve played for years and every time I make a record I’m like, ‘I’m going to do the next record without the resonator,’ and then it just feels like part of my soul. That guitar has been my staple instrument for so long. It’s like when someone talks about how they break up with somebody and they try and make a mental note like, ‘don’t get back together’ it’s like that! But I do love it so the resonator is there. It has a very unique sound. It’s not a full metal body, it’s a 1934 National Trojan and it’s got a wooden body and the resonator cone. So it’s got a kind of warmth, that the metal Nationals don’t have.

NT: This album was made during lockdown, did you have any technical challenges when recording this album?

JF: I mean, we couldn’t be together and we just used it to our creative advantage in a way. There’s something lovely about the fact that it was like letter writing and the songs were kind of written as a correspondence. For me the experience of writing with him was a life line through what was happening…writing with Rob was a way of digesting
everything that was happening and processing it. The songs kind of reflect the different kind of epoch of what that year was and the different peaks and troughs of the emotional rollercoaster. So that was great! I think it was the only way it could have been done actually. The recording was very tricky. It was beautiful the days we spent in the
woods doing the first bit. That was lovely because it was like an oasis in the middle of the pandemic. Then the studio sessions were really difficult because we could only do two days a week because of homeschooling and my wife was working. We had to have covid tests, oh it was really complicated and it was a logistical nightmare! But you know, we just kind of rolled with it.

NT: I know it was recored during lockdown but it doesn’t “sound” like a lockdown album. This music is subtle about the fact it was made during a pandemic and sonically is pretty light, was that a conscious decision when writing this?

JF: Yeah, I think for both of us there was nothing more boring than being like, ‘Oh, I can’t get to the pub!" There is that feeling of frustration in a couple of the songs that people are going to (hear) but yeah, like you said it was never directly referenced. So it wasn’t something that we were interested in doing. No one is going to want to be reminded directly of the frustrations of covid and the grief and the specific sadness of that. So we’re translating those emotional worlds that we’re in and relating them to aspects of Gilgamesh.

NT: With this album pulling inspiration from The Epic of Gilgamesh, what was it about that body of work that inspired you to write the album?

JF: The thing about Gilgamesh is that it’s not complete. They never found all the pieces of it and there’s a lot of poetic guess work in terms of translating it and interpreting it. So there’s all these holes in our understanding of it, every generation tries to look at it again and tries to make something of it that applies to them. You can see the difference in the way people have thought about it. So that was very interesting, it felt like this was a story you could retell and it would start to mean something through a different lens.

NT: Other than music how else were you channelling your creatively during the past year?

JF: I’ve done a couple of films, when things were allowed! As an actor, that was fun! In both cases they were tiny casts, one location, and the cast was in a bubble and we were tested every day. I was very lucky that those two projects happened at a time when you couldn’t do much else. One of them was a musical which I had written the
music for and was also doing the soundtrack and recording songs for that.

NT: Do you approach songwriting differently when you’re writing for an album like this versus when you’re composing something for a film or theatre project?

JF: Yeah definitely! I love writing for film because I’m in a unique position of having worked as an actor. As an actor I'm always trying to process what the emotional pivots are in the scene and trying to tell that story in the best way possible and somehow the musical part of me is doing the same thing when I’m scoring stuff. Yeah it’s a really fun thing! It’s very different… it often happens a lot quicker then if I'm writing songs for my
own record. I watch a scene then immediately have these melodies and ideas. Sometimes when I'm stuck as a writer for my own stuff, I'll watch (something) or I'll go to a gallery or I'll listen to a song or look at a painting or read a poem and try and respond to the atmosphere of that.

NT: Lastly, is there a specific song you’re looking forward to playing live?

JF: Well I mean there’s definitely lots! The last song “Ferryman” I think is going to be really fun… I think it’ll be powerful. I’m looking forward to doing that at the right time in a set. You know, I really miss being in a room with people this year and that thing you get at a gig or at a beautiful piece of theatre where everybody’s hearts start beating in time… it feels like that song can kind of summon people in that way.