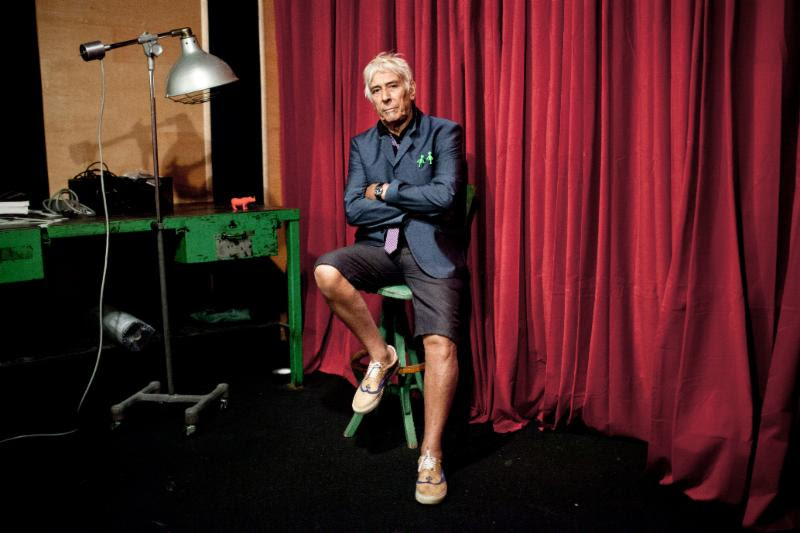 M:FANS, a radical new reworking of one of John Cale’s most unique and lauded solo records, the 1982 album Music For A New Society, will be released on January 22, 2016 on Double Six / Domino. Additionally, a fully re-mastered Music For A New Society will also be available, with three previously unreleased bonus tracks from the original multi-track recordings.

M:FANS explores the relationship between old and new, in terms of the sound and vision, and Cale’s memories of the experience, in terms of his life and the recording. Back and forth M:FANS goes, sampling the original, while creating brand new soundscapes, giving Cale the opportunity for closure on one of the most testing eras of his life, and a way to keep moving forward. Cale shares his thoughts on the reworking:

“Making any form of art is always personal to my mind. During the making of M:FANS, I found myself loathing each and every character written about in those original recording sessions of Music For… Unearthing those tapes reopened those wounds. It was time to decimate the despair from 1981 and breathe new energy, re-write the story. Then, the unthinkable happened. What had informed so much over lost and twisted relationships in 1981 had now come full circle. Losing Lou [too painful to understand] forced me to upend the entire recording process and begin again…a different perspective – a new sense of urgency to tell a story from a completely opposite point of view – what was once sorrow, was now a form of rage. A fertile ground for exorcism of things gone wrong and the realization they are unchangeable. From sadness came the strength of fire!!!”

With Cale’s current band (which had featured on his last studio album Shifty Adventures in Nookie Wood) again involved, the new versions that constitute M:FANS are more fleshed-out, heavier concoctions, in line with his current electronic/chopped-up configurations.