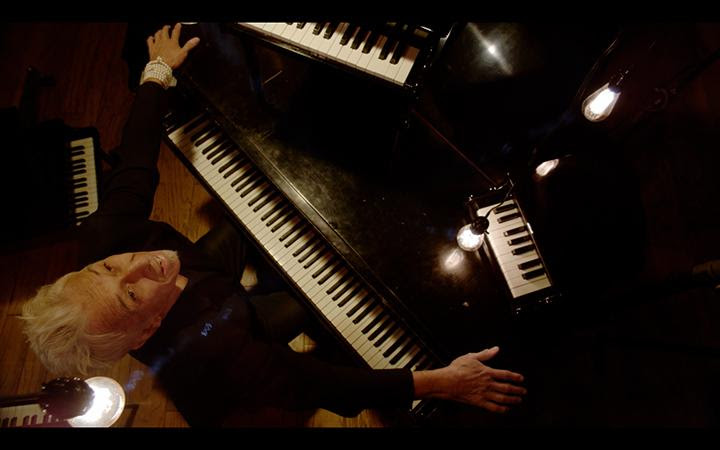 John Cale, has announced the re-issue of live album, Fragments of a Rainy Season, featuring many solo versions from his catalogue. The album will include his interpretation of Leonard Cohen’s “Hallelujah,” and previously unreleased outtakes, on December 9th, 2016 via Double Six / Domino.

Alongside the announcement, Cale has shared a new video for “Hallelujah,” directed by Abby Portner. Read below on Cale’s version of the song, as featured on Malcolm Gladwell’s Revisionist History podcast.

Originally released in September 1992 and recorded at various locations during Cale’s 1992 tour, Fragments of a Rainy Season is the first live John Cale album to feature him performing solo and “unplugged” – before that term became a mid-’90s buzzword. In contrast to the jaundiced punk truculence of Sabotage/Live(1979) or Even Cowgirls Get the Blues (1986), Fragments gives us Cale at his most melodic and moving, a mellowed and certainly a soberer man in a Yamamoto jacket and a lopsided haircut running through a selection of his prettiest songs. It’s a Cale many of us love deeply, a man alone at a concert-hall Steinway revisiting the pop-rock of “Paris 1919” and “A Child’s Christmas in Wales,” as wistful and whimsical as any ’70s singer-songwriter holding court at L.A.’s Troubadour club.

On Fragments of a Rainy Season – fragments of pain from a long and sometimes mystifying career – the rain comes down in buckets.

The following transcript is taken from the ‘Revisionist History’ podcast ‘Hallelujah’. Reproduced with the kind permission of Malcolm Gladwell.

One night, Cohen is playing this version at the Beacon Ballroom in New York and the musician John Cale happens to be in the audience. Cale is a legend, used to be in The Velvet Underground, a really pivotal figure in the rock ‘n roll avant-garde. He hears this song come out of Cohen’s mouth and he’s blown away. So he asks Cohen to send him the lyrics. He wants to do a version of it. So Cohen faxes him fifteen pages – who knows what the lyrics actually are at this point! Cale says, that for his version, he took the “cheeky” parts. He ends up using the first two verses of the original combined with three verses from the live performance. And Cale changes some words – most importantly, he changes the theme and brings back the biblical references that Cohen had in the album version.

Cale is really the one who cracks the code of Hallelujah according to Alan Light. This cover version appears on a Leonard Cohen tribute album put together by a French music magazine – it was called “I’m Your Fan”- came out in 1991. Almost nobody bought “I’m Your Fan”, except, weirdly, me. I think I found it in a remainder bin in a little record store on Colombia Road in Washington, DC. Another person who bought “I’m Your Fan” was a woman named Janine, who lived in Park Slope in Brooklyn. She was good friends with a young aspiring singer named Jeff Buckley. He used to house sit at her apartment. And one time, when Buckley’s there, he happens to see the CD of “I’m Your Fan” – he plays it – he hears John Cale’s version of Hallelujah and decides to do his own version of that version. He performs it at a tiny little bar in the East Village called Sin-e where he happens to be heard by an executive at Columbia Records. So Columbia Records ends up signing Buckley and he records his version of Hallelujah for the album ‘Grace’ which ends up being Buckley’s first, and only, studio album. It came out in 1994.