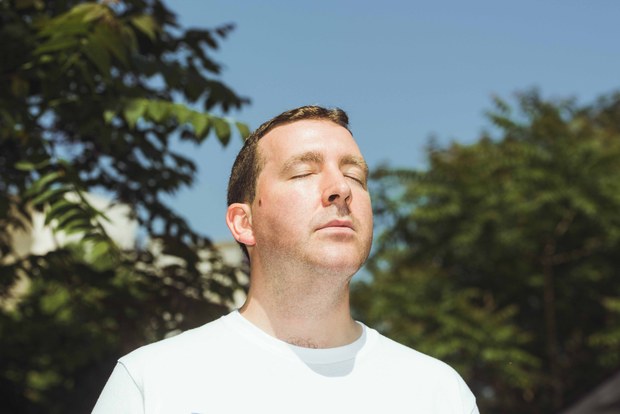 Joe Goddard has shared his new video for the single “Home”. The track features vocals from Michigan-born vocalist Daniel Wilson, this disco-sampling deep house banger is all about that long cab ride home through London after a night out clubbing. The track comes off Joe’s forthcoming release Electrtic Lines, out May 4th via Domino/Grecco-Roman.

Pete Fowler’s trippy animations, the journey starts here on earth before we’re transported into a world of purple dinosaurs raving on clouds and floating DJ booths.

Joe says of the video “I got to work on it with my friend, and amazing artist, Pete Fowler. I first met Pete DJing at a psychedelic rave in Stoke Newington called ‘Mentasm’ playing ‘The Four Horsemen’ by Aphrodite’s Child and ‘Cherry Red’ by The Groundhogs about 14 years ago”

‘Home’ is taken from Joe’s forthcoming release Electric Lines. All about connections, the title refers to the colourful cables that link the modules in his Eurorack synthesizer and to the invisible wires that run between all the different kinds of electronic music that he loves.

Like Four Tet, Caribou and Jamie xx, Joe combines a thirst for experimentation, an instinctive understanding of the dancefloor and a love of left-of-centre pop music. Electric Lines confirms his place in the front rank of British producers.