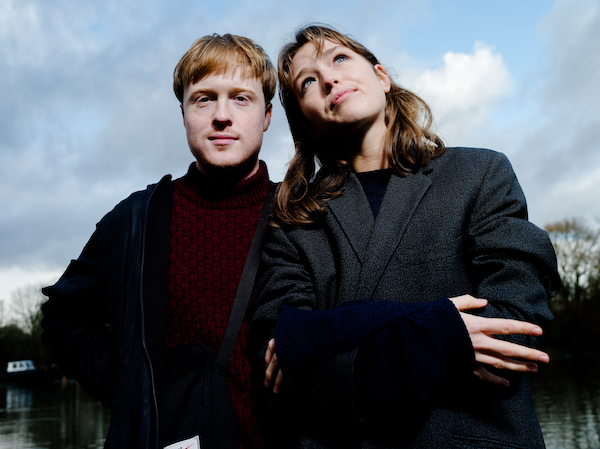 Georgia Ellery and Taylor Skye AKA: Jockstrap, have signed to Warp Records for their forthcoming release due later this year. Today, the London, England based duo have shared ‘Acid’, the first single on their new label home.

Ellery has starred in Cornish film BAIT (which went on to win a BIFA award and won Outstanding Debut at the BAFTAs) and – alongside Cornish-Welsh artist Gwenno – performed the film’s score live on 17 Jan at the BFI. Skye, on the other hand, has developed his own much-lauded solo project and remixed the sublime new album from Arizona’s Injury Reserve (who Jockstrap toured with in the U.K. last year) in its entirety. Ellery has also collaborated with Underworld on their ongoing experimental project, DRIFT. Both Ellery and Skye wrote and performed on Dean Blunt’s 2018 Soul On Fire mixtape (also featuring A$AP Rocky & Mica Levi).

Speaking about ‘Acid’ – which was also produced by Skye and features his vocals for the first time on a Jockstrap release – Ellery said, “Acid is a track for my brother. It’s expansive, vibrant and filled with love. Taylor designed this beautiful sound world: I sent him a 6/8 ballad and he sent me back this other worldly thing.” Skye adds “Georgia sent me this swooning, expressive, tender piano demo and I did my best to match it. It was real fun to produce. I feel like this is the most uplifting song we’ve made so far – it almost has summer vibes.”