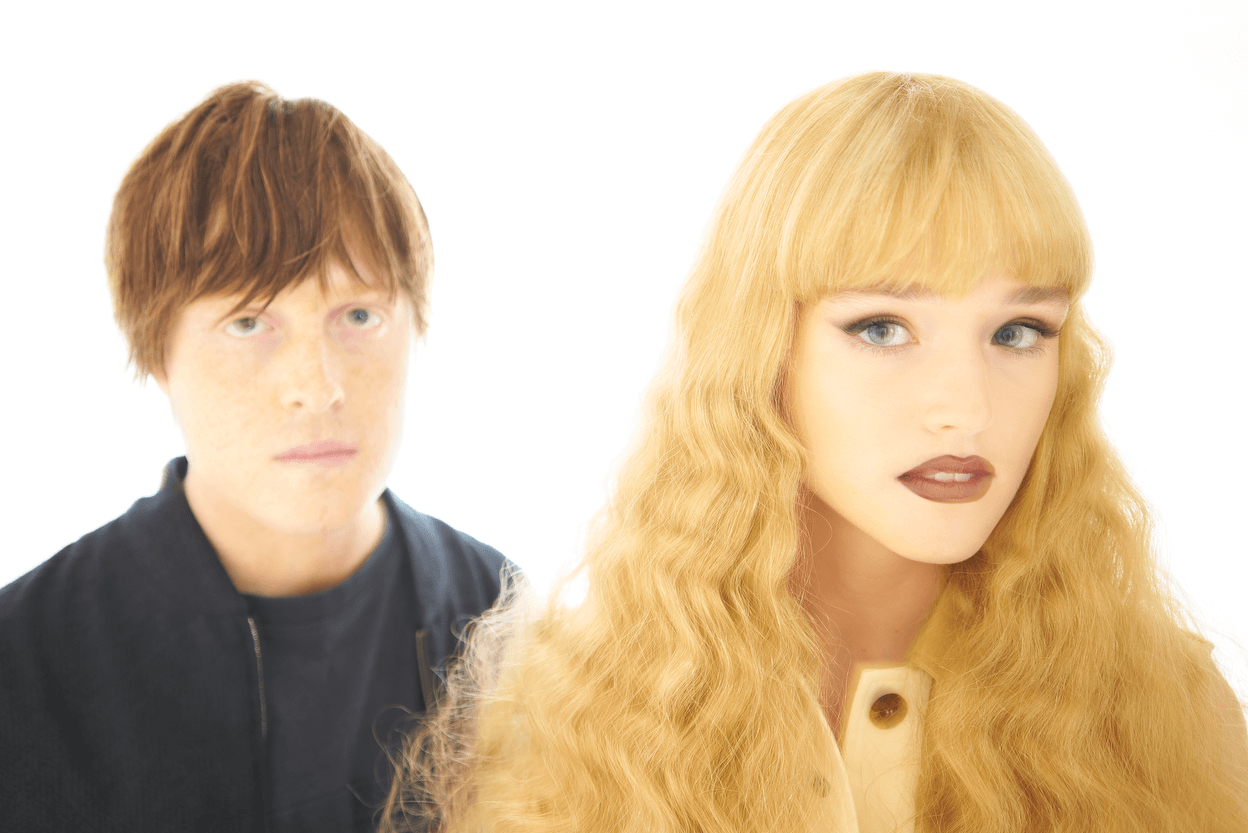 Jockstrap have announced their debut full-length record I Love You Jennifer B, available September 9, 2022 via Rough Trade Records. The news arrives with lead single “Glasgow” and its vlog-like, music video – featuring Taylor’s compelling portrayal of a mythical pixie-ish creature – which was shot, directed and edited by themselves. Jockstrap is comprised of London duo Georgia Ellery and Taylor Skye.

Commenting on the upcoming album release, Jockstrap’s Georgia Ellery and Taylor Skye said: “I Love You Jennifer B is a collection of Jockstrap tracks that have been 3 years in the making. Everything on it is pretty singular sounding so we hope there is a track on there for everyone and something that speaks to you and says ‘I’m a banger.’” Taylor added of ‘Glasgow’: “‘Glasgow’ is our coming of age, moving forward, long-distance, travelling, beautiful bosk, wonderful thicket song.” And Georgia said of the song’s subject: “Glasgow is a great city, perhaps my favourite in the UK. Only downside is that it’s so damn cold all the time.”

Jockstrap formed in 2017 after Georgia (also of Black Country, New Road) met Taylor at the Guildhall School Of Music & Drama where they were studying jazz and electronic composition respectively. Generally speaking their modus operandi has been to produce a violently spatially and temporally disrupted form of pop music which sometimes sees them gleefully break apart existing styles only to expertly reassemble them and other times sees them mint entirely fresh genres. Both of them grew up playing and loving classical music and picked up a bug for jazz in college, but their other shared interests include Disclosure and Mica Levi, with Taylor having a penchant for Bob Dylan, and Georgia for Joni Mitchell. They have released a clutch of singles, EPs and a mixtape over the last five years, already giving rise to something of a press narrative: Georgia sings a classic pre-rock & roll orchestral lounge pop song while Taylor forces it through a post-dubstep blender, mixing old with new. But this new album blasts that simplistic reductionism to smithereens.

pre-order I Love You Jennifer B HERE