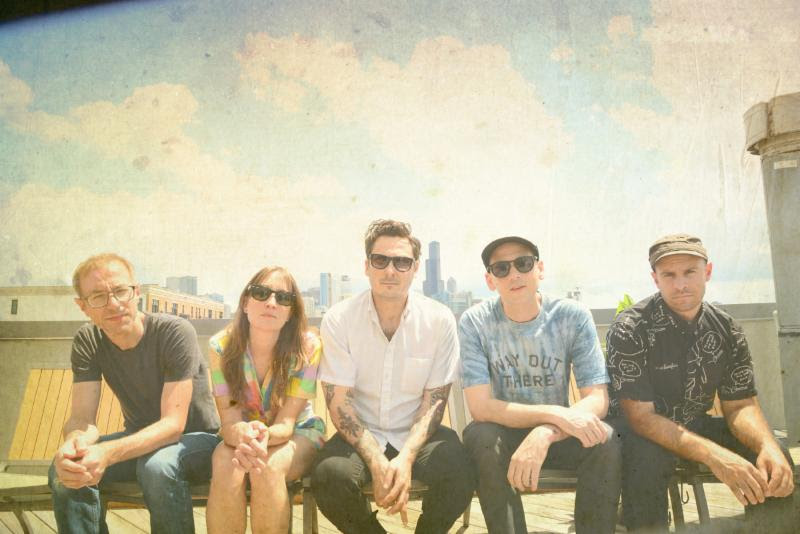 Chicago’s Joan of Arc today premiered a new video for their second single, “Stranged That Egg Yolk,” from their forthcoming album He’s Got The Whole This Land Is Your Land In His Hands, out January 20th on Joyful Noise Recordings. Directed by acclaimed photographer Chris Strong, “Stranged That Egg Yolk” stars Tim’s brother Mike Kinsella as he slowly wakes from a cryogenic sleep, struggling to resolve his awareness and his memories.

In the interview, Tim explains their recent break between records- a period when they were busier than ever and “expanding the possibilities of what it meant to us to be a band beyond the standard recording and touring cycle” – and how their ultimate artistic mission is “to expand people’s sense of what’s permissible.”

He’s Got The Whole This Land Is Your Land In His Hands was written and produced by the band – Tim Kinsella, Bobby Burg, Theo Katsaounis, Melina Ausikaitis, and one of its earliest collaborators, Jeremy Boyle- and recorded live in various locations throughout Chicago. The band recently debuted a new video for the song “This Must Be The Placenta” – the first from the forthcoming LP.

The process for creating ‘He’s Got The Whole This Land Is Your Land In His Hands’ was developed in response to the many musical constraints of the band’s ongoing collaboration with the performance art group Every house has a door, and a period of proximity and appreciation for artist Theaster Gates’ Black Monks of Mississippi, who improvise abstracted performances of traditional gospel hymns. Tim Kinsella explains the recording process:

“We had to throw away the 38 songs I wrote that I thought I liked before we could really begin. We’d spend a full day setting up the instruments so that we could move freely between them. We’d record hour long jams with everyone constantly switching instruments. Then together we edited those down. Two of us had to learn Pro Tools. Once we had 16 distinct units, then me and Melina sat down and wrote the lyrics.” More info, along with the tracklist and album art, can be found here: http://conta.cc/2dLktUB