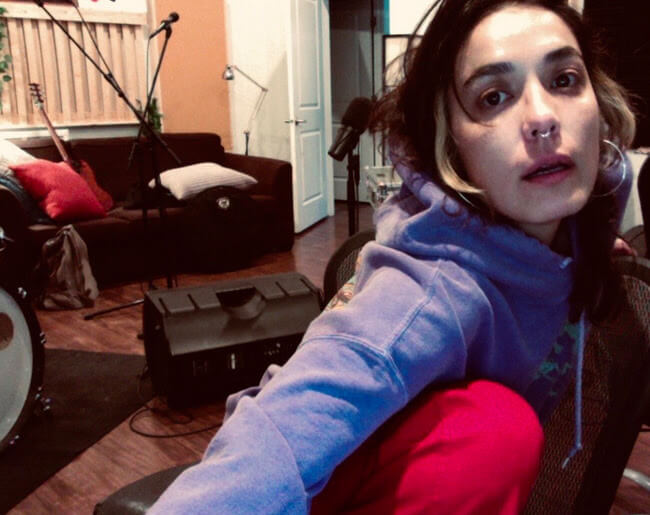 A substantial portion of the album was assembled during the last few years of uncertainty, starting in the bliss of southern California and finished in the quiet of Salt Lake City, near where JennyLee now lives in Utah. This disconcerting time allowed JennyLee to explore further afield than she’d been able to before.

“I found over the past few years with the whole world being at odds and so much uncertainty, I was actually able to access the depth of my creativity in ways I haven’t before,” says JennyLee. “Things were quiet, I felt calm and for the first time in a long while, I was comfortable w my introspection. I wanted this album to be more lyrically based and really encompass me as an artist, not just a musician. I incorporated my paintings for the art, which I was also able to dive deeper with here in Utah and let myself go. To be free, instead of policing my every move. I decided to really allow the stream of my consciousness take over and through it I felt a lot of healing of old baggage and release of old energy. While this album feels very present-day Jenny, it also embodies a lot of old feelings I kept pent up for so long.” Warpaint are to return with Radiate Like This, their first full length in six years, out May 6 via Virgin.