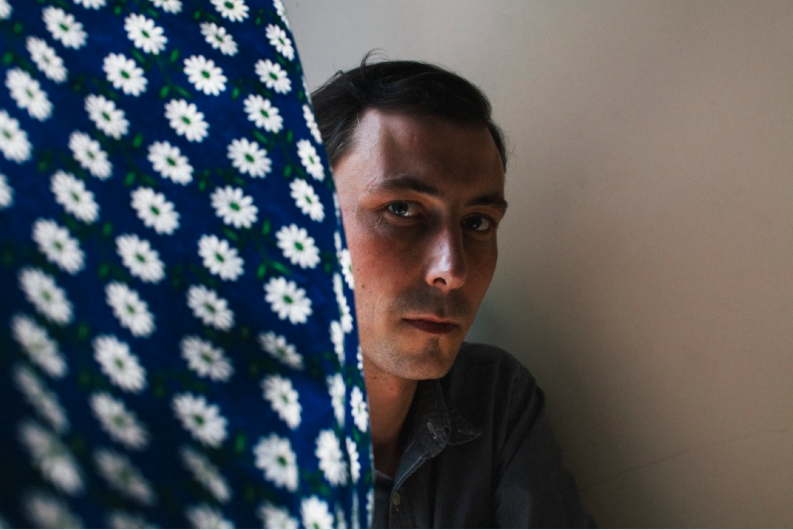 Jaye Bartell shares the video for the title track of his Light Enough LP. The album is comes out everywhere on April 29th via Sinderlyn.

Jaye Bartell’s move to Brooklyn, NY in 2013, as well as the work of Spalding Gray and Eileen Myles, heavily influence the content presented on his latest record, Light Enough. In his own words, “Resettlement is an implicit theme in much of the writing, and the process of making the album itself was an act of resettlement, finding out where I lived as a means of coming to live there.” Bartell spent about a year secluded in his Greenpoint bedroom, piecing together the intricate tunes and gentle melodies that furnish his new record.

Originally from from Massachusetts, Jaye Bartell laid the groundwork for his music career after relocating to Asheville, NC in the early 2000’s. During this time, he began to play music among friends, parallel to his poetry and other writing endeavors, which included a reading/performance series and a small magazine. After relocating, again, to Buffalo, NY in 2006, Jaye joined up with the publishing collective House Press and released his first record, Feeling Better, Pilgrim, in the company of Buffalo musicians and writers. The record helped establish Jaye’s sound utilizing field recordings and manipulated loops, centered on vocal melody.

Upon returning to Asheville in 2009, Jaye released his second record, The Dog’s Dinner. This marked Jaye’s departure from the self-production of his earlier work, and the beginning of his collaboration with guitarist Shane Parish of Ahleuchatistas, and visual artists Ursula Gullow and Nathanael Roney. The years 2012 and 2013 saw the releases of Elation, an EP recorded with J Seger, and Loyalty, a full-band record featuring Parish, Seger, and Emily Easterly. Followed by a 2014 UK tour with like-minded troubadour, Angel Olsen.

The songs on Light Enough encompass the processes of aspiration, pursuit, and fulfillment, if only to find that “[P]eople don’t change. They only stand more revealed,” as Charles Olson writes in Maximus Poems. In the album opener, “G & Me,” Bartell sings of the joyful illusions of escape, “a whole new life” that’s recognized, without bitterness as a “whole new lie.” “Light Enough” is a declaration of sufficiency, as if to say, Let this be enough then, and if it isn’t now, then it never will be: “I’m ready to come down,” he sings. The record as a whole takes as a kind of informal credo a line from Eileen Myles’ Chelsea Girls: “I have waited all my life for permission. I feel it growing in my breast. A war is storming and it is behind me and I am moving my forces into light.”