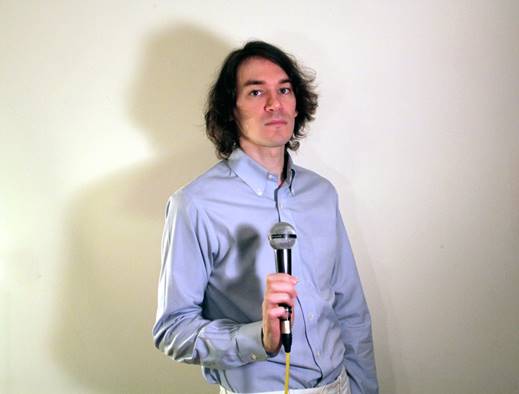 Vancouver multi-instrumentalist, Jay Arner follows on from the success of his eponymous debut album with Jay II – music for outsiders who might not want to be insider. Set for release this summer June 17th on Mint Records, the first track to be taken from the record, “Crystal Ball”, is premiering over on SPIN.

With Jay II, Arner provides so­phisticated synth-pop for sensitive types or existential glam-rock for the unsettled. “Following my first album I toured ex­tensively for two years, going to a lot of places I’ve never been,” Arner explains. “I love touring but on another level I vis­cerally felt how huge and indifferent the world is. I visited the Grand Canyon twice. It’s an amazing monument to deep time. What am I? I’m a human musician.”

In his quest for self-discovery, Arner channeled inspirations ranging from the cheeky charm of Sparks to the regal slink of Roxy Music, the soaring hooks of Fleetwood Mac to the propulsive drive of La Dusseldorf.

As on his debut, Arner played most instruments alongside Jes­sica Delisle, his partner in Energy Slime. Recorded and mixed in the span of a month with minimal fuss, these nine songs sound both airtight and breezy.

Before embarking on his solo career, Jay Arner fronted an indie rock band, played synthesizers and samplers in a pop duo, manned the drums for a piano-punk songwriter, and held down the bass in a eight-member collective. Along the way, he’s also became a sought-after producer and remix artist, working out of the legendary Hive studios and recording acts like Mount Eerie, Apollo Ghosts, Rose Melberg, No Gold and many more.