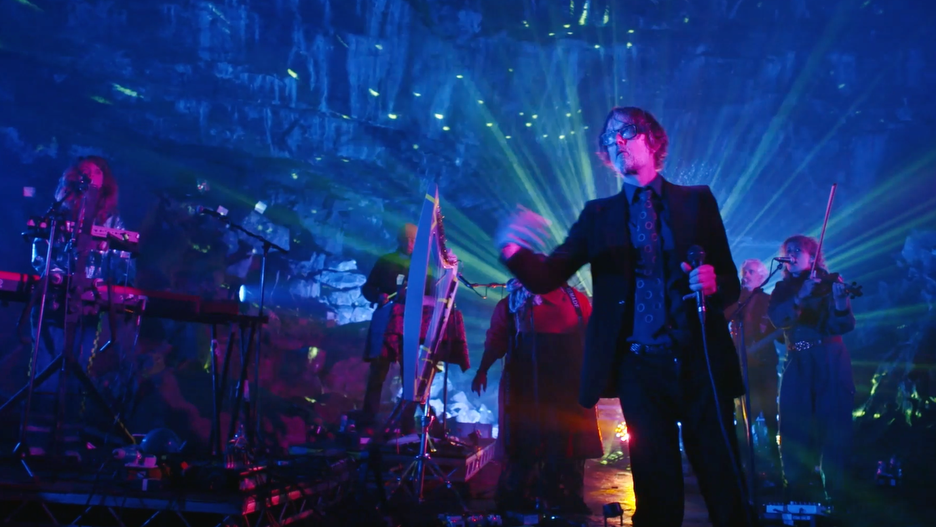 After the release of their new album Beyond The Pale, now available via Rough Trade Records, JARV IS… have announced a free live performance of the record on, July 21 via YouTube. Filmed at Peak Cavern in Derbyshire, UK, the performance brings Beyond The Pale full circle, as two of the tracks on the album (“Must I Evolve?” and “Sometimes I am Pharaoh”) were recorded at this very location when JARV IS… performed here in 2018. The performance was filmed and directed by Iain Forsyth and Jane Pollard, known for their work on Nick Cave’s film 20,000 Days on Earth.

“Beyond the Pale was written (& partially recorded) in front of a live audience, so it feels extra-strange not to be able to take it on the road at the moment,” Jarvis Cocker explains. “Fortunately, our friends Iain & Jane suggested a way round the problem: set up our equipment in a cave & they would film the results. We have invented a new way of playing a concert.”

The full-length is the first original music from Jarvis Cocker since 2009’s “Further Complications”. It has been praised around the globe everywhere from The New York Times to NME to Rolling Stone to MOJO. It is available on LP/CD/Cassette. Tickets for an upcoming UK tour will be on sale soon.

JARV IS
Beyond The Pale
Track Listing
Rough Trade

Beyond the Pale goes live on July 21 at 8pm BST/3pm EST/12pm PST via YouTube.

Order Beyond The Pale https://jarvis.ffm.to/beyondthepale