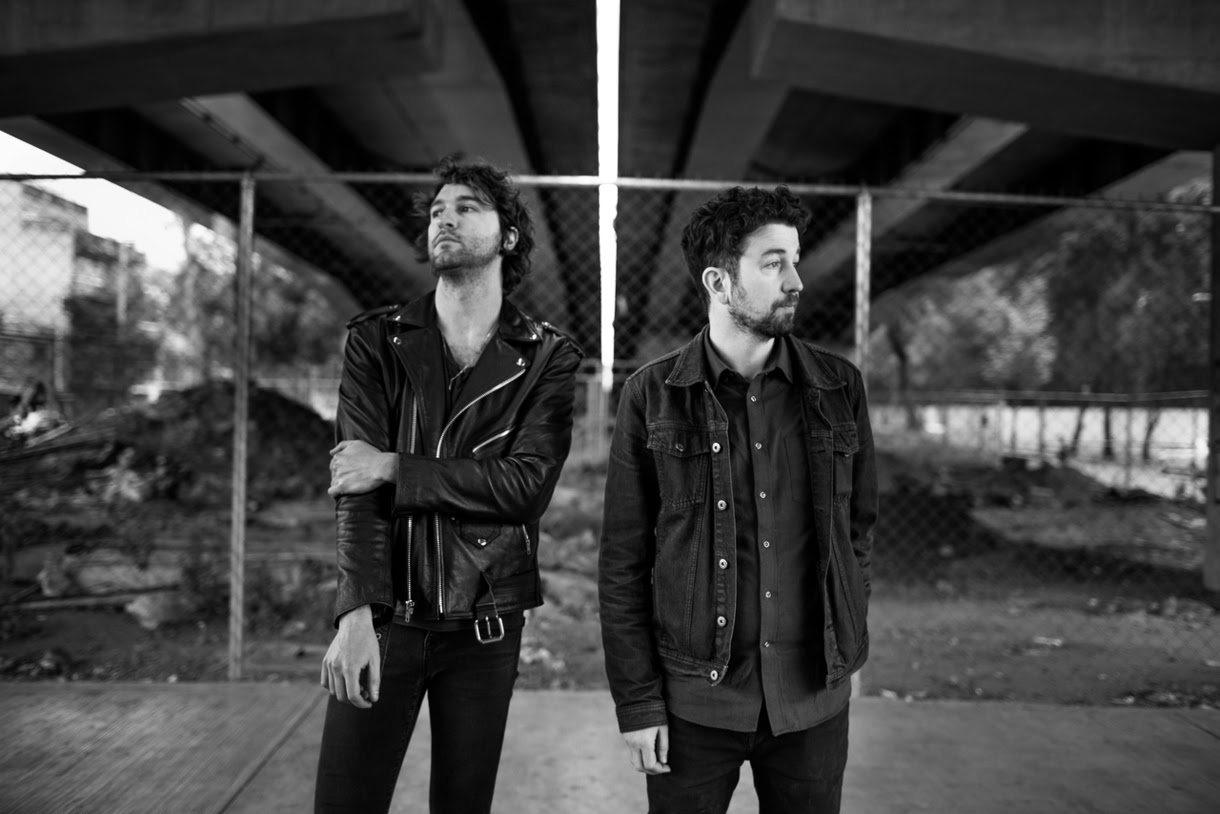 It’s been 18 months and counting since alt-rock duo Japandroids played their last show, at Toronto’s Phoenix Concert Hall, and with the ongoing COVID-19 pandemic, it doesn’t look like they’ll be hitting stages again anytime soon. That said, it’s been a surprisingly busy spring for the partnership of guitarist Brian King and drummer David Prowse. While King resides in Ontario, he just spent the past few months in Vancouver working on new material with Prowse, the guitarist’s extended stay owing in part to the pandemic. Prowse tells Northern Transmissions that he and King kept their bubbles small in B.C., but song ideas were overflowing. He hints at having tweaked five unreleased songs they’d previously played at the Phoenix, in addition to a number of other songs, though these may not all make it onto their fourth full-length. For that matter, when Prowse and King are even able to get into a recording studio is
still up in the air.

“It’s basically figuring out the what, when, how, and where do we record it,” Prowse says of the logistical and musical fine-tuning process. “I don’t think either Brian or I feel like we have an entire album quite yet. We have a lot of songs, but it’s unclear how they sit together, or if something’s missing. But there’s a lot of good stuff that we’re excited about.”

For the time being, what’s keeping the band motivated is the upcoming release of their very first live album, Massey Fucking Hall, which comes out digitally on June 26th (a double-vinyl pressing is due October 2). The October 24, 2017 performance preserves a poignant moment for the pair of musicians, who were both gobsmacked to get the chance to play the iconic Canadian music venue. While Prowse notes he’s not usually one to get pre-show jitters, it was impossible not to be impressed by the majesty of Massey, which has stood since 1894.

“There was a certain gravity to playing that show. Like, obviously I take every show seriously— I always want to play well—but there was just something about [playing Massey Hall] that had a more of that ‘holy shit’ feeling behind it. You feel it as soon as you walk into the room. You know, I’ve listened to Neil Young’s Live at Massey Hall [1971] record a billion times; I’ve been to some really great shows there when I’ve happened to be in Toronto, some really incredible performances. There’s something about those older theatres, they’ve got ghosts of old shows floating around in there. There’s a palpable sense of history in the building.”

Adding to that legacy, Japandroids imparted 16 songs of heartfelt, extremely amplified pop-rock to forever hang in Massey’s rafters (12 of which making the final cut for the live album). This includes the bright, bursting chords and hammered-down beats of “Fire’s Highway,” the nostalgic reel of “Younger Us”, and their signature, if Springsteen-ian, sing-along, “The House that Heaven Built.” These are straightforward and solid deliveries, though the room’s natural acoustics offer a more echo-blown experience than Japandroids’ tightly coiled studio albums.

Massey Fucking Hall is an extension of the venue’s in-house recording series, which has likewise preserved sets from artists including Shad, Sloan, Cold Specks, the Constantines, and more. Prowse notes that Japandroids had attempted to record concerts in the past, but none had captured their energy quite like this particular set. It caps, naturally, with “The House that Heaven Built,” a song Prowse is looking forward to playing with his Japandroids partner further down the line.

“If I could just play one live song today with Brian, it would be ‘The House that Heaven Built’, just because that’s the song that really resonates with people on a level beyond a lot of our other material. That’s always the climax of our shows. That’s the song most people would want to hear. It’s a highlight for someone like me who really thrives off that feeling of connection and communion with a crowd.”