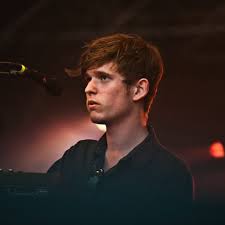 In the past few weeks, James Blake has released a sample of songs from his upcoming album, Overgrowndue out in April including “Retrograde,” “Voyeur Dub” and “Digital Lion.”

Today he released another song titled “And Holy Ghost.” According to SoundCloud, the song will not appear on Overgrown, however. It will be featured as a b-side track to “Voyeur Dub” and will be released on his own label, 1-800 Dinosaur.