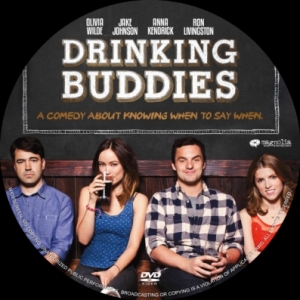 Set in a craft brewery in Chicago, the film follows co-workers Kate (Wilde) and Luke (Johnson). They have one of those friendships that feels like it could be something more, but Kate is with Chris (Livingston), and Luke is with Jill (Kendrick). And Jill wants to know if Luke is ready to talk about marriage. The answer to that question becomes crystal clear when Luke and Kate unexpectedly find themselves alone for a weekend.

Rubblebucket – Came Out of a Lady

Foxygen – In the Darkness

Richard Youngs – It Soon Will Be Fire

Barna Howard – Turns Around a Bottle

Here We Go Magic – How Do I Know

Plants and Animals – The End of That