Jackson and His Computerband Announce Album 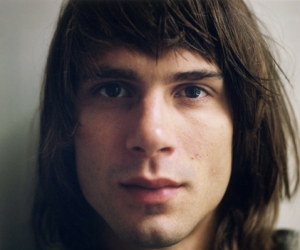 Share on TwitterShare on PinterestShare on PocketShare on RedditShare on FacebookShare on Email
When Jackson emerged from the lingering disco after-smoke of the ‘French Touch’ scene that nurtured Daft Punk and Phoenix amongst others, Paris and the rest of the world were changing. Slowly and methodically, strands of music were moving from warehouse raves into the global mainstream and at the time of his debut Smash, in 2005, he and his Computerband embodied the bleeding edge of this transition.

Shredding the filtered funk of his Parisian forebears and soldering the remains to an insane carriage of orchestral bombast, red-lined techno and gothic hip-hop, Jackson and His Computerband had brought a sense of the post-millennial baroque to the rave.

And then all was (mostly) quiet.

Soon, the jacking, distorted party jams of the Ed Banger crew echoed through Paris’ boulevards, Phoenix grew into a massive pop band and dubstep’s steroidal cousin laid siege to America as Daft Punk’s robotic silhouettes emerged once again. The heady, symphonic futurism of Jackson’s music whispered around the edges of it all, but Jackson had gone deep into the bowels of Paris to sculpt a new master work and remained out of the limelight…until now.

As Jackson himself explains “About the record I have no idea. I kept only the bits when I lost control of myself.  I feel fine about it’s emotional range. But I still wonder what made me do it.

I hope it’s fun and gives people some bravery and suspicious feelings about the state. I also hope it creates a great feeling of tenderness as well as the strength to carry a monster truck just with one hand.”

The album will be accompanied by a brand new live entity “The live show is the birth of the computerband aka the mechanical beat engine… Hand made and manually played…sweat and steel for flashing beauty. It’s also the opportunity for me to make my music with the audience and no longer need to watch a screen.”