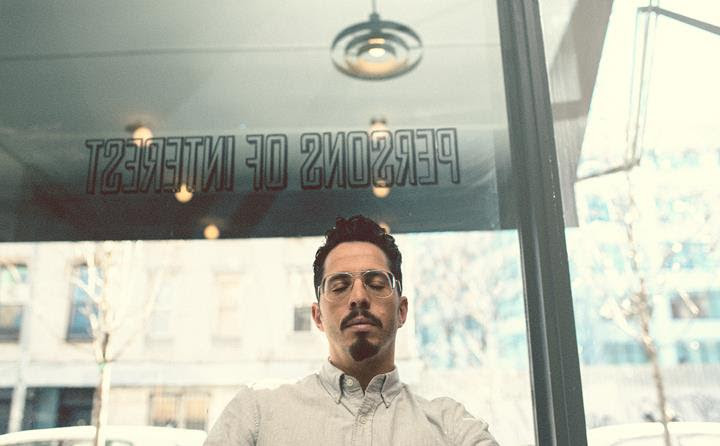 Jonathan Dagan, known by his stage name, j.viewz, is an artist who is pushing the boundaries in the creative world, constantly innovating the dialogue with his audience. The New York-based songwriter, producer, and visual artist creates multilayered songs that blend raw elements with electronic music through his use of analog tapes, recordings of nature, and often, sounds sent by his audience.

j.viewz is known for collaborating with guest vocalists and musicians. His production is frequently described as nostalgic, intricate, and detailed. As NPR’s All Songs Considered stated, “j.viewz writes songs that whirl and clatter like tiny Rube Goldberg devices.”

Dagan’s uncanny ability to draw sounds from any and everything has garnered a lot of attention in the past few years. In 2013, j.viewz presented his rendition of Massive Attack’s Teardrop on none other than an assortment of fruits and vegetables.

j.viewz’s latest musical experiment is the a DNA Project, a website presenting the step-by-step making of his next album in real-time. With the DNA Project, j.viewz invites his fans to follow his creative process in its entirety, providing access to the people, places, and sounds that inspire each song, as well as exclusive videos of his writing process, recording sessions, and innermost thoughts during his creation of new music.

Since its launch, the DNA Project has generated buzz in digital communities. In June 2015, the project won the prestigious Cannes Silver Lion Award and was nominated for the Webby Awards. The award-winning website, designed by Hello Monday, allows for a near tangible visit into j.viewz’s aesthetic and acoustic world.

The album is set to be completed by early 2016. Until then, you can interact with the DNA Project by commenting, adding sounds and images of their own, and downloading samples for use in their own music.

Despite the novelty of the DNA Project, j.viewz is no stranger to experimenting with the sharing and collaborative aspects of music. His second album, Rivers and Homes, which was released in 2011, followed a similar concept where subscribers had access to each song as soon as it was ready.

Check out The DNA Project here