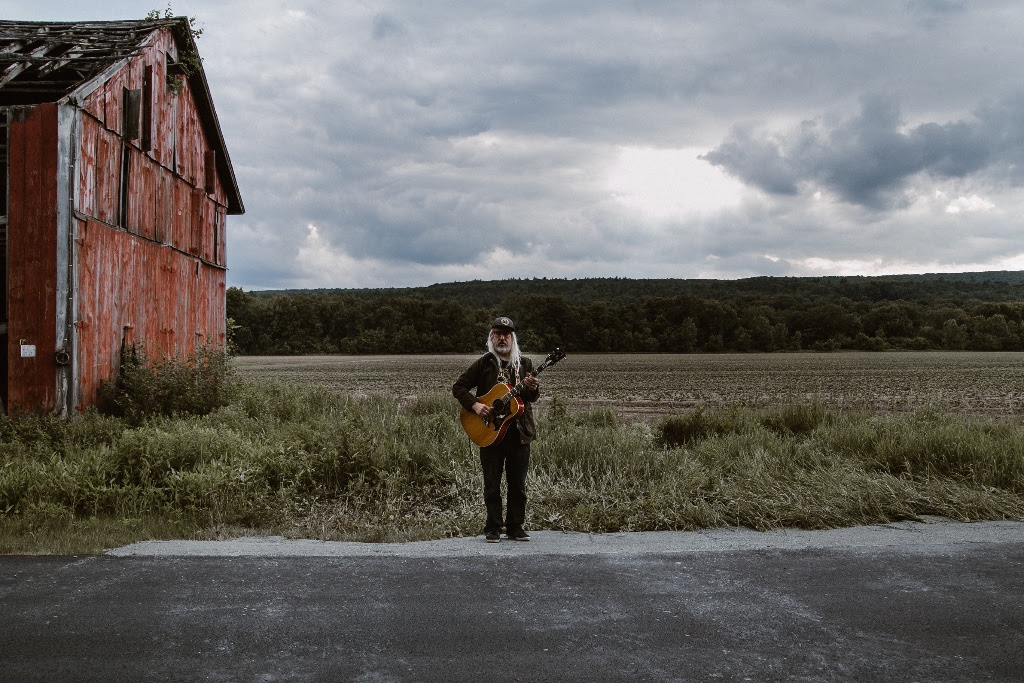 J Mascis (Dinosaur Jr.) will release Elastic Days, his third solo album for Sub Pop, on November 9th. “See You At The Movies,” the first song to be released from the album, has a fully evolved sense of identity and loss hanging over it, and features the classic couplet, “I don’t peak too early/I don’t peak at all.” The track is now available to stream. Prior to the release of Elastic Days, Mascis will embark on a 23-date North American run, with Sub Pop labelmates Luluc opening a number of shows.

J says he’ll be taking this album on the road later in the year. He’ll be playing by himself, but unlike other solo tours he says he’ll be standing up this time. “I used to just sit down and build a little fort around myself — amps, music stands, drinks stands, all that stuff. But I just realized it sounds better if the amps are higher up because I’m so used to playing with stacks. So I’ll stand this time.”

I ask if it’s not pretty weird to stand alone on a big stage. “Yeah,” he says. “But it’s weird sitting down too.” Ha. Good point. One needs to be elastic. In all things.