“I’ve Got Time” by Mike Edge

Los Angeles based singer-songwriter, multi-instrumentalist, and producer Mike Edge is releasing his eponymous debut EP via Long Weekend Records. To coincide with the release, Mike is also sharing a new video. “I’ve Got Time” is the second single from the forthcoming project, and the nostalgia inflected track is accompanied by a fittingly washed out and grainy visual. Percussion and sitar on “I’ve Got Time” are performed by Arthur Brown from Rose Royce while the rest is played by Mike. The new video is preceded by the visual for “Been So Long,” the first lead from the Mike Edge EP. You can stream the EP in full below.

Mike Edge is a Los Angeles based singer-songwriter, multi-instrumentalist and producer. He has worked with notable artists such as Dr. Dre, Roy Davis Jr. and legendary producer Andy Johns. Drawing on inspiration from John Lennon, George Harrison, David Bowie, Al green, Air, and Lou Reed – his introductory, self-titled EP was written, recorded, produced and mixed by Edge, in his studio, while mainly utilizing recording equipment he built himself. While nearly all instruments were played by Edge, he did enlist the help of a few guest players, such as Cassidy Turbin (Beck) on drums. With a nostalgic nod toward his influences, Edge brings to the conversation a fresh, present-day point of view that is at once sentimental, laid back, and very much his own. 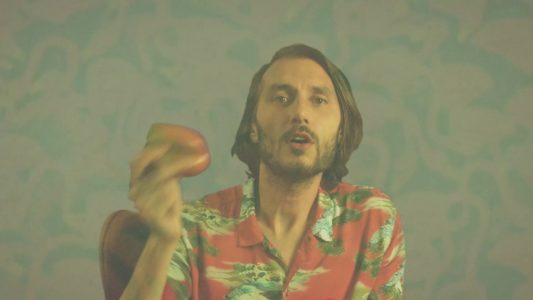 “Been So Long” by Mike Edge