“It’s Not Just Me” by Let’s Eat Grandma 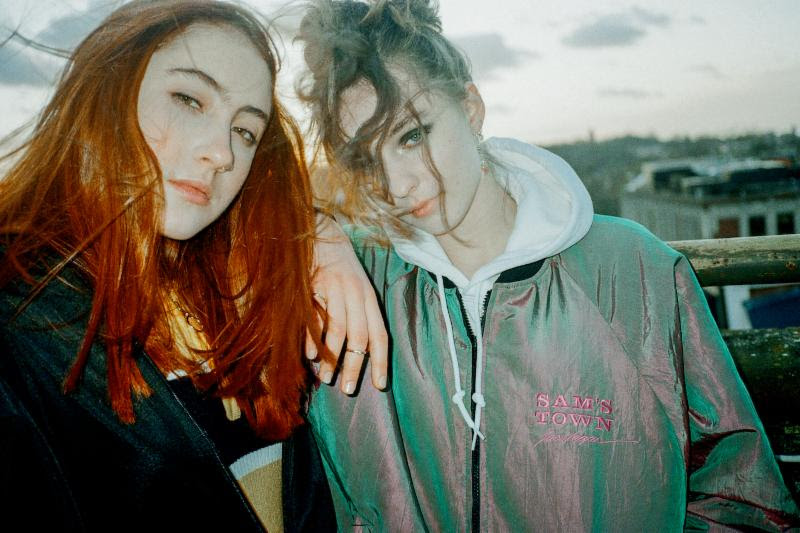 I’m All Ears is a portrait of Walton and Hollingworth’s lives over the past two years, as they have grown as musicians, but also as young women, finding their way through new territories, navigating friendships, romantic relationships, mental health and the ever-restless presence of technology. It draws on their love of PC Music, Frank Ocean, the record collections of their parents, ringtones, train journeys and vintage synths. Rosa and Jenny were just 17 when Let’s Eat Grandma released their debut. Childhood friends who grew up writing songs.

I’m All Ears is the second release from Let’s Eat Grandma, multi-instrumentalists and songwriters. As well as production from David Wrench (The xx/Frank Ocean/Caribou), SOPHIE and Faris Badwan. The duo recently shared the album track “It’s Not Just Me”.

“I think it’s a much more honest record. It’s very open,” says Jenny. “It is a lot about youth and young people and the experiences we have.” Throughout these songs there is recurrent imagery of trains and automobiles, of movement, shifting seasons, the sense of lives expanding. After all, this is a record written by two young women whose lives have changed unimaginably in the past two years, who have come to find the world lying open before them.

The artwork for I’m All Ears was created by the artist and illustrator Yanjun Cheng, who paints human emotions and humanity through portraits, from a female perspective. EntitledJenny and Rosa, Digital Painting, 2018, Yanjun said the following about her artwork:“Let’s Eat Grandma, Jenny and Rosa’s voices and their music inspired this illustration. This illustration visualized their voice from listening to the new album and expresses that one voice has two attitudes, the two voices connect like the one.”