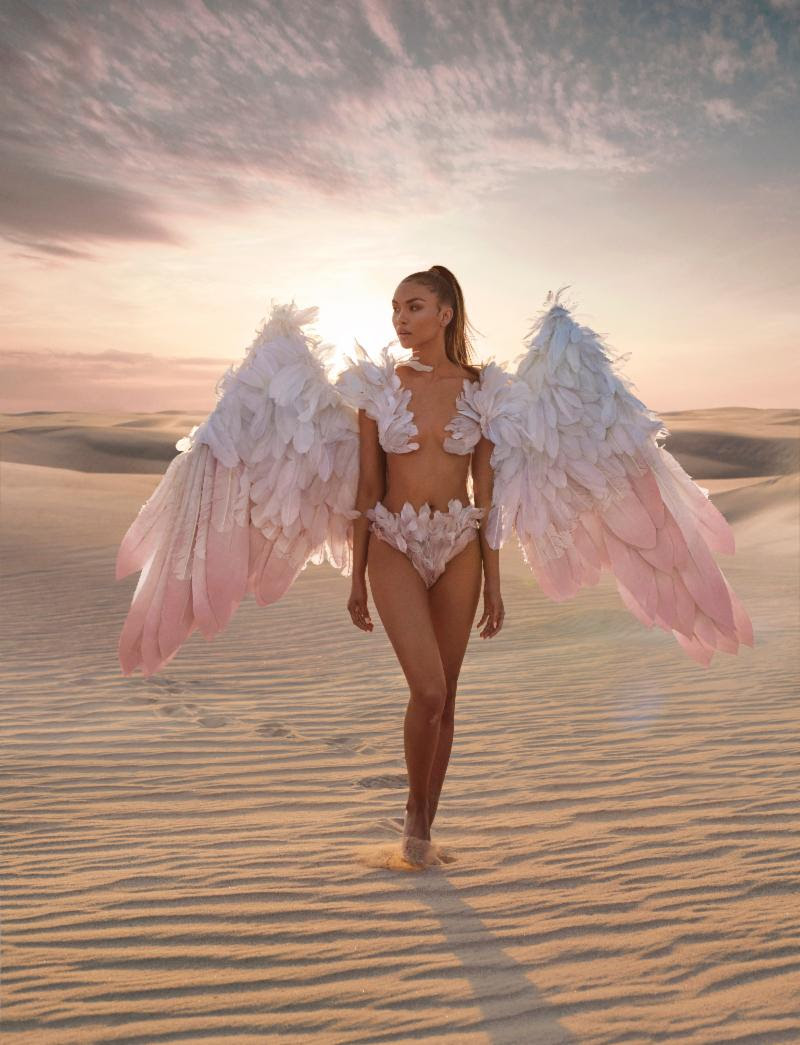 Isabella, recently announced her debut full-length and lead single. Isabella’s 12 Angels comes out August 2nd, and includes new song “Tag.” The new track, accompanied by a Marcella Cytrynowicz-directed visual. “I’m not really confrontational, I felt like this was my time to just say what I felt,” says Isabella says of the song.

Raised in Los Angeles by her Ethiopian mother and Danish father, Isabella began modeling at the young age of 5, guided by her mother, a stylist and former model herself. As a kid, she was naturally drawn to music and performance, entering singing competitions at school and belting her heart out to Sade and Christina Aguilera for whoever would listen. At 16, alongside her fast-rising modeling career, she began to seriously pursue music, learning from songwriters and producers during her initial experiences in the studio. “We were able to create songs that I loved but it wasn’t completely coming from me,” she says. She decided to take a step back and immerse herself in the songwriting process, discovering more about who she was and what she wanted to say on her own terms.

After releasing videos for her first two singles “Three” and “More Than Words” in 2018, Isabella spent every night in the studio with producers Timmy Manson Jr. and Mike Barney, recording deeply personal music that began to form a complete body of work. The title of the project is inspired by something her mother would say whenever Isabella would leave for school or go on a trip: “twelve angels are protecting you.” It’s a preventive phrase that Isabella has brought with her into adulthood and one she now believes is a protection over the project itself. “I’ve been trying to do music for so long and there had been so many times where people have been telling me what I should be doing,” she says. “There’s a reason for why I was supposed to do this now.”