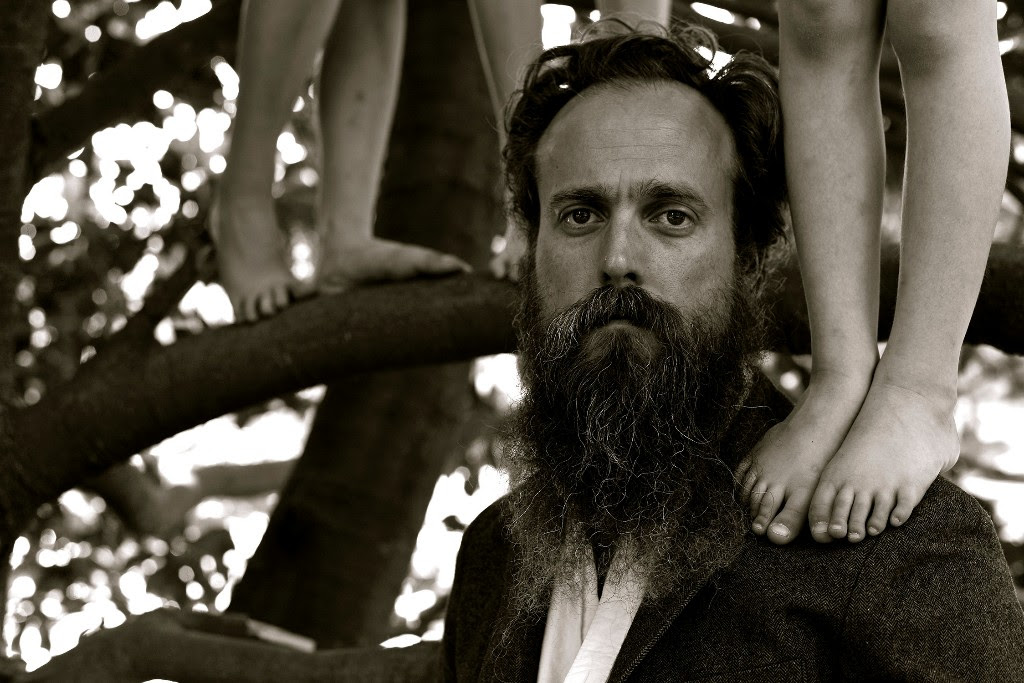 Iron & Wine’s principal songwriter Sam Beam had this to say of the album:

“I must confess that I’ve always shied away from album introductions citing the usual “dancing to architecture” cop out. Speaking to their own work is uncomfortable for many artists, but I’ve made a new album called Beast Epic which is important to me and I wanted to take a moment to talk about why. I’ve been releasing music for about fifteen years now and I feel very blessed to have put out five other full lengths, many EPs and singles, a few collaborations with people much more talented than myself, and made contributions to numerous movie scores and soundtracks. This is my sixth collection of new Iron & Wine material and I’m happy to say that it’s my fourth for Sub Pop Records.

“It’s a warm and serendipitous time to be reuniting with my Seattle friends because I feel there’s a certain kinship between this new collection of songs and my earliest material, which Sub Pop was kind enough to release.

“I have been and always will be fascinated by the way time asserts itself on our bodies and our hearts. The ferris wheel keeps spinning and we’re constantly approaching, leaving or returning to something totally unexpected or startlingly familiar. The rite of passage is an image I’ve returned to often because I feel we’re all constantly in some stage of transition. Beast Epic is saturated with this idea but in a different way simply because each time I return to the theme I’ve collected new experiences to draw from. Where the older songs painted a picture of youth moving wide-eyed into adulthood’s violent pleasures and disappointments, this collection speaks to the beauty and pain of growing up after you’ve already grown up. For me, that experience has been more generous in its gifts and darker in its tragedies.

“The sound of Beast Epic harks back to previous work, in a way, as well. By employing the old discipline of recording everything live and doing minimal overdubbing, I feel like it wears both its achievements and its imperfections on its sleeve. Over the years, I’ve enjoyed experimenting with different genres, sonics and songwriting styles and all that traveled distance is evident in the feel and the arrangements here, but the muscles seemed to have relaxed and been allowed to effortlessly do what they do best (read full artist statement at Sub Pop).”

Beast Epic was written and produced by Sam Beam. It was recorded and engineered by Tom Schick at the Loft in Chicago in July 2016 and January 2017, and mastered by Richard Dodd in Nashville, Tennessee. The musicians who played on the album include longtime Iron & Wine collaborators Rob Burger (keys), Joe Adamik (percussion), and Jim Becker (guitar, banjo, violin, mandolin), along with bassist Sebastian Steinberg (Soul Coughing and Fiona Apple), and Chicagoan Teddy Rankin Parker (cello).

Iron & Wine has also delivered a video for the lead track, “Call It Dreaming,” which stars the singer and was directed by J. Austin Wilson.

Iron & Wine will tour in support of Beast Epic, beginning with his annual Midwives Benefit show in Austin, Texas on July 22nd. An extensive U.S. tour begins with a two night stand in Chicago (October 12th/13th) and ends with a two night stand in New York (November 13th/14th). European dates will follow in early 2018. A special fan presale begins June 8 at 10am (local time), with tickets on sale to general public on June 15th at 10am (local time).