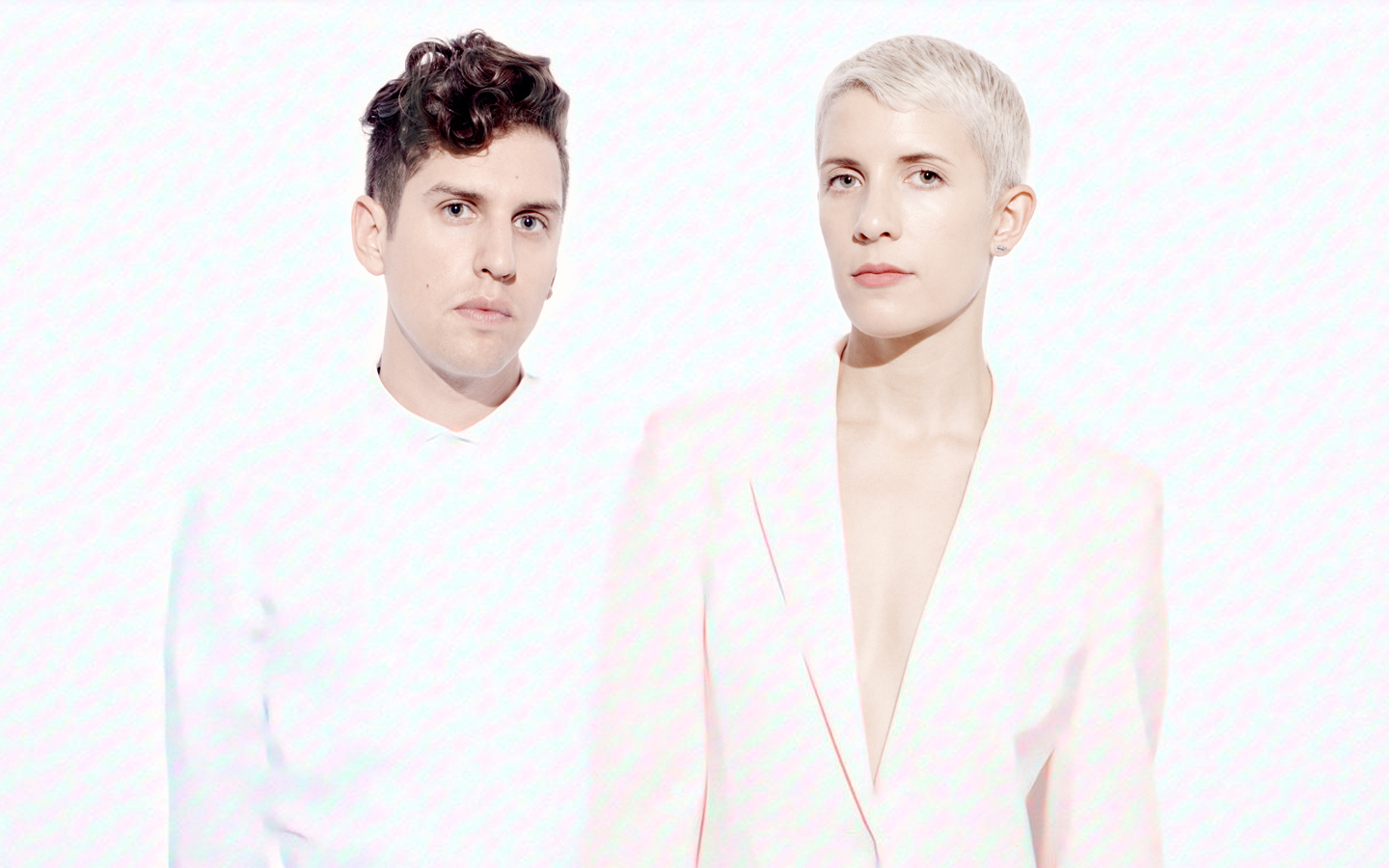 YACHT’s music video for their self-titled track begins with the statement: “The future is an impossible goal […] We’ve made an album about that. But it’s also about looking carefully at the world around us and trying to understand what we’ve done with the imaginations of those who came before us. Would they believe it?” Los Angeles dance-rock act YACHT follow-up 2011’s Shangri-La with I Thought The Future Would Be Cooler, their fifth full-length. I caught up with them by email to discuss their upcoming release, the platforms used as promotion, and what they thought the future would be like.

Sean Carlin: Hi YACHT! Thanks for taking the time to talk to Northern Transmissions, where do I reach you today? What are you up to?

YACHT: At home in Los Angeles, getting ready for tour.

Sean Carlin: Your full-length LP I Thought The Future Would Be Cooler drops on October 16th, how have some of your new singles been received?

YACHT: They’ve been received well, we think. We try not to read the comments.

Sean Carlin: The title of your forthcoming release paints a dismal picture of failed expectations of the future. Why do you think it was important to address this now?

YACHT: There’s no time like the present to talk about the future!

Sean Carlin: Do you mind telling me a little about the headspace you were in while you were writing the album?

YACHT: As dark as the album’s themes might seem, making it was a joy. It’s the first album we wrote from the ground up with our bandmate and longtime collaborator Rob Kieswetter; we tried things we’d never tried before, pushed each other, found ways to make every song denser and more rewarding. A lot of the songs have sonic references and little meta jokes; the backing vocals on “Hologram,” for example, were created using the same digital voice synthesizer used to render the Japanese holographic pop star Hatsune Miku’s singing voice.

Sean Carlin: What did your younger self think the future would be like?

YACHT: Great question. It’s hard to disentangle what we thought the future would be like from what we thought our futures would be like. That we would ever become grown adults was probably equally incomprehensible to us as water on Mars or drone warfare. We don’t think anyone could have anticipated how totally mundane the future is.

Sean Carlin: Talk to me about the unconventional platforms you used to promote the release of this album (drone videos, billboards, videos played in conjunction with Uber surge pricing, prints of artwork faxed to fans). What inspired them? Did you have any others up your sleeve?

YACHT: We feel like we’re in a unique position to make fun of technology while also making fun of ourselves. Particularly considering what this album is about, which is that we live in a world where every piece of art competes equally with every piece of pop culture for attention (“views”), to say nothing of competing with the news and with opinion. A turtle humping a Croc sandal can become as famous as the Pope overnight. It’s a really, really fucking weird moment in media, and media is the external hard drive of civilization. We’re not interested in being reactionary about technology or its impact on culture, because we’re sucked into our phones like everyone else. We’re fully in it. We want to talk about the world from inside the world, by speaking the language of the moment, which is headlines. Headlines as the iceberg tips of way bigger conversations—the conversations we really want to be having.

Sean Carlin: Where does the album sit in your catalogue? How does it relate to your previous material?

YACHT: The YACHT catalogue is diverse, because we’ve been a band in some form or another for 12 years. Some YACHT records are experimental laptop music. Some of them are really dark. We’ve been putting out mostly singles and EPs for the last three years, because we like to try out completely different ideas from one song to the next. I Thought The Future Would Be Cooler is the most robust, cohesive, big-sounding thing we’ve ever made. To us, it expresses what YACHT is interested in—both in terms of subject matter and musically—more completely than anything we’ve ever made before.

Sean Carlin: What is the most important moment of the album for you?

YACHT: Hard to say. We like the fact that the album starts with a 12-minute song about living in space that turns into a club track—it’s the kind of slow-burner-epic that would be a deeper album cut if this were a different kind of album. We’re trying to begin after everything falls apart, and the rest of the album is about putting the world back together again.

Sean Carlin: How do you balance the lyrics and music? How does one support the other?

YACHT: The lyrics and music in YACHT songs are usually doing opposing things. We like to make really dynamic pop music with really dark, deeply referential, or straight-up weird lyrics. Pop music is the greatest carrier for ideas that the West has ever cooked up: we remember and repeat song lyrics all our lives. They’re like secular mantras. Why not make them meaningful or provocative? We want people to feel a little strange when they’re singing along.

Sean Carlin: What did you take out of the process of writing and recording this record? What do you hope people take out of an album like ITTFWBC?

YACHT: We don’t have any expectations about what people will get out of this album. We really hope people will like it. We think it speaks the truth. It was really fun to make and it will be really fun to play.

Sean Carlin: Finally, if you had to name one thing that really let you down about the future what would it be?

YACHT: The consistent unwarranted use of force by police departments across the country. And the fact that we trade privacy for convenience without even thinking about it anymore. ¯\_(ツ)_/¯

Sean Carlin: Thank you for taking the time to talk to us and best of luck with the release!