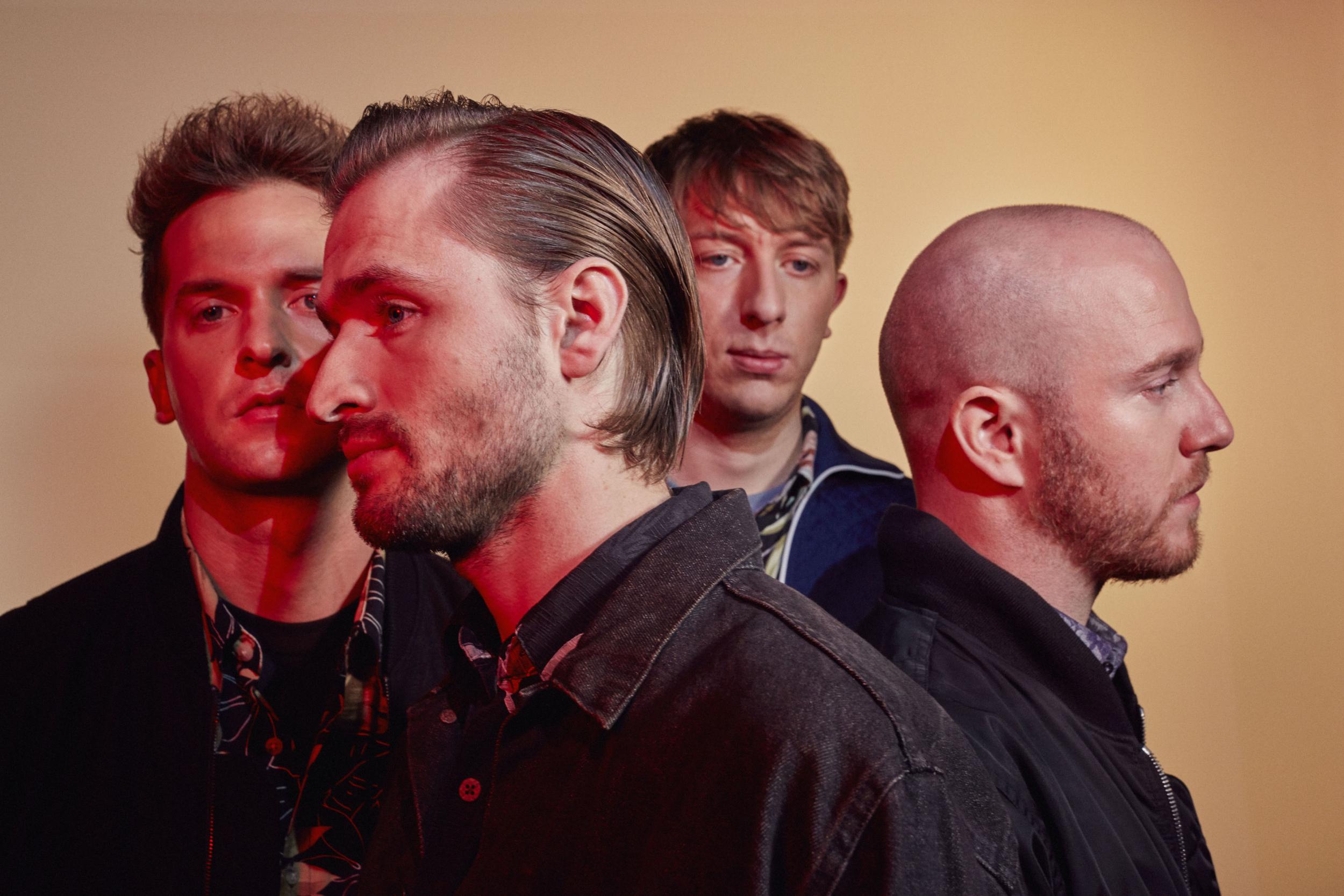 Northern Transmissions interviewed Tom Fleming of Wild Beasts at 4:30pm London-time, catching his first sips of a pilsner on record — “It’s a little early, but hey, when you’re in the industry! And I’m British.” Though not the quietest location for an interview, it succeeded in setting the tone. In anticipation of Boy King, the potent follow-up to Present Tense (2014), our discussion revolves around themes in the new album — references to male archetypes, the fallibility of gods, fourth-wave feminism, and recording with instinct.

Northern Transmissions: Boy King is sexually charged, like all your albums, though the title evokes an idea of impulse and perhaps immaturity. Would you agree?

Tom Fleming: Certainly, immaturity is a great way to describe it. In some ways it is a comment on masculinity. This whole record is quite a sexual record, but there is very little love on it. It is quite a nihilistic, cruel record in a lot of ways. You know, a rock and roll record. I think the idea of Boy King was essentially the idea of the old, powerful, conquering male that is also simultaneously a snivelling little child. And it’s not that they’re different, but that they’re one in the same.

NT: It is interesting that you mention conquering, because I noticed that throughout the album there are references to Ancient Greek civilization and mythology — “He The Colossus,” “Eat Your Heart Out Adonis,” and more references to deities — and I’m wondering what sort of influence you draw from that period?

TF: It wasn’t something that we did directly, but that sort of imagery is everywhere. It permeates all kinds of storytelling. Greek mythology is really interesting because it deals with all the fallibility of gods — the kind of human failures and stupidities of gods. Also, it is very sexual. It is really quite carnal. While we didn’t mean to take anything directly, now that I think about it there are actually quite a few references, aren’t there?… Certainly the idea of Colossus as a conquering male. “Big Cat” is a conquering male. “Tough Guy” is a conquering male. There are a lot of images of conquest and power. In some ways we satirize stuff, but we are also aware. I think this whole record, in some ways, was checking our privilege and examining what sort of damage masculinity and narratives of power do.

NT: Considering these themes in relation to the Ancient Greeks, their opulence and privilege led to burn out, and essentially the death of their civilization.

TF: That is a cool idea. Something that I probably should have said, [Boy King] is very opulent. It’s almost like a Sunset Strip record — It’s a bunch of white Englishmen who went to America to make a process rock record, you know what I mean? There is a sense of opulence and decadence.

NT: “Alpha Female” starts with the lyrics, “I ask a shaman / ask a priest,” consulting on the feminine divine. This song can be understood a couple ways — either it is a genuine acknowledgment of feminism and women’s rights, or it is mocking superficial shamanistic interpretations of feminism. What were your motivations behind these lyrics?

TF: First, let me say that I think with the whole internet-led fourth wave of feminism, I feel like [Wild Beasts] were slightly ahead of the curb in what we were interested in, artistically, in terms of feminist rights and gender politics. In terms of this track, it’s kind of an inversion of alpha male cock rock … It’s certainly not an attempt to mock self-actualization, even though I think the whole album does kind of do that. In more general terms, social media has led self-reflection with, “Me-me-me, my actualization, my pleasure, what can I get out of the world?” I don’t mean to take aim at women trying to make their way in very much a boy’s-club sort of world. That wouldn’t be fair.

NT: I had perceived “Alpha Female” as genuine, but I needed to ask. In other songs, such as “Celestial Creatures,” Wild Beasts deifies women.

TF: That’s another thing, I think our work is always balanced out with a kind of male failure. I guess it’s an inversion of the kind of rock and roll power structures, “Me Tarzan, you Jane” shit. I think that’s so played out. [In Boy King] there is an interest in interrogating that.

NT: Your previous album, Present Tense had a more synth and electronic sound. While Boy King is still synthy, there is a lot more guitar. Was this new direction deliberate?

TF: It was deliberate. Synthetic sound and keyboards, because of their power and flexibility, still play a big part in our sound, but I think we all felt that we kind of completed the studio. Obviously we’re not experts, but Present Tense was so programmed and produced at the studio. [Boy King] is more instinctive. There was more [sound] that came out of — I hate the term — jam sessions, improvising, and just making noise. [The guitar] sort of came at the end of the recording process, a white Jackson guitar. I had always wanted one … What we mentioned before about opulence and decadence, is to some extent showy. This album is quite showy.

TF: The man is incredible. We obviously went all the way to Dallas, the first time recording in the U.S., with only the equipment we could carry. When you go to the U.S. the standard of playing is very high, so we brought our A-game to it, or we tried to. His response was totally like, “I want to preserve what’s good about you guys. I want to preserve your sound a lot more spontaneous,” which was exactly what we wanted, really. John’s way of working was so quick, and so, kind of, working class. He records a lot of bands, so he’s used to doing things quickly and well. He is a punk rocker, who happens to be a good producer. He comes at things from an artist’s perspective rather than a technician’s perspective, which all good producers do. You shouldn’t have to understand how it’s made to enjoy it, and I think every good producer knows that.

NT: There are two types of sculptors — artists build sculptures up, and artists who carve sculptures out of something solid. Adding versus subtracting. If Wild Beasts were sculptors, what type would you be?

TF: Was it Rodin who said he saw the sculpture in the stone? I think our music is much more reductive. It is very much about taking away, and trying to do the dumbest thing you could. I think definitely in those terms, subtracting is the way to go. I think it is very easy to add, and very difficult to take away.

Swans — Soundtrack for the Blind
Joanna Newsom — The Milk-Eyed Mender
Tool — Ænima
Antony and the Johnsons — I Am a Bird Now
…And probably Master of Puppets by Metallica, if I was being honest. Teenage obsession has recently come back around, and I was right about that one.

NT: I think Master of Puppets is probably an album that influences a lot of musicians we interview, but they’re hesitant to admit it because of perception.

TF: I think we just made this record to imply that we don’t give a fuck anymore.