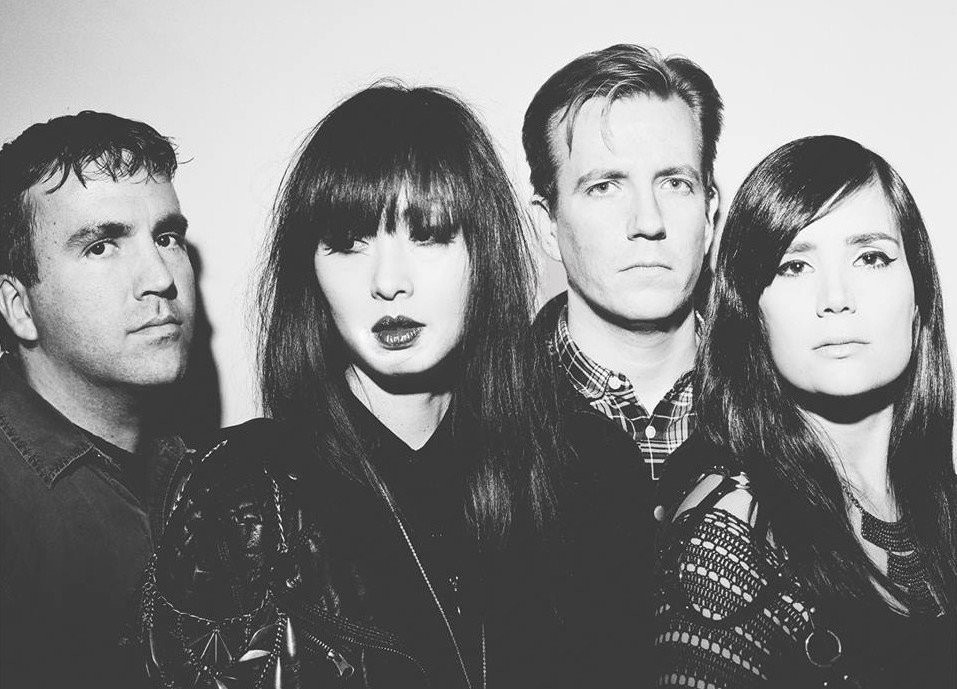 NT: You have a pretty busy life, when did you start writing material for SISU?

SV: Some of the earliest work dates back to 2010 about.

NT: You have been part of successful groups in the past, did you always want to have your own band?

SV: I grew up playing drums in bands since I was 13, so I always sat pretty comfortably as the backbone. I play many other instruments though, so I would overdub myself playing as a whole band very early on. Back then, I never occurred to me that it was something I could do, for whatever reason, like lack of confidence, lack of a role model. In the last few years, I started feeling so trapped being so dependent on others to create music, so I just started finally making my own songs.

How different is it now playing live, now that you’ve stepped away from the drum kit?

SV: It’s very different, and I’m starting to feel more comfortable up front. Like I said, I got very comfortable playing drums, just having it done it for so long. Playing guitar and singing comes with a whole other set of movements and vulnerability.

NT: For the Light Eyes EP, you guys did everything on your own. Did you get help this time for your upcoming album Blood Tears?

SV: Yes, we wanted to step up production so we borrowed nice mics and mic-pres and enlisted our friend and long time supporter Lars Stalfors to mix the record. I still played about 80% of all the instruments on the record, but Ryan Wood added considerably by engineering and co-producing. Nathanael Keefer played drums on 8 out of 10 songs, which freed me up to direct a bit more.

NT: How does it differ musically from the EP?

SV: There meant to be live drums on the EP but I couldn’t get them to sound right, so we stuck with just the drum machine. The EP is on the whole more “lo-fi” without the extra help. Song wise, the EP is meatier, denser, and more layered. Two Thousand Hands is actually the newest song that I’ve written. I had more emphasis on melodic bass lines on the EP in comparison to the LP.

NT: The title sounds a bit dark, what is it inspired by?

SV: It’s an image introduced by one of my friends but it works so well with the melodramatic sensibility of the record. I wrote a song based on the idea, of blood as being the manifestation of physical and internal pain. You can’t see clearly with blood in your eyes, it’s opposite the idea of rose-colored glasses. It plays off the title of the EP “Light Eyes” too, which is clarity and enlightenment. It is dark, like how we get so wrapped up in our own depression or sadness.

SV: I try my hardest to put everything into whatever I’m working on.

NT: Sisu is the Finish word for perseverance, is this a big part of your personality?

SV: Yes, if it is something that I truly care about, I put my all into it. It’s almost to the point of ruthlessness, because I refuse to wait around for people sometimes, maybe to a fault. With limited resources, I have to learn how to do a lot myself. I’ve always had this streak of independence, and perhaps that’s what lead me here. It’s very easy to complain about the state of things or place blame on things that supposedly prevent you from doing what makes you happy. I fight that every day and try to be proactive about getting things that I want done.

Broadcast – Noise Made By People