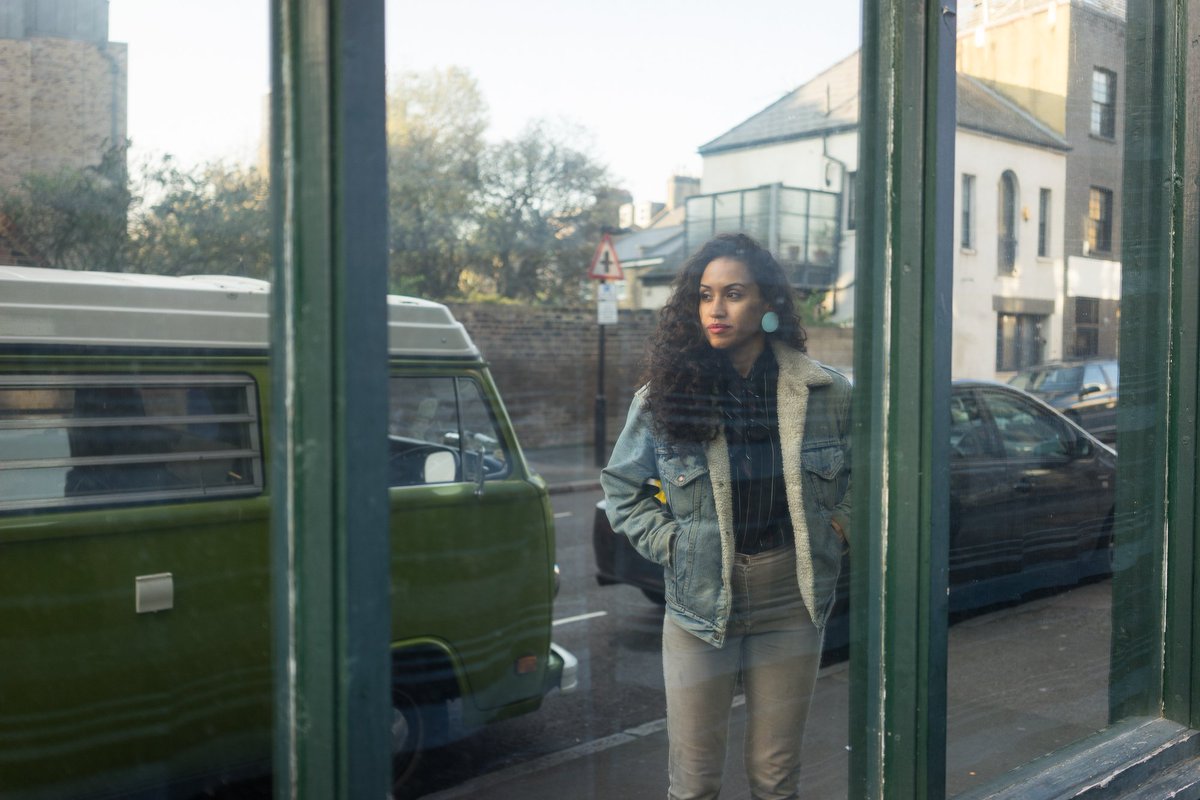 Though she’s a young woman from Los Angeles, Kadhja Bonet’s music evokes a sense of aged wisdom, or else prophetic foresight; fantastical enchantments or else earthly magical-realism that sound like a companion for a Gabriel García Márquez story. After a couple years of scant singles online, Bonet’s debut, The Visitor, is releasing October 21 under record labels Fat Possum and Fresh Selects. The record is an expanded take on her last EP, also titled The Visitor, which saw a limited release earlier in the year.

Written, arranged, produced, and of course, sung by Bonet, The Visitor is a heady brew of jazz, soul, and classical music. Northern Transmissions’ Callie Hitchcock praised the album as “a hauntingly sweet and other-worldly soundscape of which the listener feels very much ‘a visitor’ to.”

Northern Transmissions: You joke about being born in 1784 on your Bandcamp page, but the music really does have a magical, out-of-time sound. Do you feel your work is grounded in modern L.A. in any way?

Kadhja Bonet: No matter what time and space someone has previously occupied, during the creation of a work the immediate environment can’t help but shape the result in some way or another. Even though I shelter myself from LA as best i can, there is a vibe to anywhere that infiltrates, like a smell that creeps out from under the doors and floor boards. Furthermore each house, or each room in a house or studio evokes different feelings from you. Different colors. The shape of the room, the building materials, the paint job, the rooms contents and undoubtedly history… I have no doubt that if i were recording in Costa Rica my album would come out much differently.

NT: How do you think your self-image is wrapped into the music, if at all? Do you want that disconnect to be there?

KB: I’m not sure I understand the question, and perhaps that’s because I cannot separate the two. The beauty of making art is self discovery. I learn things about myself, colors and moods i had never put a face to, through what i allow to escape my dream space and build into a reality. So there is no disconnect. The hope is that through attempting to understand any artwork, the audience actively gains a snap shot of something they hadn’t named in themselves either. In this way my identity is irrelevant. The art is about the viewer.

NT: When playing live shows, is there a sense of surprise or even disappointment from your audience that you are, in fact, a normal human?

KB: Am I? Some of my qualities are painfully human and other times I wish they were.

NT: It seems like the titular ‘Visitor’ is either the listener entering your fantasy vision of the world, or your own view of things. Do you have an intended or personal interpretation of your own work?

KB: I don’t think that would be fair to share. It’s like in horror films, when you are terrified up until the moment the monster is revealed, and then you realize its cheap CGI or a guy in a costume, and you wish they had just never shown it. The individuals imagination will always be more potent than something imposed on it. In this way the viewer is free to draw from all their own personal fears and aspirations, perspectives and experiences in order to come to the conclusions they most need to hear or see. It would cheapen the outcome to instruct others what to interpret. That’s why I always hated english literature classes.

NT: Your singing on the final track, “Francisco”, features no lyrics. How do you feel about the power of the voice as an instrument?

KB: That song is a cover by Milton Nacimento. I don’t think of myself as a talented vocalist by any means, but I do understand the limitations of language, and how sometimes more is said without it. That being said, Portrait of Tracy was also a wordless cover, but I put words to it in a feeble attempt to honor my idea of Tracy. I think we all have sabotaged a growing love in our lives, and that was a story i wanted to tell.

NT: There’re a lot of creative styles mixed here—what influences, musical or otherwise, did you have in making The Visitor?

KB: Everything i have ever heard is an influence. Maybe especially music that i hate. I admit to cringing every time I’m compared to someone. Not because I’m insulted, In fact i think it’s usually more of an insult to whoever you are comparing me to. But I cringe because it’s a reminder that i haven’t arrived yet. I still have layers and layers of culturalization and influences to peel off before i can become unequivocally myself.

NT: You play many of the instruments on the album, and then mix them yourself. How much of The Visitor is your vision?

NT: It’s early to say with your album’s new release, but what direction are you taking your music career in next?

KB: I think I’ve mostly answered that question. I just feel like as long as you are putting one foot in front of the other, no matter which turns you take, there’s only forward. We’ll have to wait and see where it goes together.

NT: Thanks for talking with Northern Transmissions, and congrats on the album’s release. Anything else you’d like to say to fans or new listeners?

KB: Do you! That’s it. Just do you. I think it’s actually really hard to even know what that means, cause we are such products of our environments. But the attempt of it is the good stuff.