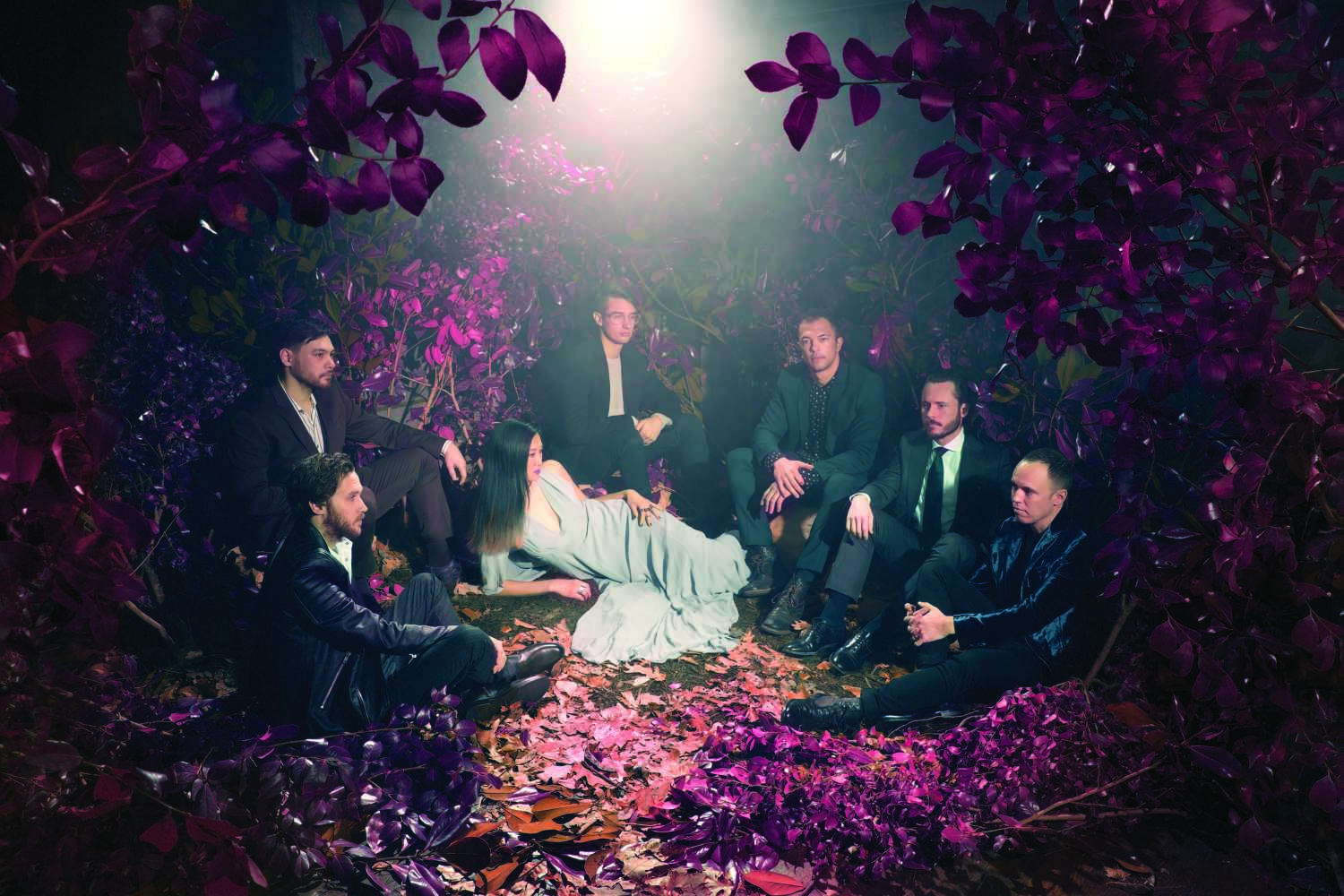 San Fermin is quite unique in the world of large-roster indie bands. Despite the bands large size, their music is all written first and foremost by bandleader Ellis Ludwig-Leone, who on their latest album Belong is finally looking to himself for inspiration.

“I wanted to make an album of songs, rather than a concept record with characters, something more personal and intimate, said Ludwig-Leone. “You don’t want to make the same record over and over again, and in order to do that I think you have to open yourself up to more vulnerability.”

Part of that vulnerability was digging into Ludwig-Leone’s own anxieties to colour the album. “It’s something I’ve dealt with my whole life, and it’s often hard for me to enjoy things for very long because I’m always worrying,” said Ludwig-Leone. “I can find inspiration there too, and balancing something that sounds ecstatic but also a little freaked out has been a big part of what this band has been about.”

Working this altogether, Ludwig-Leone has really grown as a writer to make this record more unique and it’s helped his anxiety with the band too. “I feel more confident as a songwriter now having a few years under my belt with this band, so I didn’t need the structure of a concept record anymore,” said Ludwig-Leone.

With this in mind he feels like this latest record represents the project better than any previous record as its really the first time the band has been able to spend time playing live together before making a record. “The first record I wrote completely solo, and the second record was written before we’d ever went on tour because of the lag time on deals.”

“This record was the first time I was writing knowing exactly who was playing it, the way it would sound live and look on stage, said Ludwig-Leone. “Whenever I write, I try first and foremost to make it something that resonates for me, so it was really a coming together of those two forces.” Thanks to this he’s been able to advance the band’s writing to allow the member’s more authority over the sound. “When I write a song now, I think about the players and how they like to play, and make it their own,” said Ludwig-Leone. “The fundamentals of the writing hasn’t changed but our live show is very much made by them in a major way.”

Keeping busy in their downtime with solo projects, each member’s outside work has even filtered back into the band. “Allen and Charlene put out records, Stephen and Mike are working on solo records, so I like to keep an ear open for what kind of decisions they make when they make decisions of their own,” said Ludwig-Leone. “For Charlene she’s so good at delivering a pop vocal and I noticed the register she sings in naturally is lower than the one I’d been writing for her which was interesting.”

Ludwig-Leone not only watched but helped make some of it happen. “For Allen it was really interesting because I produced his album and arranged it, but he called all the shots,” says Ludwig-Leone. “It was cool because I found the way he wanted to sing was the way he used to sing back when we were 15/16, a little warmer and higher up in his register, that
came through on this record as well.”

Despite line-up changes throughout the years Ludwig-Leone tries to see the silver linings. “It’s an opportunity, three years ago Charlene joined and that shaped the way I wrote vocal lines and now this record is more suited to what she wants to do as a singer,” said Ludwig-Leone.

On top of this with violinist Claire Wellin, they’ve earned a new vocalist to strengthen their sound. “What’s cool about her joining is she’s a confident singer and likes doing harmonies with Charlene so we’ve started to pivot that way in the live show, it’s a constantly shifting pallet of colours.”