Interview With Ryan From Jamaican Queens 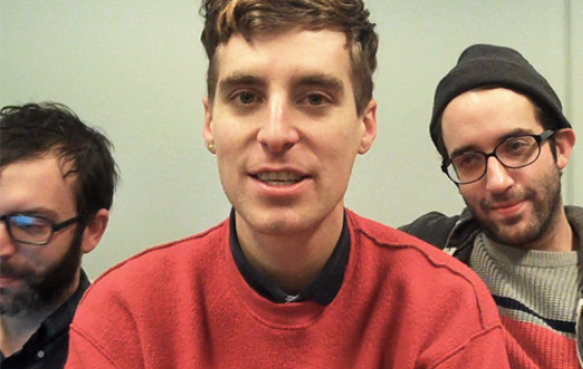 Northern Transmissions chatted with Ryan from Jamaican Queens. Their new album Wormfood is now available. You can also catch them on the road with Javelin.

NT: First off, let’s talk about your latest album Wormfood. It really does contain so many influences, from southern Hip Hop to ambient rock. How do we categorize the music of Jamaica Queens?

RS: I usually just call it “experimental pop”, but I’ve called it other things as well. It depends on what kind of mood i’m in. I called us “glam rap” the other day. I like that a lot. Made me LOL. Trap Pop. Odd Pop. Queer Grunge. indie jock jams.

NT: How does the music all come together live?

RS: We do a lot of sampling and live sampling. there are live drums as well. I pitch shift the vocals live a lot, fuzz bass, synth, drum machines, and harmonies.

NT: You guys were working on a completely different project recently. I think Adam Had Moved to Detroit from New York city to concentrate on Prussia. Then Jamaican Queens turned into the full time project, what happened?

RS: He actually moved from Illinois to Detroit to join Prussia. We lived together. Around that time, he was making a ton of rap beats and I started writing songs over them as a fun side project. Once all the dudes in Prussia started having kids, and careers, and shit, we knew that we had to start a new band. So early 2012, we started making the rap beat-pop song combo our new full time project. The more we worked on it, the more it just developed into a completely unique project to the stuff we were working on with Prussia. We almost called the band Community Crack Party. I don’t know how we settled on JQ, but i’m glad we did. It’s a cool name. It’s weird. Just like Adam and I. Super cool, wacky gUyS. 😉 We love havin’ fun and we love 2 laugh.

NT: The single “Caitlin” was originally written as a present for a friend. How did you break the news about taking the song back. Did you write them another one?

RS: I wrote the song for a friend, but once we started working on it, we knew we wanted it to be a jamaican queens song. By the time X mas came along it was kind of shoe-gazey. Right when we showed it to her, She cried and told us that we should use it. So I mean even though it was a gift to her, we retained the rights to the song. She’s one of our best buds. She digs our shit and has always been one of our biggest supports. She even lived with Adam for a while. She’ll probably end up singing on one of our songs one day. She’s got a beautiful voice and actually writes really great songs.

NT: Can you tell people a bit about the song and video “Kids Get Away”. It’s a tad unsettling.

RS: All of my lyrics are like exaggerations of things that happen to me or my friends. They are embellishments of the truth. Story telling. This fucked up thing happened to a girl in Midtown. She was assaulted and got her face slashed up with a knife. I wrote the song where the protagonist is in love with the girl who gets slashed, and then she ends up falling in love with him while he’s taking care of her in the hospital. I thought it was a “cute” way to make this morbid, terrifying story into a kind of messed up love story. I don’t know that it totally accomplishes that, but i think i got close to what i was going for. It was one of the fastest songs I’ve ever written. I wrote that song in about 45 minutes. It poured out of me. Adam showed me that beat and as soon as i got the idea in my head, I wrote it all down very quickly. I wrote it in this shitty mall in the suburbs while my friend got his computer fixed at the apple store.

NT: Tell us a bit about Detroit, seems like many bands are relocating there these days.

RS: I haven’t met a ton of bands who have relocated here. The only one I know of is Shigeto. A lot of bands say they live in Detroit, but actually live in the suburbs. I did this when I lived in the suburbs. Detroit is absolutely nothing like the suburbs. The suburbs are very very safe. And boring as shit. Really boring. I lived in Pontiac for a bit also. Which is just as poverty struck and crime ridden as Detroit, but without anything cool going on. I only lived there to help start this DIY venue. I love living in Detroit, but I wish my Ex girlfriend would move. She shows up to every party I go to with her new boyfriend. Wow, I really get off topic on this one, huh? Yeah. some bands probably move to detroit, I just don’t know any of them. From what I can tell all the “Detroit” bands live in the suburbs or have been in Detroit for a long time and are more than likely my friends.

NT: Which five records should be part of everyone’s collection?

RS: This is so hard! I change what i’m listening to every 10 minutes. I’m a genre hopper. I guess I would say:

Marvin Gaye – ‘I Want You’ =sexiest, best ever.

The Congo’s ‘The Heart of the Congo’s’

I also listen to a ton of Destroyer and Belle & Sebastian right now as well. Not enough to say “Best ever” but maybe next time we do an interview, i’ll say one of those. Or maybe i’ll just name a bunch of acid house records. Maybe Coltrane shit. Whatever. So hard. haha.