Our Interview With Lady Lamb The Beekeeper 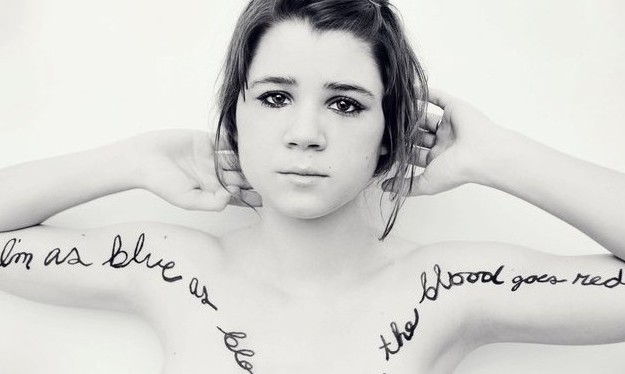 NT: You Wrote Ripely Pine when you were living in a small town in Maine. Did the area you come from influence the songs on the album?

AS: The majority of the album was really inspired by daily life. At the time, writing was a real outlet for me to express myself. The surroundings in parts of Maine are quite inspiring also. When writing Ripley Pine, I was working in a video store. After closing, I could practice and sing as loud as I wanted. I was really lucky nobody ever came around. I had no time constraints either and the space was free.

NT: The songs on the album are really touching and quite emotional. Are they sometimes hard to play live?

AS: No, I think that there are certain musicians write who more demanding material. Sometimes I get really emotional because my songs are quite physical and it can be taxing. So that can really evoke emotions. I don’t really think it’s the material, but more the physical side of the songs that can make playing them a little hard.

NT: You now live in Brooklyn, NY. How has life been different for you since moving from Maine?

AS: I found the transition really smooth. There are many little neighbourhoods where I live in New York. It reminds me a little of Portland, Maine. I’m also lucky because I have a really strong support system, which really helps.

NT: Can you talk a bit about the Nothing Part ll? It’s quite an interesting video. Were you involved in the creative process?

AS: I came up with the entire concept. It has to do with a pie eating contest, which evolves into something much more complex. We shot the whole thing in eleven hours. My friend David Meiklejohn directed it. He really did a great job. I really wanted it to be tongue-in-cheek. It was really meant to be celebratory. I also really love fencing. Yes, it was inspired by the pie eating contest in Stand By Me.

NT: Would you consider yourself a folk artist after winning “Folk Artist Of The Year” in Boston?

AS: No, I honestly never really thought of that title. It never really crossed my mind, calling myself a folk artist. I was quite honoured to win that award though.

NT: The story of how you put out your first album is pretty DIY. You would deliver handmade packages to different stores in your area. Were those fun times for you?

AS: It was a really fun time making my own records. I had a really good time driving my records to all the different places there. It felt really great getting my music out to people.