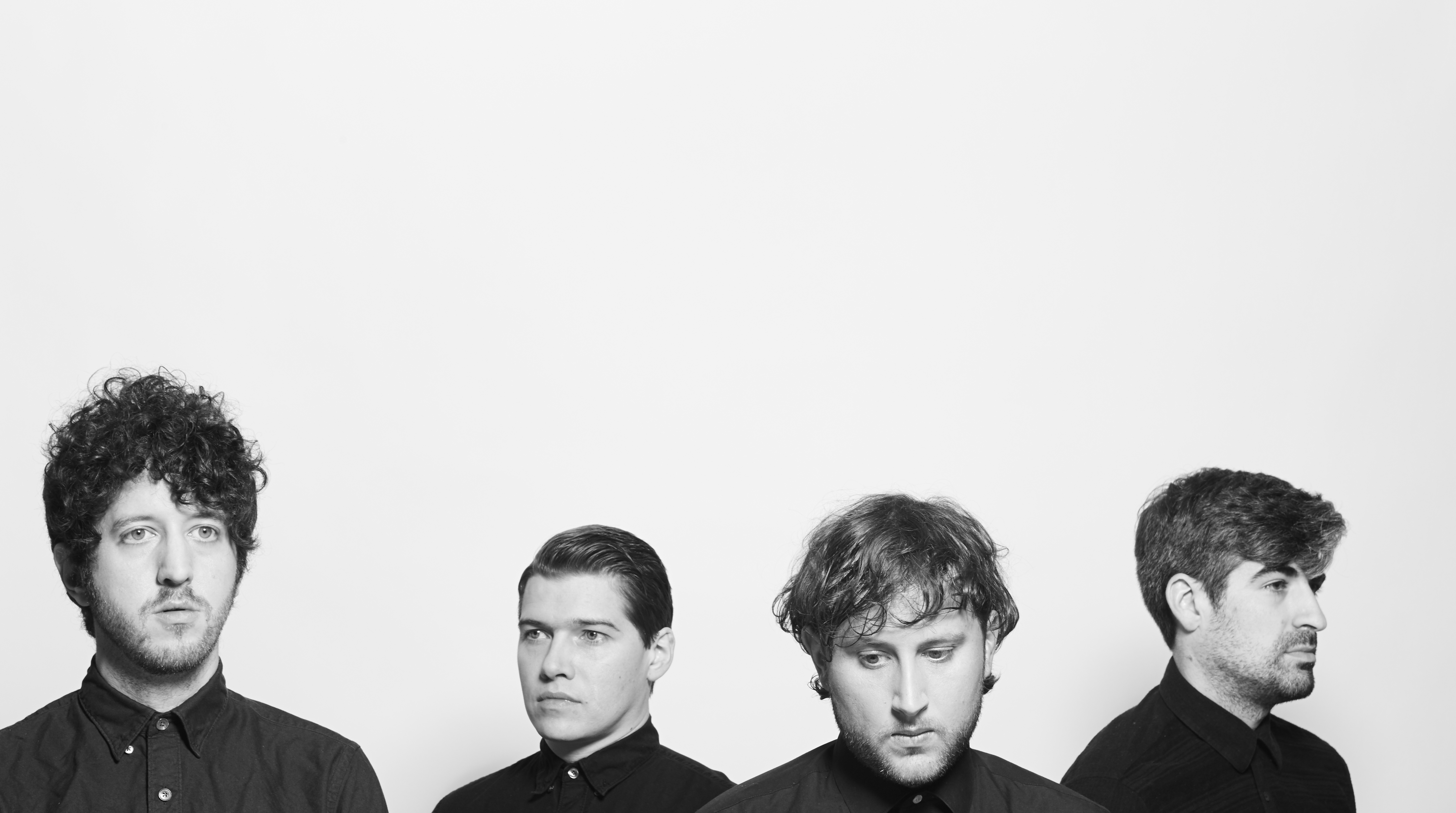 Small Black’s third full length release, written & recorded at their Brooklyn home studio, is an attempt to look at the bottom with an eye for the rising. On the cover of Best Blues a beautiful, mysterious photo of a woman walking alone on a beach allows the viewer to create their own storyline. The image is a found photo, from the many that were rescued after Hurricane Sandy flooded Josh Hayden Kolenik’s family’s Long Island home. The third full length deals heavily on learning how to “narrow down the past into the images that were worth saving.” I got some time in with Josh Kolenik while in Greenpoint, Brooklyn to talk about Small Black’s forthcoming release, Kolenik’s obsessive memory maintenance, and finding the best stuff at the bottom.

NT: Hi! Thanks for taking the time to chat with Northern Transmissions. Where do I reach you today?

JK: Having a coffee in Greenpoint, Brooklyn

NT: Let’s talk new album right away. Your third full-length LP Best Blues drops on October 16th, how have some of your new singles been received?

JK: I think folks are enjoying them. Try not to pay attention too much to whats happening with them and let the label deal with it though.

NT: Gracing the cover of your forthcoming album is a found photo, rescued after Hurricane Sandy flooded your family’s home. What was it about that photo that spoke to you, or the album as a whole?

JK: Well, its a beautiful, mysterious image from the get go. The colors were heightened in the fading from the water damage.  Also I don’t know who it is on the cover and neither does my Dad who took the photo. l often buy old photographs from flea markets and try to figure out the stories of the images. So here was one, sitting in my own family’s archive, where the story would also have to be concocted, otherwise be lost to time.

NT: Were there other photos you had in mind for the cover?

JK: Not really. There are lot of other images in the series. But this is the strongest. We also have a sort of tradition of having obscured figures on our album covers if you look back at Limits of Desire and all of our 7 inches. Its nice to continue themes.

NT: Do you mind telling me a bit about the state of mind you were in when you were uncovering some of the rescued letters and photos and while writing and recording the album?

JK: I’ve been obsessive about memory maintenance throughout my life. I have catalogued  everything I’ve ever written, recorded, and drawn pretty extensively. To see a lot of if underwater, and to have to chose what was worth saving, honestly it was very liberating. To narrow down the past into the images that were worth saving. I think its a good lesson for me as far as how dealing with the past in the present in general.

NT: Best Blues is a record that must carry a lot of weight, maybe more than some of your older catalogue, is there an overall theme in this record?

JK: Our songwriting has never been light from the get go, but critics decided to throw the lazy moniker “chillwave” on it, in an attempt to render it sophomoric.  The theme of the record is “No Rebirth Without Destruction.”  Its an attempt to look at the bottom with an eye for the rising.

NT: Where does it sit in your catalogue? How does it relate to your previous material?

JK: There are moments of light and dark throughout our catalog. This one just skews a little more nighttime than the others. Songs like Pleasant Experience and Shook Loves have already established our focus on the fallibility of memory.

NT: What is the most important moment of the album for you?

JK: The crescendo & end vamp on Between Leos represents the hope you have to hold on to, to get through pain. I can’t imagine the album without it. It also has lovely vocals from our friends Kaede Ford and Isabelle Jusseaume, which add a new level of humanity to the track.

NT: How do you balance the lyrics and music? How does one support the other?

JK: The music or a title always comes first, then lyrics just drafted out of a melody we’re all interested in.  There is a lot of back and forth in the writing process to make sure they are supporting each other equally.

NT: What does Best Blues mean to you? How do you feel now that it will be out in the world soon?

JK: Best Blues is just getting at the idea that a lot of time you find the best stuff at the bottom. And you figured out whatever you’ve got to offer your friends and your loves, with how gracefully you make it through the worst parts.

NT: What did you take out of the process of writing and recording this record? What do you hope people take out of an album like Best Blues?

JK: The best lesson learned through this process is not to get too heavy into editing too early in the process. Need to let things breathe and figure out exactly what they are, before getting too caught in the minutiae. I hope listeners find comfort & calm with us sharing our experiences more explicitly than we had in the past.

NT: I’ve been a big listener of Small Black ever since I heard “Despicable Dogs” – it’s actually what got me into indie music in the first place. So I wanted to extend a special thank you to you for taking the time to talk to us and best of luck with the release!