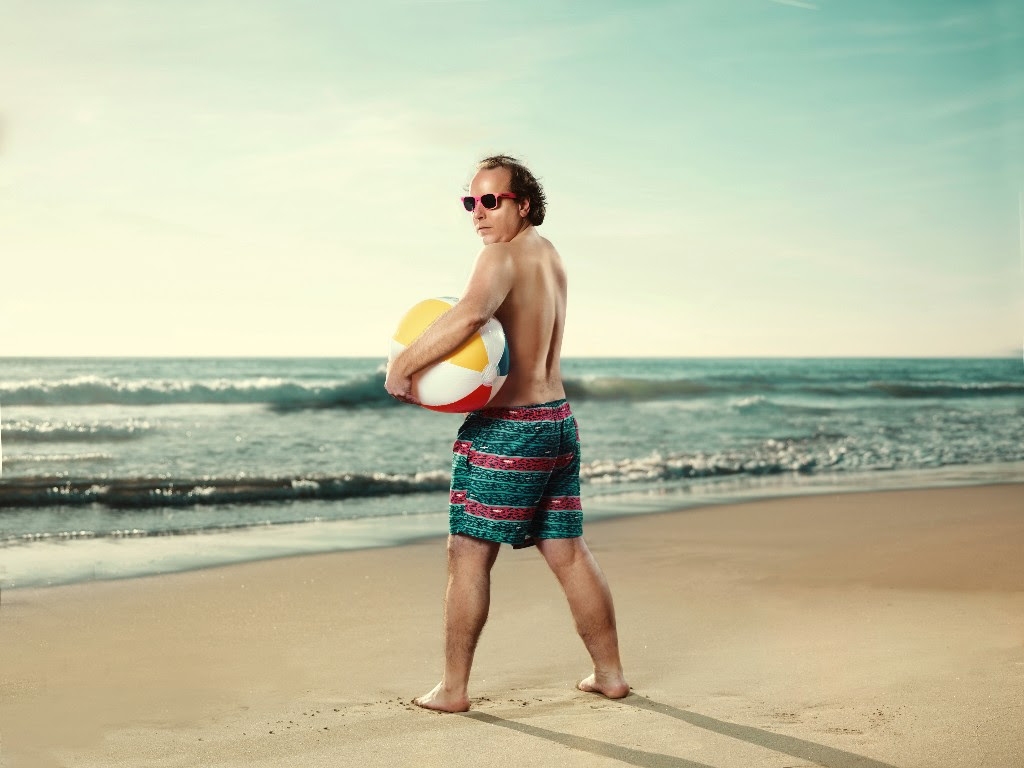 Har Mar Superstar, born Sean Tillmann, is one of those people whose undeniable talent has led him on a journey through genres and unabashed theatricality. How many people can do semi-nude handstands, then belt out a soul song with complete mastery? Bye Bye 17, his last album, was filled with songwriting craft and vocal chops. But all the musicians he has toured or collaborated with, bands like The Strokes, Red Hot Chili Peppers, Yeah Yeah Yeahs, have known about his talents for a long time. Now his new album, Best Summer Ever, is about to be released. The idea was to imagine the greatest hits of Har Mar Superstar – but from 1950-1985. Forget that he wasn’t even born then. Julian Casablancas assisted with the concept and the production, and first song off the album “Youth Without Love” was a Casablancas- penned demo that the two of them loved. Har Mar also brought in musicians like Karen O and Shawn Everett.

Northern Transmissions caught up with Har Mar Superstar on the eve of a tour that starts at SXSW and goes through the spring to promote the new album. Alice Severin asked him about his work with Julian Casablancas, his idea for the concept album, and his views on podcasts and politics.

Northern Transmissions – How are you and where are you at the moment?

Har Mar Superstar -I’m great! Back home in Minneapolis at the moment. Just moved back and feeling really good about the new band I’ve assembled for tour.

NT – Your new album, Best Summer Ever, is coming out in a few weeks. How has the writing and recording process been for you?

HMS -The writing and recording process was pretty natural for me. I basically wrote most of the songs on guitar in my bedroom and took them down to Sonic Ranch in Tornillo, TX with a few of my best friends (Chris Bierden, Ryan McMahon, Matt Sweeney, and Ryan Olson) to get the basics recorded. After that I met up with Julian Casablancas to decide which songs we’d finish together for the record with Shawn Everett. No shortage of genius there to assist me. It was a blast! I’m very excited to share it with the world.

NT – You’re releasing it on Cult Records, the label run by Julian Casablancas. He also co-wrote the first track off the album, “Youth Without Love.” It’s a stomping song, showing off your vocal talents and pop soul sensibilities. What’s it like working with him, and do you think he has a special insight into bringing out the best in artists?

HMS -Julian is always full of insight that I’d never think of at first listen. Every Cult Records release is curated by him in a personal and loving way. I feel very lucky to be part of the team. I’ve learned a lot working with him. “Youth Without Love” was a demo he had sitting around that I really fell in love with, so we made it real. I love when a plan comes together.

NT -The album has as a theme the fictional greatest hits over a period of time in the past. How did you come up with the idea, and were there certain images or influences that you structured the album around?

HMS -I was writing super varied styles of songs for the record. Just throwing stuff at the wall to see what sticks. I think the idea came when we started listening to everything as a whole and realized the songs we wanted to finish all seemed to be from different eras. It helped us with the production of the songs although they don’t appear on the album in the fake chronological order.

NT – What’s it like being one of the few people here that understand irony? What has shaped your point of view?

HMS -I don’t know if I’m one of the few that understands irony. I may be one of the only people who doesn’t hide behind it to say mean things. I grew up with English teachers for parents, so I guess I was pre-disposed to use it properly. Irony can be hilarious and very sad at the same time. You never know what life is going to hand you.

NT – Your Nocturnal Emotions podcast was brilliant – you always got the interesting conversations out of people. What do you think is important to keep in mind about interviews, from both sides?

HMS -I wouldn’t say I interviewed people as much as just guiding fun conversations. I think the most important thing to remember in that situation is to pay attention to what sparks your subject’s interest and keep going down whatever road lights up their eyes. The storyteller will always come out if you play to someone’s excitement. Other than that, just treat people intelligently, and they’ll give you the same respect.

NT – Your last album, Bye Bye 17, was a brilliant love letter to soul. Your voice just sounds better and better. I saw you live here in NYC and was an instant convert. What are you planning for the live shows coming up in support of the new album?

HMS -There are 7 of us in the band now. Live horns and keys have been added to the guitar/ bass/ drum formula, so we can really explore musically. It’s very spontaneous sounding, and there is a lot more room to play off of each other. We’re having a blast.

NT – You seem to be able to approach any genre and put your stamp on it. When you sit down to write songs, do you start with structure, words, or a mood?

HMS -I normally start with a phrase or melody I’ve thought of and build out from there. I never know what style the song will end up in right away. I like to let a bunch of ideas get stuck in my head and record them into my phone memos as I walk around. That way when I sit down to actually finish a song I have tons of ideas to cull from.

NT – So much of the press is about clickbait now – people will do anything to be controversial, and we see this played out in the political world. You’ve expressed support for Bernie Sanders. It seems linked to the issue of trying to take back the narrative from the mainstream, which also relates to music. Is it especially crucial to speak out now?

HMS -I think it’s amazing how Bernie’s voice is being heard and backed. If people weren’t speaking out his message would never have made it this far. I think he has a great chance of getting into the oval office. That would be amazing. I think people are finally ready to fight en masse for a politician that can’t be bought and really has the good of the common man in his best interest. Time will tell. I’m keeping my fingers crossed and doing anything I can to help.

NT – And five albums that you return to.