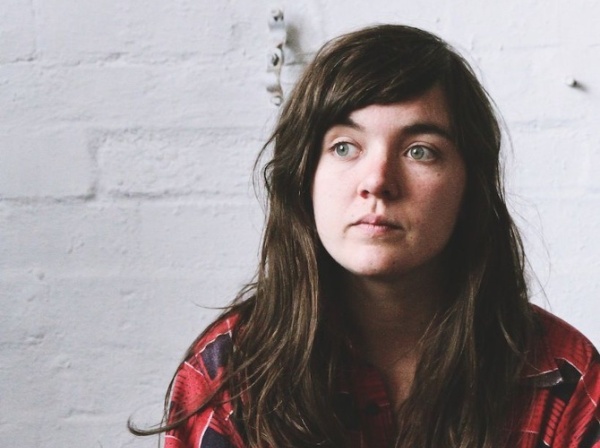 Australian singer-songwriter Courtney Barnett recently played her first shows in North America at CMJ. We had a few moments to chat with her. Her new album A Sea Of Split Peas is now available on High Anxiety/Marathon Artists.

NT: The songs on your new album A Sea Of Split Peas are about the daily minutia, with a bit of dark humour attached. Do you view life in the same fashion?

CB: I think my writing comes from a natural place. The world can be a depressing place. I have suffered from depression in the past. Sometimes it’s a bit difficult to find a balance, you really have to have empathize. The songs sum up life and my personal experiences.

NT: You did most of the illustrations that come with your album and EP. Do the songs inspire the drawings or vice versa?

CB: They are kind of non-related. I keep a journal with my daily thoughts, which turn into quite a few songs. The drawings happening kind of naturally as I’m writing.

NT: Tell us about “History Eraser”, one of the songs on the album that is also on the Avant Gardener EP. Where does the inspiration for the song come from?

CB: I wrote that tune when I was in Sydney. The lyrics were set as if it was a dream, which it actually was. I wrote notes from a dream and then turned it into a song. I tried to remember as much as possible, but forgot a few things, so I added some real life memories to the song.

NT: You started your own label, Milk! Records. How difficult was it? What kind of bands are you signing?

CB: It’s a very different type of label, it’s very lo-fi and extremely independent. Originally, I started it to put my own and friend’s music out. The label is more like a community. Most of us sing on each other’s records. Sometimes I don’t even know what I’m doing, it really comes down to putting music that I really like out.

NT: This is your first ever trip to the U.S., and you just landed in New York City a couple of days ago. What are your first impressions?

CB: New York is a bigger scale size scale than Melbourne. Surprisingly, the landscape is quite similar. Both cities also have the lane-ways, cafe, and art culture. Everybody in the city has been really lovely so far, it’s not as tough as it’s portrayed, hah.

NT: You have been described as a songwriter’s songwriter. How do you fell about the popularity of EDM and similar genres?

CB: To be honest, I don’t want to sound arrogant but I don’t really listen to tons of music. When I have spare time, I love to read or watch documentaries. I’m not tapped into new music at all. I really don’t get many opportunities to check new stuff out. I wish I had more time, as there is loads of great music out there to discover.

Jimi Hendrix – Are You Experienced?