Interview with A Place To Bury Strangers 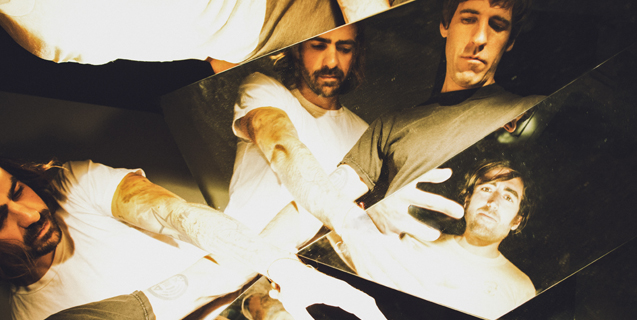 Part of the Brooklyn music scene since forever, A Place to Bury Strangers has continued to forge their own liminal, transgressive path. But the road to their new album was bumpy, stretching out over two years of writing and recording that by all accounts, contained various conflicts. Never mind that additional turmoil arrived with the news that front man Oliver Ackermann had to shutter Death by Audio, the classic indie rock venue in Brooklyn that he started back in 2001. All’s well that ends well though, and the final result is an 11 song collection of fracturing, adrenalized sound, Transfixiation. A Place to Bury Strangers just kicked off a national tour at the Music Hall of Williamsburg. Northern Transmissions was able to catch up with the band in this whirlwind of activity. Alice Severin had some questions for Oliver Ackermann.

Northern Transmissions: Hello – how are you and where are you?

Oliver Ackermann: Hello! Good, we are driving to Washington DC from Baltimore after a great show at the Metro Gallery. Stuck in traffic with a bunch of jokesters.

NT: The new album, Transfixiation, is now out. It seems to be a slight change of direction, with a harder, more noise oriented edge. What was your thinking while you were writing songs for the album?

OA: We wanted to write songs together sort of how we improvise during live shows. I wanted to capture that moment when something that is being created right in front of you works and is good and then string all of those songs together for a record. It didn’t quite work out that effortless for the whole record but there were some of those moments. We ended up coming from a lot of different directions for the record. It was a few years of our lives condensed in a few months.

NT: You recorded this album in Norway with Emil Nikolaisen from Serena-Maneesh. What made you want to work with him and what were the sessions like?

OA: We recorded only Deeper and We’ve Come So Far in Norway from this record but we ended up recording about 8 songs in total with him at ABC studios in Etne. The sessions were amazing. He is such an inspiration and perfectly integrated into what we were doing seamlessly and pushed everything in to something other worldly. He played guitar on the tracks, we all ran around like mad experimenting with everything we could get our hands on. It happened quick and it makes me really want to do something like that for our next record.

NT: Do you collaborate with the other band members more or less than you used to? Do you have a process for working on song writing?

OA: I think we did more for this record. It made sense with what we were doing and it makes for a more fun and stronger band. There is no definite process for song writing. You just have to be open and ready to put down ideas when you hear inspiration. It helps having recording equipment near at all times.

NT: “We’ve Come So Far” is intense but has the hook, a kind of danceable chorus while losing none of its edge. Was that an idea you wanted to experiment with?

OA: We didn’t go so far to think that exactly. We liked the sound of what we were creating and we did what we felt was appropriate for the song.

NT: At one point you had the unofficial title of the loudest band. What is it about volume that attracts you and do you think it’s still an effective way to make an impact?

NT: You’ll be touring in Europe this spring. You’ve had some adventures over there while touring. What’s been one of your most interesting memories?

OA: It was really wild being in Kiev and hanging out with people around the city and taking in the sites and then to see later in the news riots and destruction in the streets where there were such silly tourist things going on. It was really surreal.

NT: You’re well known for the pedals you design and build. Were you always into electronics, or was it something that grew from being a musician and wanting particular sounds?

OA: It was something that definitely grew from being a musician. I am interested in the way everything works so I really needed to be able to create and understand some potentials for the soundscapes I create.

NT: Death by Audio, the performance space, just closed. Are there plans to relocate? Do you think the redevelopment of Brooklyn is making it more difficult for artists and musicians to find new possibilities for space to create?

OA: I do want to relocate. It has always been difficult in NY. People will always be doing good things in NY – it just changes where in NY everything is happening. It is like the universe, constantly expanding so where planet earth was a couple of years ago, it isn’t there anymore.