Interview with A Dead Forest Index 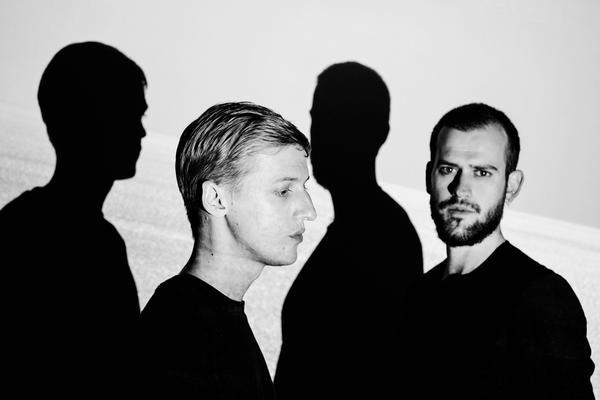 New Zealand bred brothers Adam and Sam Sherry have left their footprints on the soils of many countries. From their native Auckland, to the cities of London and Melbourne, A Dead Forest Index has progressed through its travels. With the bands debut album In All That Drifts From Summit Down slanted for an April 29 release, via Sargent House, and an opening slot on Chelsea Wolfe’s upcoming North American tour, the duo are poised for great things. The Sherry’s sound carries a very dark aesthetic; it is minimal and stripped down, unnerving in a thought provoking way. A Dead Forest Index has worked to create a world of their own within their music, reminiscent of the daily nature and beauty that surrounds us.

Northern Transmissions: You are a member of a band called A Dead Forest Index that is made up of you and your brother. What’s it like working both creatively and professionally with your sibling?

Adam Sherry: It’s close, you know? We’re close anyway, but our worlds are very intertwined personally and musically now. It’s interesting though, we have a good understanding musically and it’s quite instinctive. For good or for bad, it definitely works for us.

NT: But you started the band originally as a solo project.

AS: Yeah, I moved to Melbourne, Australia and it was going to be a solo project. A Dead Forest index was going to be a cycle of songs and then Sam decided to relocate as well, so we just started something together. As it progressed and turned into more of a band, we started writing more listenable songs.

NT: Is Sam in Australia then, as well?

AS: No he’s not, neither of us are actually. We’ve moved around, we’ve been a little bit nomadic. We’re from Auckland, New Zealand and have spent time living in Australia and London and now living in Leipzig, Germany, which is just south of Berlin. We’ve been here about a month now.

NT: That’s crazy, you’re all over the place! How do you like it there?

NT: Your debut album In All That Drifts From Summit Down is set for release at the end of the month. What can you tell us about the making of this record?

AS: It was written mostly in Melbourne and then we recorded in Auckland with an old friend. It was recorded in York Street Studios which kind of no longer exists unfortunately. It’s this really grand, old studio in Auckland, so we feel lucky to have recorded there. It was kind of slow going because we were living in London, moving around a lot. The sessions took place in maybe six or seven days and then we just kind of slowly worked on the mixes, so it was a drawn out process. The actual sessions were very quick.

NT: I can’t wrap my mind around the fact that you guys have been based in so many different places. I can’t imagine all the influences that you would get from those kinds of cities.

AS: It’s interesting because growing up in Auckland, you have to dig for influences, you dig for music. You’re hungry for anything. It’s a very creative place, New Zealand, and then I arrived in London and inspiration just hits you at all points. You’re flooded with the beautiful galleries and museums, all of the layers of history that go along with a city like that. It’s a different inspiration. It has been very interesting moving around. It’s been a combination of circumstance or personal lives or whatever’s happening musically. I’ve been really nomadic the past decade.

NT: I was going to ask you about how the music scene in New Zealand affected you. You say that you have to dig more for influence?

AS: Maybe things aren’t as immediate, but it’s a very interesting place for bands. There’s a lot of people doing a lot of unique things and no one has expectations about breaking out of that. People can be as abstract or as straight to the point as you want to be. If it breaks out to wide audience, that’s fantastic, but there’s a really thriving DIY music scene in New Zealand and a real excitement for going to shows. It’s my favourite place to play. People are really hungry for music. New Zealand is still home, even though we’ve been travelling around a lot. We always go back each year for a month or two.

NT: Are you looking forward to getting to play the new album there?

AS: Yeah, we’re still trying to figure that out because it’s just such a long way to go. Towards the end of the year, hopefully. I can’t wait to play there again.

NT: In All That Drifts From Summit Down has been described as “a testimony to the sublime divinity of nature and the cold reality of times passage.” Were there any outside situations or influences that affected that theme?

AS: I think growing up in New Zealand, whether you realize it or not, a lot of the themes or the lyrics instinctively are about the natural world and the undercurrent of everything. Traveling and remembering how powerful that is. Parts of New Zealand are some of my favourite parts of the world. It’s just really special, raw, and prehistoric in a way – the natural world up there. You feel very close to it and it kind of sticks with you. Especially living in the east end of London for example, where it’s kind of the opposite in ways. It’s concrete and cold, so you kind of carry those memories and that feeling with you. Those themes float through the record, for sure.

NT: You’re celebrating the albums release with a North American tour alongside Chelsea Wolfe. How do you feel embarking on such a long trek? I know that the tour stretches for a couple months, at the least.

AS: Yeah, it’s pretty epic. It’ll be great. We’ve never played any shows in the U.S. so we’re really excited about it. We actually just got our VISAs today so we can actually do it, which is great. Chelsea, her band and her crew are just fantastic people so it’s going to be a really exciting trip.

NT: Have you been to North America before?

AS: Just very briefly. I spent a little bit of time in New York and had some family living in Florida which was pretty interesting, passing through Fort Lauderdale.

NT: You’re going to see so much more now on this tour!

AS: Yeah! My first kind of contact with music was through America and American music. The history and the lineage is so rich and I guess in New Zealand, you kind of get exposed to that first rather than the stuff in Europe somehow. I’m very, very excited to visit cities that I’ve got a lot of attachment to musically but have never seen in real life.

NT: Several tracks on the album feature Gemma Thompson of Savages. What was it like collaborating with her? She’s a very talented musician.

AS: Gemma is the greatest, she’s fantastic. We toured with Savages and became really good friends with those guys. It’s kind of hard to describe our role with Gemma. She plays with us when she’s around, obviously she’s so super busy with Savages but she’s just a constant collaborator and friend. She’s wonderful.

NT: It’s so nice that you have these friendships with Chelsea Wolfe and Savages to help bring you guys out there more and expose you to wider audiences.

NT: What’s it been like working with Sargent House?

AS: Great. Cathy and her team are fantastic. We’re really happy with the way things are going and just excited to get the album out as a whole.

NT: I’m excited to see how it affects North America.

AS: It’ll be interesting. It’s not really incredibly immediate work, perhaps, so hopefully people sit with it. It’s kind of more of a whole. The record is an atmosphere as a whole.