Our Interview with Liss 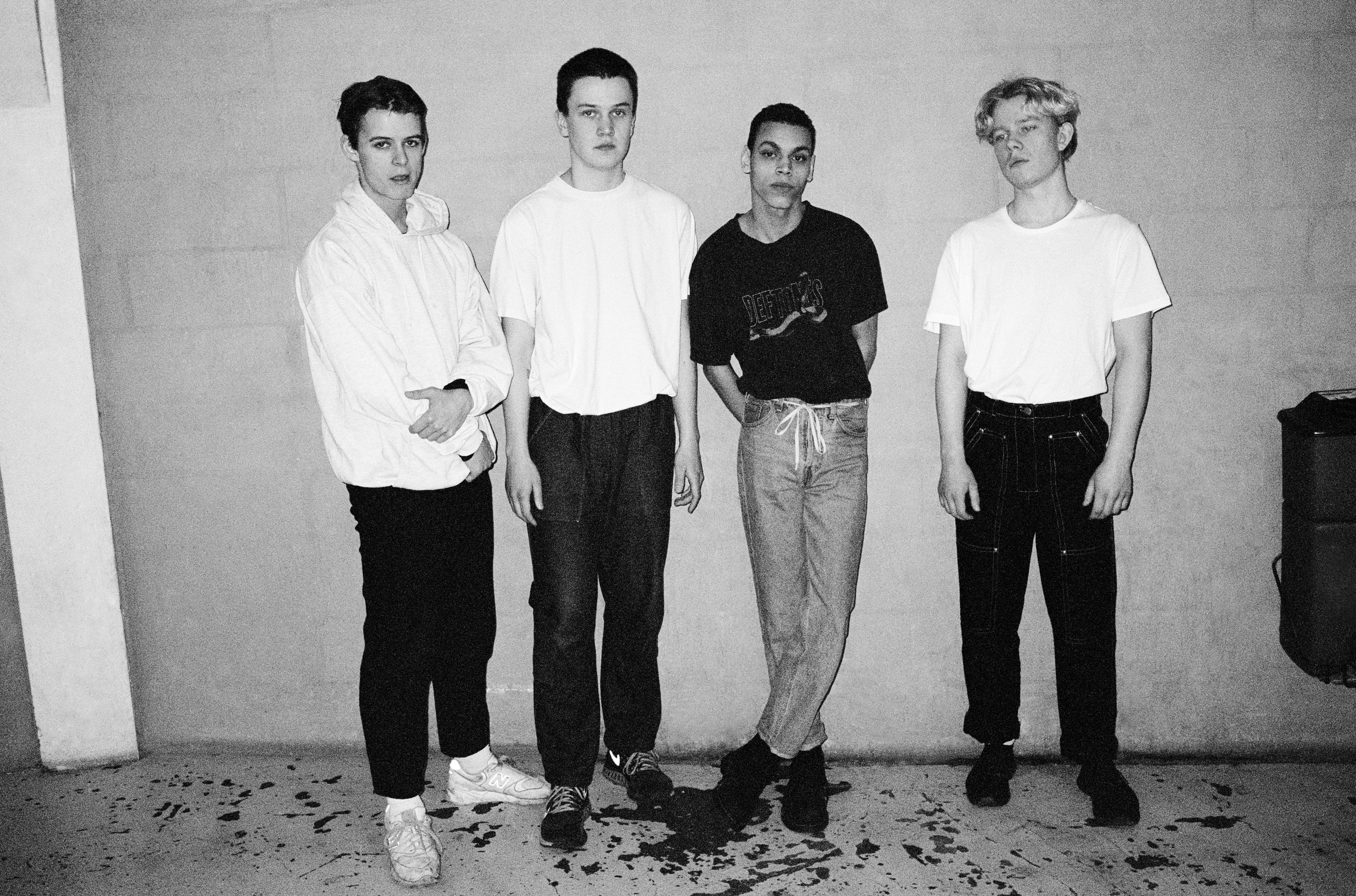 Photo credit: Simon Birk
Share on TwitterShare on PinterestShare on PocketShare on RedditShare on FacebookShare on Email

Danish-four piece, Liss, consisting of Søren Holm, Villads Tyrrestrup, Vilhelm Strange, and Tobais Laust, are making waves in Denmark, as well as the rest of the world. Already turning heads with their debut single “Try/Always” the young trendsetters are really to ready their debut EP on May 19th, with a North American tour starting on June 2. I chatted with two of the boys from Liss, while on their way to see XL Recordings label mate Adele, about finding their unique blend of “Nordic Soul” at the end of the rainbow, and the inside scoop on some new music on the way.

Tobais Laust: It’s really exciting when they play it on the radio. It’s a bit weird [laughs]

Northern Transmissions: Can you tell me a little about the whole experience of writing and recording the EP? You wrote at country getaway right?

Søren Holm: I mean, it’s kind of been a long process.

Søren Holm: Yeah, some of them are kind of old and a few of them are a bit newer. Yeah but we started a year ago, and we usually just jam out to the songs in our rehearsal room, and then we go to the summerhouse to produce on it. With this EP we spent some time in the studio with Rodaidh McDonald and a guy called Vera they were co-producers, in London and Copenhagen. Yeah, it took some time to get it right. We’ve done quite a lot of songs, some we didn’t use. I think because when we started the project was new so we didn’t know what to do except find our own sound. So I think that’s why it took so long because we had to figure out a lot of stuff. Have you heard it?

Northern Transmissions: Would you say finding your sound was one of your biggest challenges while working on the EP?

Søren Holm: Mmm, I dunno. I would say the songs weren’t ready, they weren’t good enough.

Tobais Laust: I think it all came quite naturally, but it just took some time. We changed a lot of the songs, we did new songs all the time.

Søren Holm: Yeah, we wrote some songs that were better, and those ended up on EP.

Northern Transmissions: There seems to be a link or a common thread throughout the EP, especially with song titles, were there some main inspirations for the EP?

Tobais Laust: Yeah, it’s a bit hard to say. I mean I think we were inspired by a lot of stuff, mostly everything basically.

Northern Transmissions: “Sorry”, “Miles Apart”, “Without Me”… nothing romantic going on there?

Søren Holm: Yeah, but I guess it’s just the natural way for us to do it. At the moment we’re working on our second EP, and I think it has the same kind of vibe. The songs are obviously different, but the feeling is a bit the same.

Northern Transmissions: And just speaking of musical influences, you have a wide range of them, from Bjork to funk music, what made you land on this unique blend of what’s been called “Nordic Soul”?

Søren Holm: How we found the sound? It was at the end of the rainbow [laughs]. One day just the four of us working outside and then we found the magic Nordic soul [laughs].

Tobais Laust: I don’t even know what Nordic soul is! I think it’s just a label someone else has given us.

Northern Transmissions: How has the music scene in Denmark influenced your music?

Søren Holm: I guess there’s a lot of do-it- yourself in the Danish music scene and now we do it ourselves, I guess.

Tobais Laust: People are good with supporting each other, and saying that you can do it yourself, and I guess we are inspired by that.

Northern Transmissions: What has the reaction been like in your hometown?

Northern Transmissions: I wanted to go back to your beginnings and ask how you got involved in music and what your musical backgrounds are?

Tobais Laust: Now it’s only the two of us, actually we are on the way to an Adele concert so we are in the car. The other guys are in the front, driving and having fun. Yeah, so my dad is a musician and a music teacher so I started really early playing music. We’ve always had musical instruments in the house and that kind of stuff. We were always listening to music so I think it came quite naturally.

Northern Transmissions: I heard that Jamie xx attended one of your shows, back in November, has he reached out to you at all?

Søren Holm: Well we talked at the show. He said he really liked it. It was pretty fun, we had a song that had a bit of a house vibe to it and when we played that song we could see that he was like dancing.

Northern Transmissions: Would you ever like to collaborate with him, are there any other collaborators you would love to work with?

Søren Holm: That would be nice.

Northern Transmissions: What keeps you motivated to get to where you are today, what is your advice for artists who are trying to make it?

Tobais Laust: Right now we are so busy doing a lot of stuff, so when we get the chance to do music it’s just really motivating. I think that’s what makes you better, when you’re busy doing what you love to do.

Søren Holm: I guess the motivation would be to only put out the best songs you have, and be humble. All the other stuff doesn’t matter. The most important thing for us is that we are enjoying it, and making the music that we want to make.

Tobais Laust: Mmm, I dunno, that’s a hard question. It’s our first EP and so I hope that people think it sounds fresh.

Søren Holm: We tried to make something that we find is original, we’re not trying to sound like someone else. It’s nice if all the bands and musicians could keep on pushing the music forward, I guess.

Northern Transmissions: What have you been up to since finishing this EP and what do you have in store for the rest of the year – you have a North American tour coming up right?

Søren Holm: At the moment we’re just working on our second EP and playing our songs at shows.

Søren Holm: We’re really looking forward to the summer and coming to the US, and then come around Europe, we have a lot of festivals.

Northern Transmissions: Do you have a lot of songs finished for the second EP?

Tobais Laust: Yeah, they’re not finished yet but I think we can see an end. Probably gonna be finished in a month.