Interview with Katherine Lieberson from TEEN 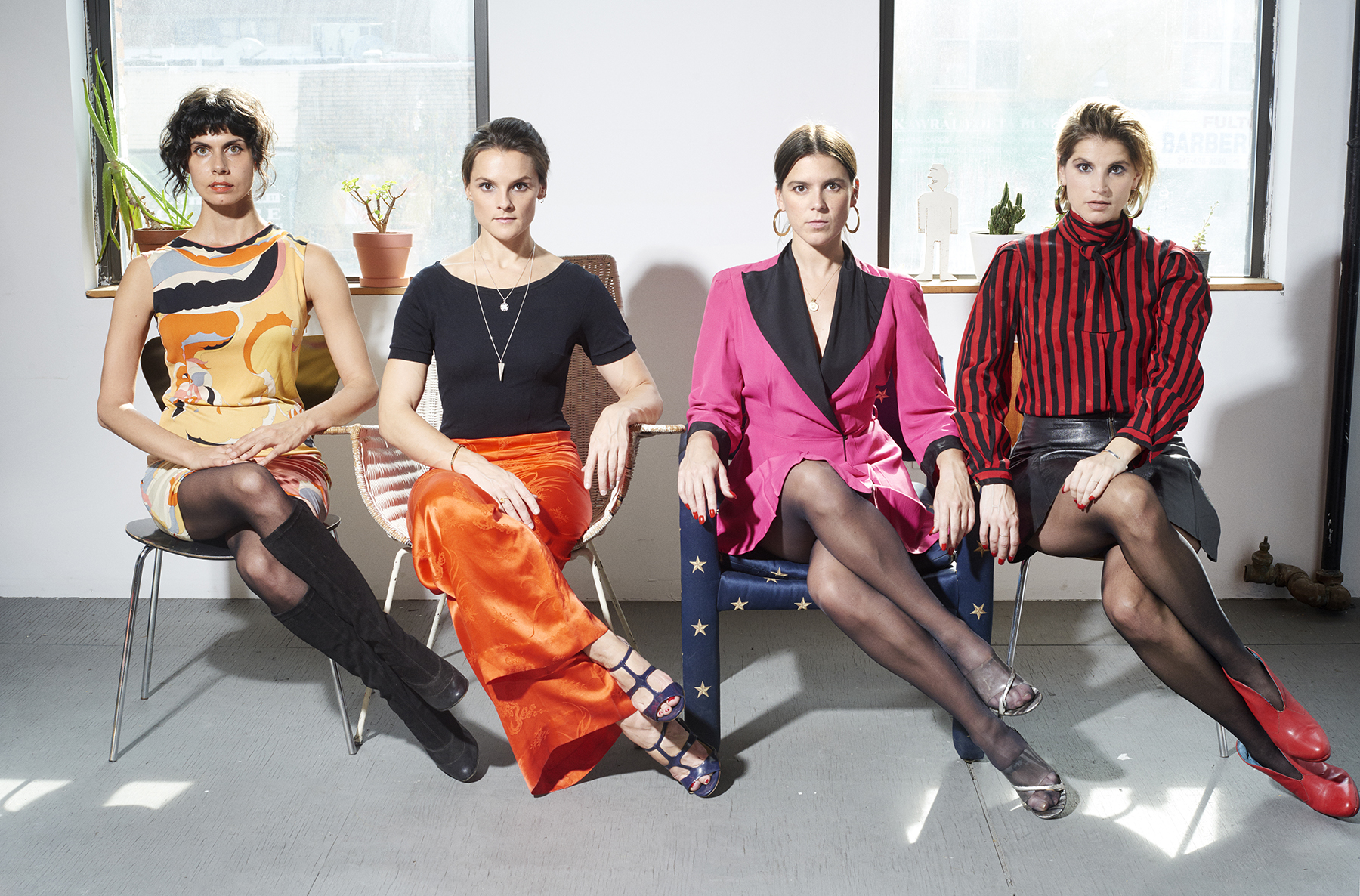 Brooklyn’s TEEN returns with its follow up to 2014’s The Way and Color. At the time, that album was hailed as something of a creative breakthrough for the band, with its unique take on D’Angelo and Erykah Badu-inspired R & B. The four-piece – made up of siblings Kristina (“Teeny”), Lizzie, and Katherine Lieberson, along with Boshra AlSaadi – had to that point established itself as a band known for its mix of pop experimentation. Discussing the intricacy of many of their song arrangements, drummer Katherine muses on a common thread of “still trying to hit that sweet spot of being accessible at the same time”.

Their latest release, Love Yes (out February 19th via Carpark Records), builds on the group’s previous efforts as a lush, bold new creation. That outcome wasn’t always certain from the start, as the band’s initial recording sessions presented certain challenges that forced the group to re-plan their writing approach. Jeffrey Powell caught up with Katherine on the phone to talk about those events, and the importance of stepping away.

Northern Transmissions: You guys initially began writing and recording for Love Yes in Woodstock last January. From what I’ve read though, it sounds like those early sessions weren’t as productive as you’d all hoped they’d be. What happened?

Katherine Lieberson: I think it was sort of a romantic idea that we had because we’d gone on retreat before to work on music. We just really like the experience of getting out of the city and going to the country and retreating. We were also fresh off a year of a lot of touring. We just wanted to write and come out of the sessions with a lot of new material, or at least a few demos. So, we had a really ambitious idea of what the month was going to be, but then it just kinda turned into cabin fever and we felt really stuck. Last winter was so harsh; we got snowed in a lot, and we all got really claustrophobic. (laughs)

In retrospect though, while it didn’t feel good at the time, it was actually a really important process for us to go through and realize that we didn’t have to put all this pressure on ourselves. We probably needed some time off and a little space from each other. And, that’s what we did. As soon as we realized we could give ourselves a bit of time off, things turned around. Then Teeny went on a writing retreat by herself in Kentucky in the spring and wrote a lot of the material that ended up on Love Yes.

KL: Our mom plays traditional American music; she plays mandolin and sings. The last few years she’s been going down to Kentucky to study and play music. She was there at the time and had a friend who had a cabin that Teeny was able to go to and live in for a couple weeks.

NT: So those songs were written over a couple of weeks?

KL: I think most of them were. Lizzie actually wrote “Please” while we were up at Woodstock. So for her, that winter struggle time was actually really productive and she wrote this beautiful song in that context. But then… I’m pretty sure most of [Teeny’s] songs were demoed over her time in Kentucky. We came back and arrange and work them out as a band.

NT: “Please” is a song that deals with the passing of your father in 2011. What’s it like initially to hear your sibling sing about that experience?

KL: When I heard the words, I think I actually started crying because it’s just so personal. She’s my baby sister so I always feel very tender towards her. Hearing her express that was really sweet. She describes it like a lullaby; like a conversation with someone who’s no longer here. It’s funny we don’t talk about it a lot, but when it does come up it’s obviously very sad for all of us. But, it’s also a big part of the reason why we wanted to play music and do something together at that point in our lives. The band really started working full-time after he died. That’s when we really committed to it.

NT: It’s not the first song that the band’s written that’s touched on your father. Have you ever felt like expressing that in the music has brought you guys closer together?

KL: You know it’s funny, we’ve never really talked about it in that way. I think it does for example with this song… I think that a lot of the times that songwriters, you express something that you feel really deeply and it’s very personal but you maybe wouldn’t express in any other way. It’s like talking about it through a song. I’m getting that message from my sister; about how she feels through the song that we’re playing. But, we don’t necessarily sit down and talk about it in a straight forward every day way. I think that sometimes the most difficult things are the hardest things to express in an every day kind of way. It’s an interesting question… we don’t really sit around and talk about it a lot. But it’s obviously there for all of us.

NT: Love Yes was recorded in The Old Confidence Lodge in Nova Scotia. The pictures I saw of it online looked really cool. What was it like to record there?

KL: It was great! It’s an hour or so outside of Halifax. We were in this little riverfront town by the ocean. The space was like an old lodge that Diego [Medina] took over and turned into a recording studio. It was definitely homey feeling; not like a super flashy New York studio that you might find yourself in. Once we got things all set up it was fantastic and really relaxed. We also had a longer time than we ever did. We did The Way and Color very quickly and had to do a lot of tracking and overdubbing and fixing things later.

We really took our time on this record and tried to play live as much as we could so that wouldn’t have to do a lot of overdubs. A lot of the songs are just the four of us playing together in one space. That was important to us because we really wanted to capture that feeling.

When we weren’t recording, we could walk outside and feel like the only person on the planet because there wasn’t anybody in this little town. (laughs) Or we’d go to the ocean. We love that! We’re from there, so it felt like coming home. Very comfortable and relaxed, which is how you want to feel when you’re recording.

NT: What’s the rest of the year look like for the band?

KL: We’re doing two weeks of dates and then going to SXSW. And then we’re heading out west; I think we’re going out to LA and then back east this time around. Hopefully, we’ll get to Europe in the spring / summer. We just want to tour as much as possible. We spent a lot of time writing, recording, rehearsing and now we’re just ready to play as much as we can.