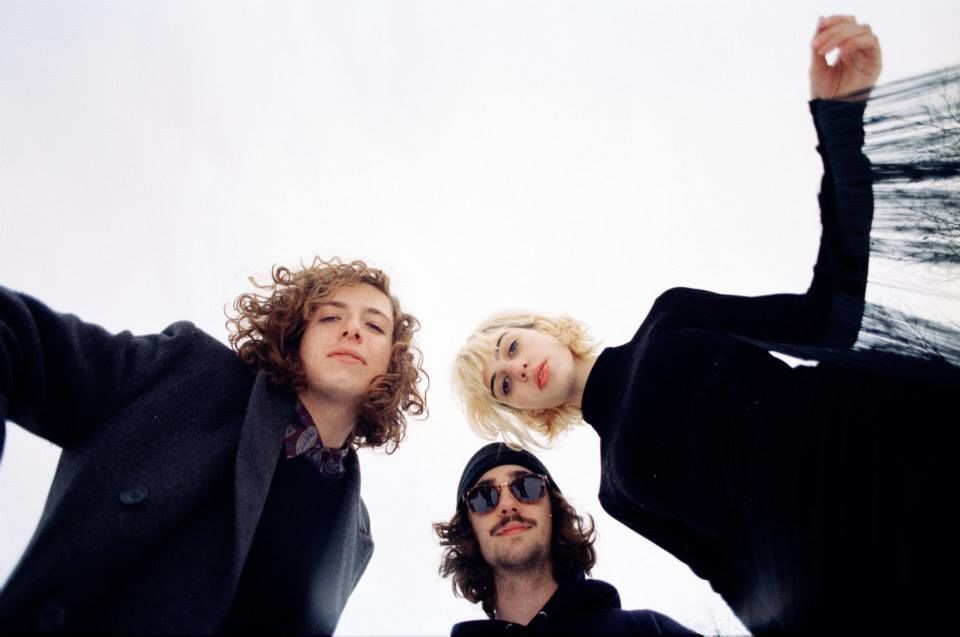 Sunflower Bean, self-described as “neo psychedelic for the digital age”, recorded a full length debut—set to release on February 5th. The band is a three piece ensemble out of Brooklyn, with a spaced-out, lo-fi sound that draws inspiration from the likes of Black Sabbath, The Velvet Underground, and The Cure. They’ve toured with DIIV and Best Coast, as well as had mentions from NPR and FADER. This inaugural record will only further amplify their prominence rolling into 2016.

The album, titled “Human Ceremony”, opens with reverberating guitar introduction, which leads into a solid hazy pop composure. Julia Cumming, lead vocalist and bassist, delivers breezy vocals with an ethereal effervescence. These are light, bubbly pop songs, with lazy, echoing backdrops that paint a kaleidoscopic landscape of distortion. The album parades fizzy, melodic vibrations beneath themes of existential loneliness and inevitable boredom. Melancholy and longing are clearly present in the lyrics and atmosphere of sound. There is also a yearning to escape, or even to “run away from the planet”, which is chanted on the last song of the record.

Northern Transmissions: What expectations do you have with the release coming up on February 2nd?

Jacob Faber: We’re really excited to get it out there, but also kind of relieved in a way. We’ve tried to make our first record a couple times now, but the time has never been right until this one. So, we’re definitely excited to get it released and tour it as much as possible. We’re all really proud of it, and it feels like now is the right time, and the album is together in the way we ultimately envisioned it.

NT: So you played something like over 100 shows last year touring, how was that process for you?

JF: Well, I think it was actually kind of by accident. But, we definitely tried to play as many shows as possible. In our other band, we were used to playing two or three shows a week in Brooklyn, so it wasn’t too crazy for us. It was a busy process, but we just kept going. Most of our shows were in New York, with the exception of a few in the northeast.

NT: Your upcoming tour is mostly in the UK, though, right? What are you looking forward to with being overseas?

JF: People in the UK seem to have a better appreciation for rock and guitar music. They seem more open to it, which is really cool. We’re excited to gather a wider audience of people, and I think our music will catch on easily in the UK. I’m also personally excited for all of the people I’ll get to meet. I’m definitely excited for our London show, and Amsterdam’s always really fun as well. Once we get back, we’re planning for a full tour in the States. We’re playing SXSW (South By Southwest in Austin, Texas) in March.

NT: Awesome. Have you been to SXSW before?

JF: Yeah, we went last year for the first time. It was really fun, kind of crazy but definitely really fun. We really looked for some good networking and exposure out there. We actually met our booking agent out there who had seen a couple of our shows during the festival. It’s all about playing your cards right, and making it work. We’ll be playing a good amount of shows at South By this year, but it won’t be overkill. We’re going to be focusing on more on playing solid shows, rather than too many shows.

NT: What festivals are on you playing during the next year?

JF: We’re doing Bestival in Europe, and End of the Road over there as well. We’re trying to do Lollapalooza and Austin Psych Fest (Levitation). I think we’re also trying to head over to Vancouver Psych Fest.

NT: You’ve listed some of your influences coming for both pop music and rock n’ roll; what are some pop/rock artists who are influential to you?

JF: I like a lot of Velvet Underground, The Birds, Beach Boys, and sixties pop music. We also were inspired to form a three-piece after seeing Unknown Mortal Orchestra.

Sunflower Bean should absolutely be kept on your radar this year, check out the album release on February 5th via Fat Possum Records.