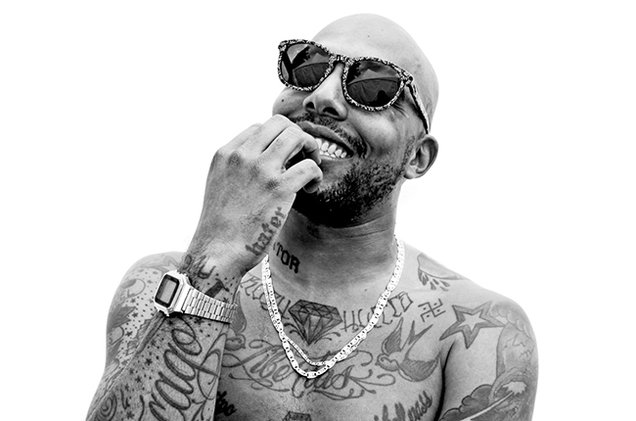 So HXLT (pronounced “holt”) is a hell of a guy to interview, even more to research. The Chicago native has had multiple incarnations of his self. He’s been a rapper (Hollywood Holt), a clothing designer, a DJ, a B-Boy (watch his So You Think You Can Dance audition), a stuntman, and now finally HXLT. The most recent release from Kanye West’s G.O.O.D. Music label. HXLT originally met him while hanging out with the Madden brothers from Good Charlotte. Hanging out with Kanye at his NY studio, he played them Watch The Throne (which he was working on at the time) and Holt played him his cover of Amy Winehouse’s “Back To Black”. Kanye, impressed with the song asked for it, to which Holt accepted. The backing track was later used on The Great Gatsby soundtrack featuring Beyonce and Andre 3000. Since then, Holt has been hard at work creating a truly unique sounding record, mixing his punk influences with steady-grooving beats.

Aside from being a father, “happily married” and overwhelmingly positive, the guy is full of stories. We talked on the phone for about 20 minutes about his musical family (his cousin, Mano, has produced for the Weeknd) and his life as a family man, but there are two stories from this interview where I found myself with my jaw open on the other end of the phone. Our condensed interview is below:

Northern Transmissions: So you’ve been Hollywood Holt, you’ve been designing clothes, you’ve been doing Treated. How do you feel about this particular incarnation of HXLT? This being the first taste that people are going to get of you.

HXLT: I think it’s the best because this is the first time that I didn’t hinder myself and I just made whatever I wanted without caring what people thought or listening to someone else telling me I can’t do something. The thing about this new project is it’s 100% me. There’s no influence, no “maybe I should do a version of this”, “maybe I should do a rap version”, I just decided to make music that I liked. And however it came out is how it came out but it’s 100% me. All of those other things about me are pieces of me, but this is all of me. Down to the melody, every song I’ve written, every beat I made, everything I played. If you don’t like it then you probably don’t like me.

NT: It’s interesting to note that you have a lot of punk influences too. In fact, your mixtape These Are Songs That Didn’t Make The Album But Are Still Cold As Hell So Shut The Fuck Up Vol. 1, sounds a lot like the title of a NOFX album 45 or 46 Songs That Weren’t Good Enough For Any Of Our Other Records.

HXLT: [Laughs] Oh yeah. You know what’s fucked up? I didn’t even know about that until afterwards. I know NOFX, they used to play “Don’t Call Me White” at the skatepark all the time, but I was never that big of a NOFX fan. Then I found out that album and I was like, “oh… shit.”

NT: This is something that I was a bit surprised by. The story of how you met Kanye West starts with you hanging out with Joel and Benji Madden from Good Charleotte. Can I ask how you know those dudes?

HXLT: Just to give you a little bit of background on how I carry myself: If you’re a good person to me, I’m your friend. When I say “friend” I really mean friend. I don’t call people my friend unless I really am your friend. I don’t call my acquaintances or people I’m cool with my friends. Before I was even signed, I was working on a bunch of records and Junior Sanchez reached out to work with me, and he had a record with Joel on it. Working on the record he called Joel, I met him on the phone, and we just chopped it up from there, then Joel had got booked to DJ somewhere in Chicago and randomly hit me up saying “Hey do you wanna hang?” I was like: “Hell yeah”. Our first hangout is what set the tone.

Now, I’m still in the streets fighting like crazy, got hella beefs with people, be wilin’ and shit. I used to hang out at my homie Vic’s store, he owned a store called Leaders on Milwaukee avenue, and I’m like, “I’m chilling there later” and he says: “Yeah cool, gimme the address”. I’m thinkin’ he’s going to tell me to come to his hotel or some baller shit. Dude rolls up in a cab jumps up, rolls out, hangs out no security or nothing and I’m thinking: “Damn, this motherfucker’s down as fuck.” We just start chopping it up. We went across the street to some random bar and just chilled.

And, this is back in the day before a lot of people were tatted up. This is before it was really popular to have a lot of tattoos, so back in the day if I saw a guy covered in tattoos I’d think this motherfucker must be down, Imma check him. So I was like, “you a tough motherfucker?” and he be like: “Nah, I be chilling man I just like this shit”. Everything about him, he had this zen-ness to him and I thought: “This is a cool motherfucker man”.

Later that night, he was like “I’m DJing this thing later. You should come. Bring all your homies”. So I hit all my guys up, I’m like, “Yo, we bout to go out to my man’s. He’s DJin’ this shit, we about to go.” So mind you this whole time he never asked me if I liked Good Charlotte, his music, none of that shit, he was just a nice dude. So me and my guy Hood Rich, we gotta couple bitches (this is before I was married), we pre game, then we all bounce to the spot. We drive to the hotel, this dude [Joel] valet’d all three of our cars, put us all in this big ass truck to take us out to the club.

He’s DJ in’ dolo [solo] in this booth and had this table full of alcohol and it was all for us and we all just got trashed and had a good-ass time. It was a dope thing for him to do.

And at the end of the night, one of the guys that we was kind of cool with, this nigga starts talking shit to Joel while we’re leavin! I think like, his realness like, kicked in: “I don’t listen to Good Charleotte”, he was embarrassed. Mind you, Joel didn’t say shit, he didn’t put his shit on nobody, he was just a dude that hooked it up. So I was fuckin’ furious, cause he’s embarrasin’ me! And this dude [Joel], fuckin’ valet’d your car, got you drunk for free, you had a good-ass time, and you gone start talking shit to him? So I slapped the fuck out of him and checked his ass. And we’ve been very close friends since then.

And I’m from an area where niggas don’t listen to Good Charleotte. People ain’t gonna like my music? If you like it cool, if you don’t then ain’t for you. If people are like: “you hang out with Good Charlotte?” I say: “Yeah, those are my niggas say something and I’ll beat your fuckin’ ass.”

So I bet you they probably have people that were weary of being their homies because of the kinda music they make, and that’s some suckah shit. To this day they’re my fuckin’ brothers and I love them because they’re good guys.

NT: Wow that’s amazing. Another thing, there are these old photos of you on your instagram where you’re in a basement and you got boxing gloves on, and it just says “ #TBT not my blood”. What’s up with that?

HXLT: Oh, I used to street fight, for bread. Sometimes with gloves sometimes it wasn’t. The ones without gloves I obviously didn’t take photos of. That particular one wasn’t even that. I used to ride mopeds like super heavy and we used to go to rallies. That was a moped army boxing match where you had to fight somebody from somebody else’s club and that was the first year our gang. Murder Club, went down and we just kinda beat the fuckin’ shit out of everybody that was there and kinda set a new tone. That shit was funny.

I just really like fighting. Not as much anymore I’m super chilled out and married and shit, back in the day there wasn’t a fight I couldn’t get in. I love fighting because where I’m from, if we fight and you lose, you might come back with a gun, so I gotta be worried about that shit. Then I went from that to the North side where you get in a fight with somebody and afterwards they buy you a shot or say “oh my bad”. There was no threat of like, dying after the fight, so I was just super hyped like “hell yeah”, cause i can fight my ass of and now I don’t gotta worry about you coming back to try and shoot me. I can whoop ass all day. Fight Fight Fight.

Then, I met some random kid who’re like big into UFC bullshit you know? and like uh, so I used to go they would invite me to like, go to these fighting matches and bullshit. So I would roll up with a couple hundred whatever money in my pocket and it would be like in muthafucking garages in the suburbs, like straight up, like some kids rich dad who’s a dentist like, don’t even know his son’s got a whole fuckin’ fight club in the garage while they gone at work. They would put up a couple racks, and I would fight the dude, whoop his ass then he’d fall. Then, every time this would happen, somebody else within the crowd would be like: “I wanna try” and he would put his money up and then I’d beat the fuckin’ shit outta him. Then I’d get all the money and leave. I was doing that shit for a minute then I just stopped getting calls I guess cause I was always just whoopin’ their ass.

NT: Well. Thanks so much for your time man. 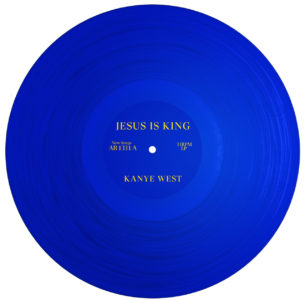