Interview With Grayson Sanders From Snowmine

Here’s our interview with Grayson Sanders from Snowmine. We talked a lot about the making of the band’s latest album Dialects. The LP drops February 3rd via Mystery Buildings.

NT: The band recorded Dialects then had Jake Aron (Grizzly Bear) and Yale Yng Wong (Here We Go Magic) come in for the mix. How did the process go working with those guys?

GS: We have quite a few friends in common and both those guys are from New York music scene — all the engineers, producers, and writers are basically all connected. The scene in Brooklyn is a pretty tight-knit one. Everyone was recommending that we work together; it turned out they wanted to work with us as well. We are a hands on band and like to be involved in most aspects of our music. We really wanted to work the guys as a collaboration. We also wanted to work with people who understand sonics and can get the right tones. Those guys really know what their doing: the process was really seamless. We were really happy with the way Dialects turned out.

NT: The album definitely has more of an ambient sound to it than your last album.

GS: I think at the time of recording, we had really grown as a band. We have played quite a bit together and got to know each other. This record is definitely more sombre and lyrical than the music we have put out in the past. We wanted the record to sound a bit more older around the edges. We wanted to use electronic drums, but in a more acoustic context. I think the whole album, from beginning to end, is more of an emotional palette as well.

NT: You recorded in a church. What was the atmosphere like?

GS: Yes, we were working at quite a furious clip. We were really trying to get everything done fairly quickly. I think the band was working from our gut instincts and premeditation. We only had a few days to record. When a song or melody came out and we liked it, we used it. In general, I think the sound really turned out beautifully. We set up a series of microphones equidistant so that we could really capture a unique sound.

NT: There are no samples on the album. Was the goal to capture a really organic or atmospheric sound?

GS: I think that we wanted to capture everything ourselves. It was a real luxury; we had string ensembles, vocal groups, and various wood instruments. We wrote ahead of time and everything we used was created by people. The song Safety In really sounds electronic, but it was recorded live then we used parts to create natural samples.

NT: The record chronicles a period of uncertainty in your life. Can you describe a bit about what you were going through?

GS: I was feeling a bit lost and burnt out with what I was doing in my life and what stage I was at. I basically quit my job, then packed a bag. I really wanted to travel and explore different things and wanted to touch base more with friends and family, kind of like open the channel more with them. I was lucky. I got to spend time and stay with a lot of people.

NT: The album has been streaming on a couple of sites. Do you have mixed emotions about this?

GS: We went back and forth about this. Spotify was really good and helpful to us. I think they treated us really well — we got great placement. It is really a positive thing because our fans will buy the album for sure. The platform really gives people a chance to listen to our music that otherwise wouldn’t get the chance. We have gotten really good feedback about the album from it. At first, I was kind of worried. Albums are also a different format these days, but now I’m glad we did it.

NT: The animation for the video Silver Sieve is really clever, and disturbing as well. Can you tell us a bit about the clip?

GS: The video was actually released last summer on the Web. We were talking with friends who work in animation, and they steered towards this piece. In the song, you can kind of visualize animation a little bit. The animator’s name is Martin Francis Smith. We have tried every way in the world of contacting him, and haven’t been able to. We really wanted to tell him we wanted to use his work. We took a piece from a project of his and cut it into pieces, then spliced it together in a different order so it matched. The video is about man’s struggle in life. The original clip was all royalty-free. I really hope he likes it. 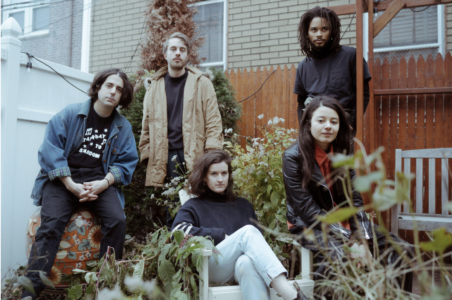 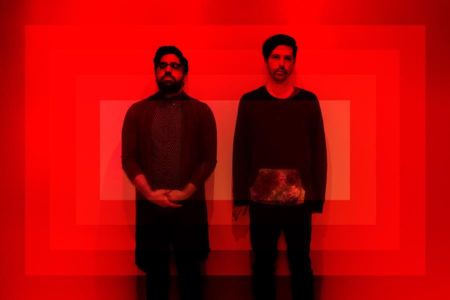